While the House of Blues is nothing new to Anaheim, as it has been at a Downtown Disney location for 15 years, it is relatively new to the GardenWalk where it took over a former movie theater location in 2017. Today, we’re going to take a look at this newer location, steps away from the original. When the House of Blues opened alongside Downtown Disney, a new piece of the expansion of the Disneyland Resort in 2001, the first band to play at the new venue was a group called Lit (“My Own Worst Enemy”). In the 15 years that followed, over 4,000 shows by different artists would play until that location closed in 2016.

Many Disney Parks fans may recall that around that time, Disneyland had announced a fourth hotel that would be coming to the resort. Several different businesses closed up shop in the area, including Rainforest Cafe, Earl of Sandwich, and the AMC Theater, for the development of this hotel. Though the timing would make it seem that was the reason for House of Blues’ departure, that wasn’t quite the case. The move was really dictated by space. The main music hall at Downtown Disney could only hold 1,000 people, and the restaurant could only hold 250. After all, the space made up a total of 23,000 square feet. A new location at the Anaheim GardenWalk could permit them some much needed square footage and some much desired breathing and elbow room. Twice as large as the original location, the GardenWalk venue now features over 40,000 square feet of space, with room for 2,200 in the main music hall, as well as the inclusion of the Foundation Room and the Parish, and a restaurant that can hold 325.

And for that spot at Downtown Disney? That soon became a Splitsville Bowling Alley, and that fourth hotel that closed other business shortly after never saw the light of day.

With the new location for House of Blues over at GardenWalk, they now have plenty of room and actually have four different stages for performances. One is in the Parish, a smaller room with a capacity of only 400 people so fans can get an up close and personal view of the artists. This area is so unique that many often book the venue for weddings. 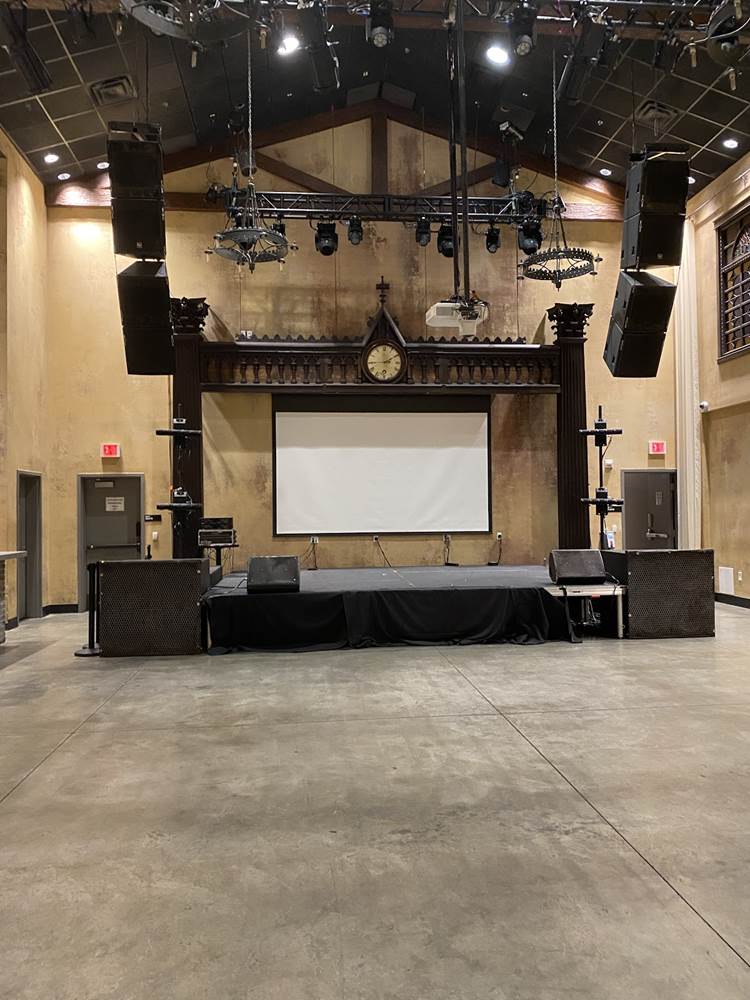 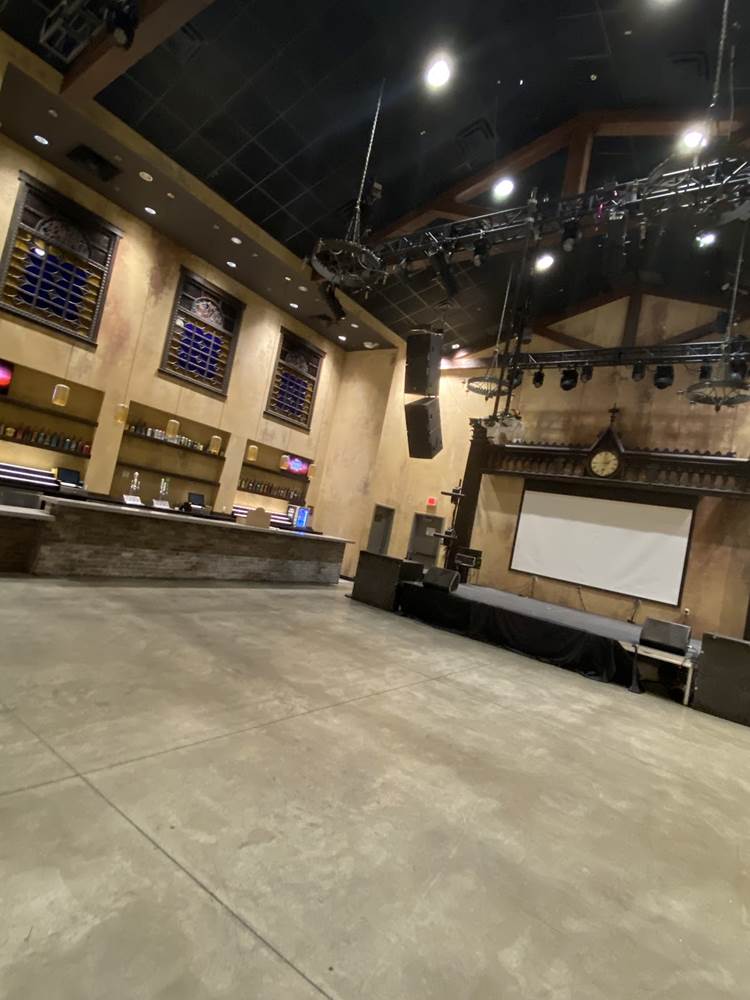 There’s also the foundation room, a beautifully plush lounge area (with its own bar!) located on the building’s second floor. This VIP Experience holds only 150-175 people at time, serves as thee after hours hangout at the House of Blues, and can also be booked for special events. It also has been touted as the ultimate experience for music lovers, providing that higher level of service and also offers a VIP membership program. 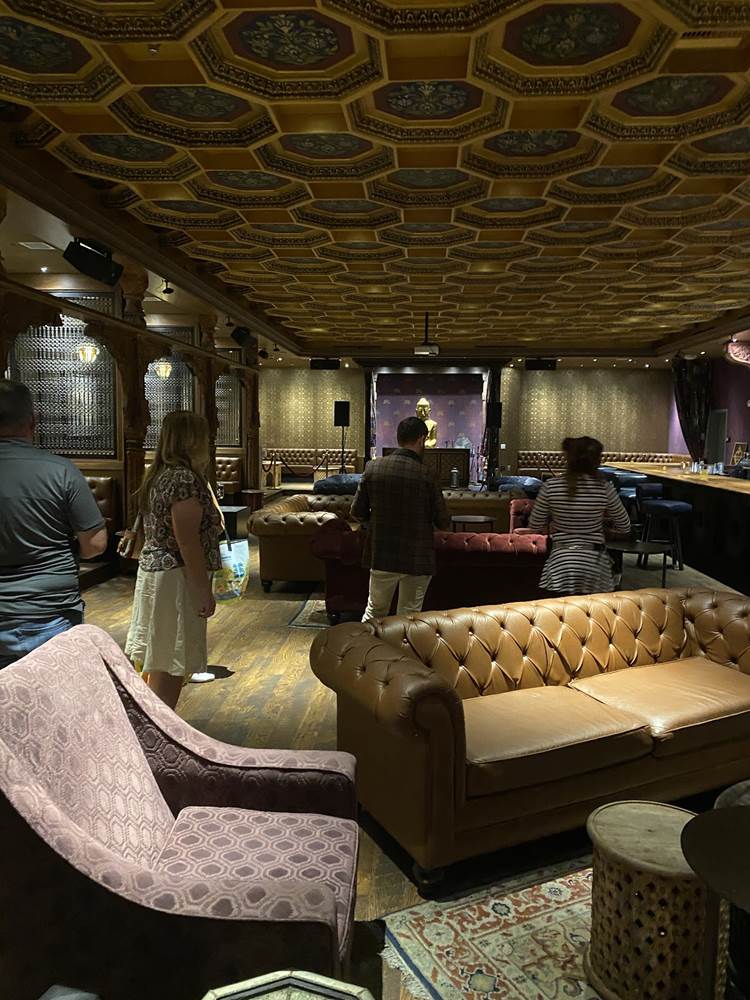 This is all, of course, surpassed by the main music hall of House of Blues Anaheim, which features that aforementioned 2,200 capacity. 1,200 more than the original Downtown Disney location. This larger capacity allows for bigger acts, already hosting Billy Idol, Andy Grammer, George Thorogood & The Destroyers, and countless others. The venue isn’t just limited to music, comedy fans can see some great performances as well. And the fourth stage (so theoretically four different acts can be playing at once) is another smaller intimate location, as it is part of the House of Blues restaurant, with artists potentially entertaining up to 325 people at a single time while they dine and enjoy the music. It's this restaurant that also helps to draw the starving tourists and locals inside, with a meni full of Southern inspired items all made from scratch. Anybody who has been will easily talk about the “Juicy Lucy” – a burger filled with cheese – or the acclaimed Voodoo Shrimp. Fans of House of Blues Anaheim may recall that before the Pandemic, a Gospel Brunch was offered as well as the popular Drag Diva Brunch. No date has been announced at this time for their return. 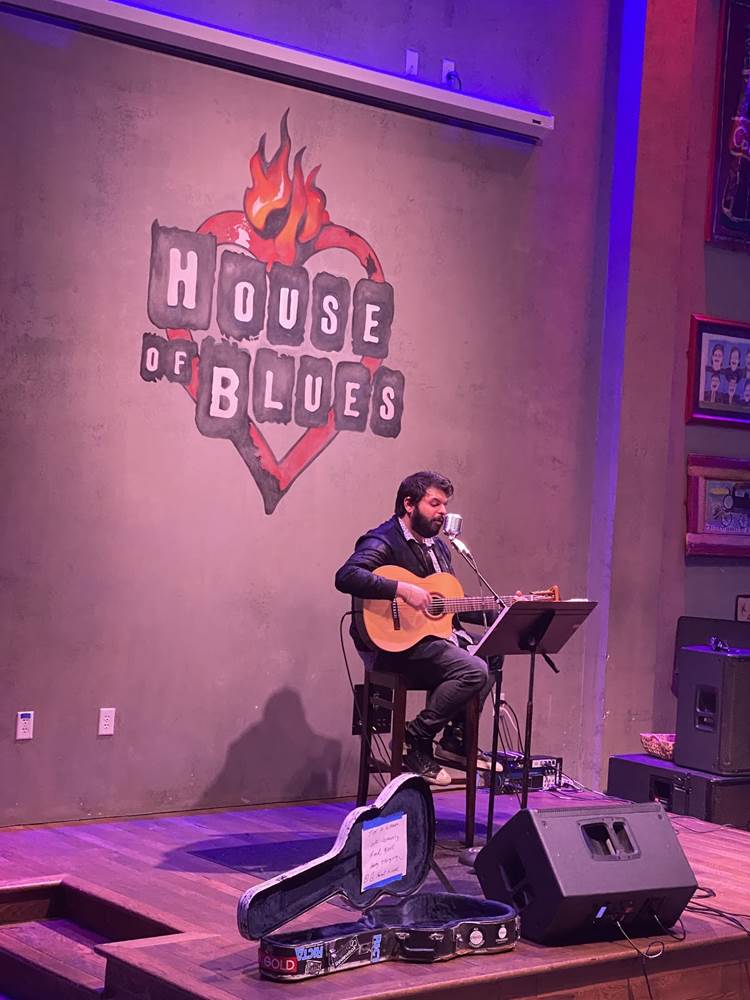 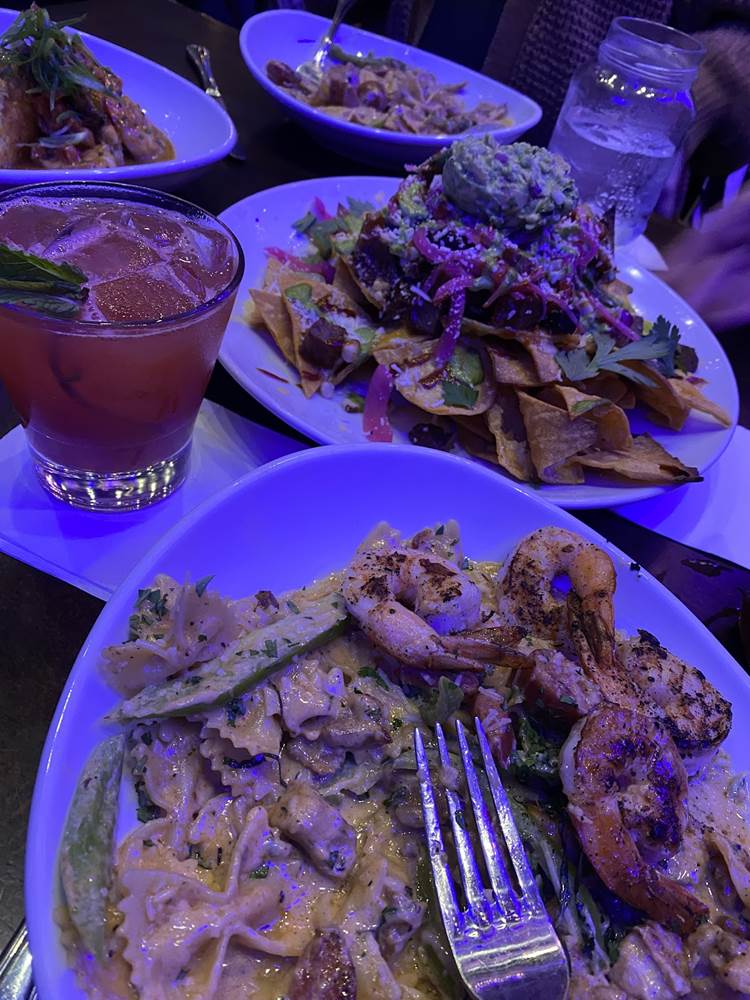 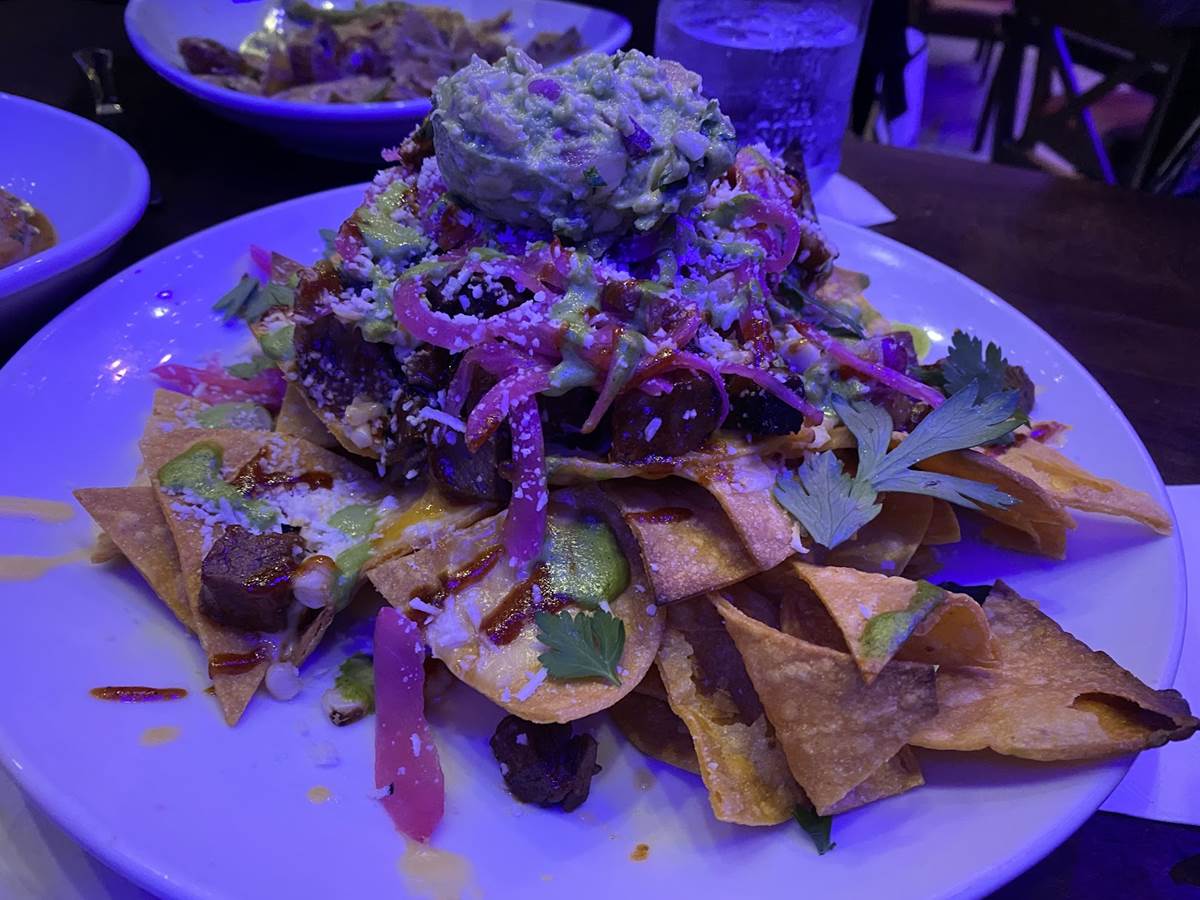 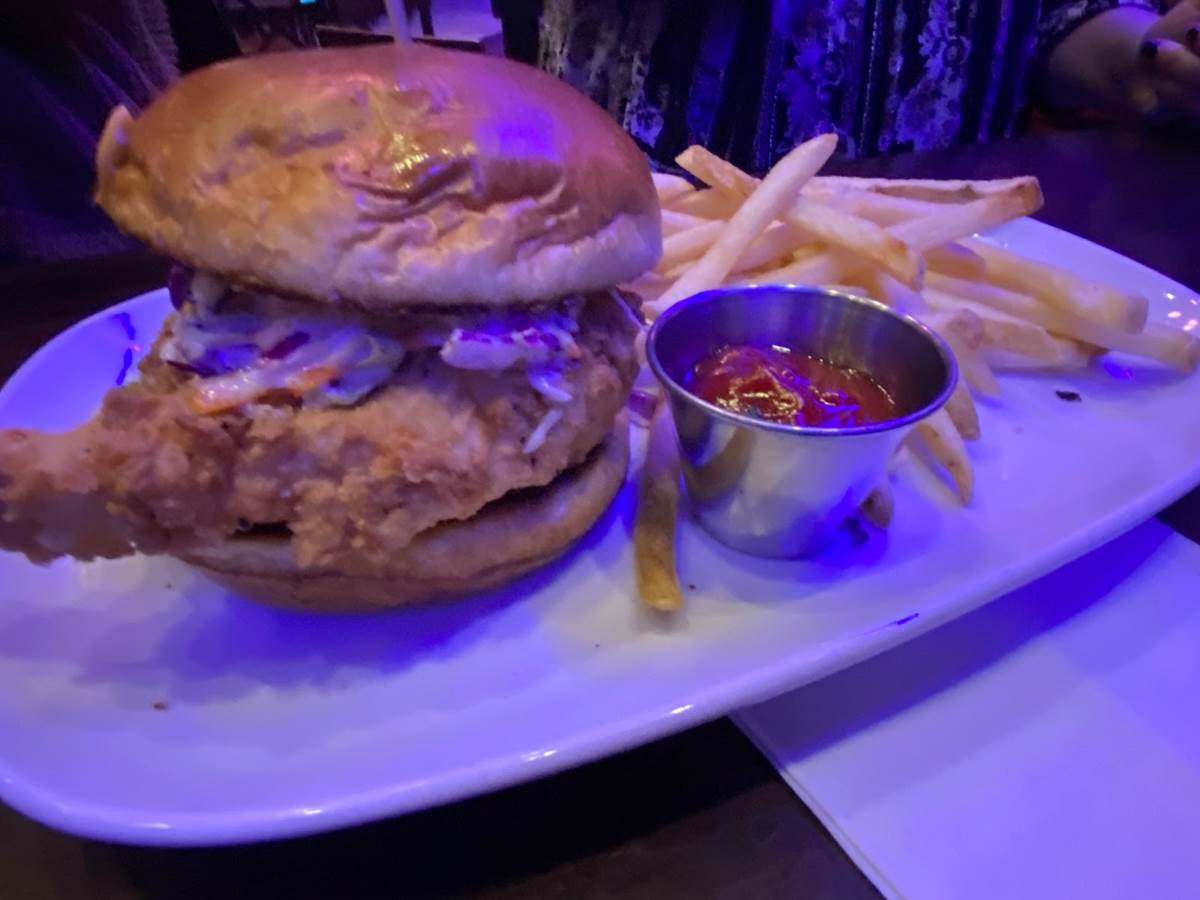 House of Blues, as a brand, is also known for their art collection, and also is in possession of one of the largest private collections of American Folk Art on permanent display. Across the 11 House of Blues locations, more than 7,000 pieces can be seen. The Anaheim location is home to many of these, as well as custom art pieces. Audrey Kawasaki and Johnny Rodriguez, also known as KMNDZ, are featured in this location, with Kawasaki’s “Shine On” piece on display in the Restaurant and Bar area, and Rodriguez’s piece in the entrance of the main music hall.

Something especially unique and location specific that I truly enjoyed (aside from the food, likely my favorite part of the venue as a whole) are the walls as you enter the music hall. Displayed along these walls are custom skateboard decks that are given to artists who have sold out this particular venue’s music hall. While you may scour the pictures below looking for what groups you can spot, I can promise you it's more fun to do it on the actual walls. 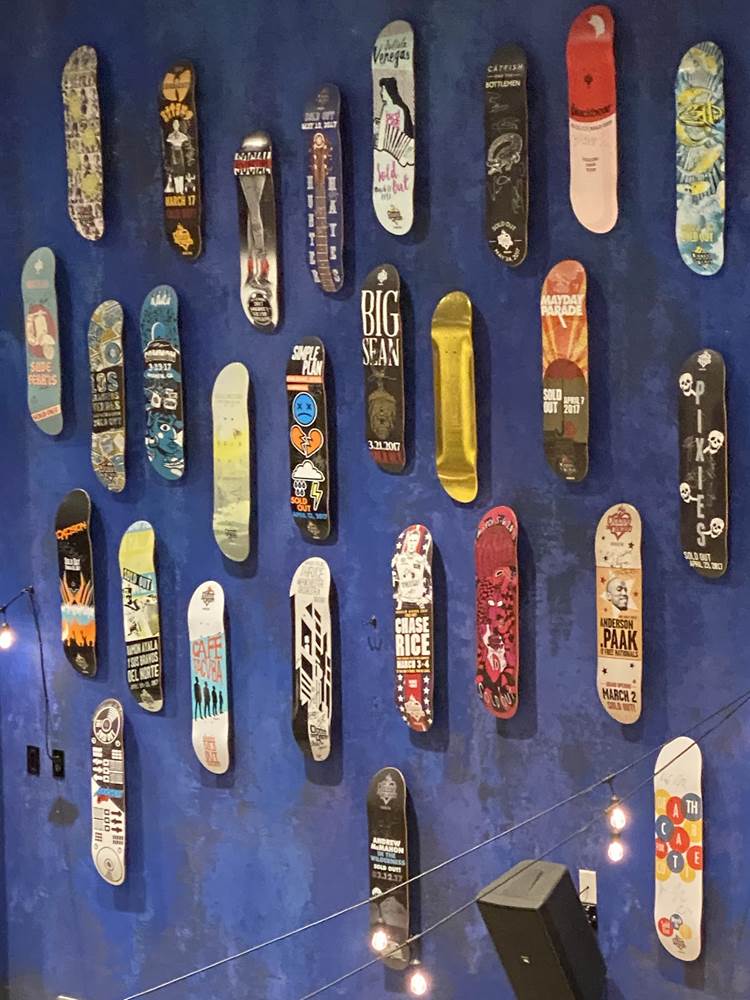 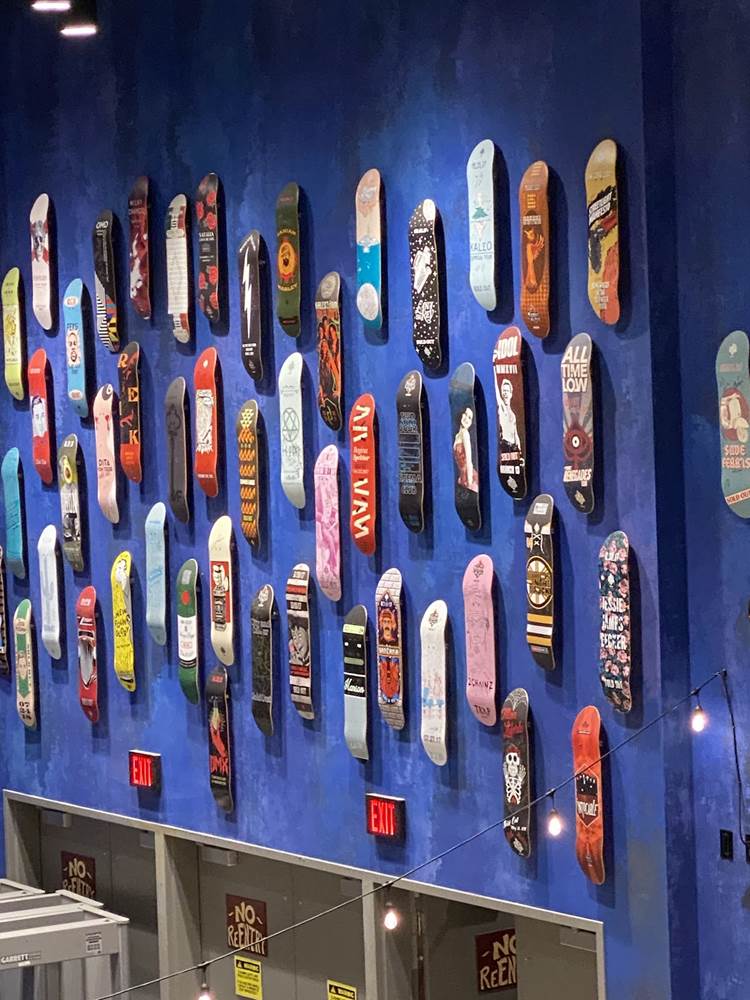 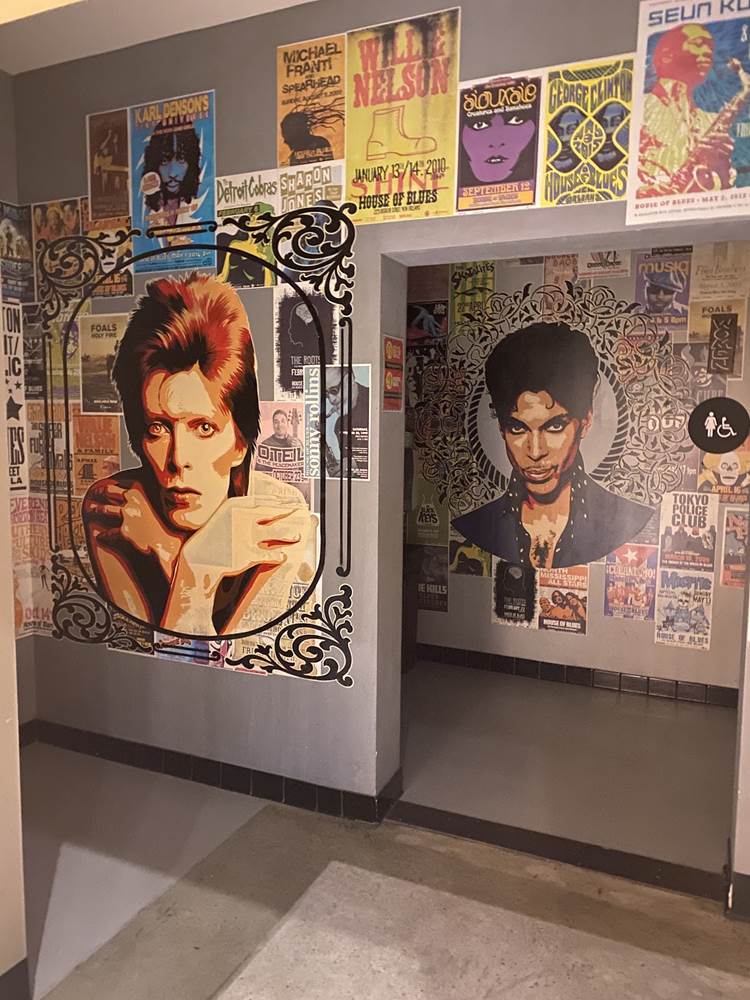 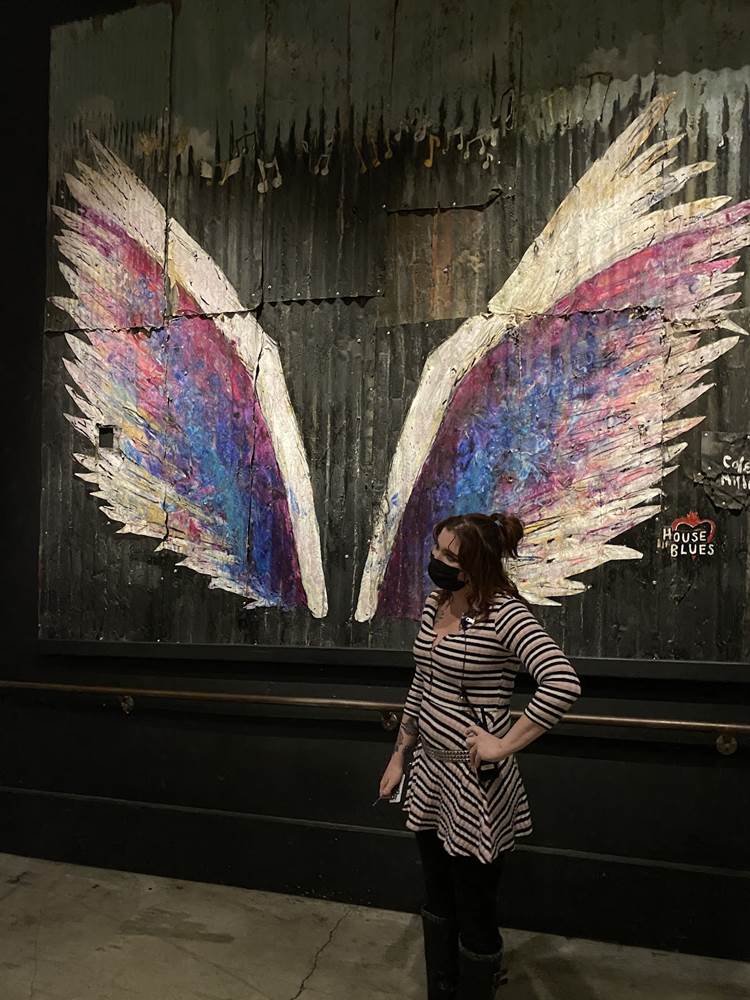 If you’re planning to dine and catch a show in the evening, be sure to ask about the “Pass the Line” offering. If guests have spent over $35.00 per guest in the Restaurant and Bar, they will be granted front of line access to the Music Hall show.

Until next time, Anaheim, I’ll just be sitting here enjoying the sounds of that acoustic guitar while scarfing down these shrimp!