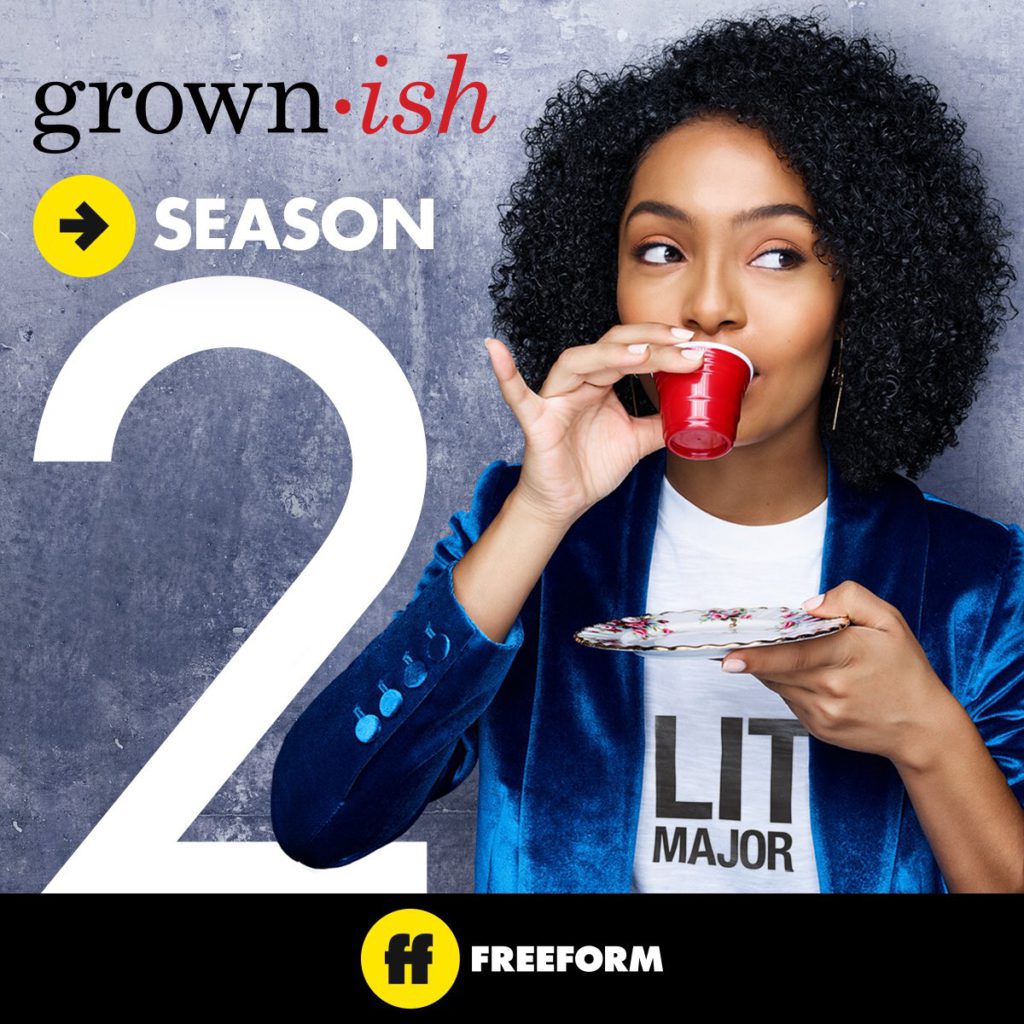 At today’s inaugural Freeform Summit, during kickoff panel conversation featuring Kenya Barris and Yara Shahidi, among others, “grown-ish” executive producer alongside executive vice president, programming & development, Karey Burke, surprised series lead, Shahidi, with the news that the network has ordered a second season of the critically-acclaimed breakout comedy. The premiere, which boasted Freeform’s highest debut for a comedy in nearly six years. You can read our review of the series here.