Why Epcot is My Favorite Park

Why Epcot is My Favorite Park

Disneyland the original is just that … original. But now more than fifty years after its opening, it's no longer one-of-a-kind with four other Magic Kingdoms around the world and countless knockoffs from other companies. Similarly Disney's Hollywood Studios, Animal Kingdom and Disney's California Adventure are – to some extent – variations on themes that can be found elsewhere within and outside of Disney. But there is one park that is a big exception to that rule, my favorite Disney park (that I've visited), Epcot.

Epcot is not only one unique park, it's two with Future World and World Showcase having almost nothing in common other than the fact they can both be found at a World's Fair. But even if they were separated, they would both be among my favorites. Put together they are untouchable. Why? I'll enumerate some of the reasons…

Food: When it comes to food, nothing comes close to Epcot with its around-the-world restaurants. It also benefits from two pretty good table service restaurants in Future World – Garden Grill and Coral Reef. And while I prefer to eat table service whenever possible, when time doesn't allow Epcot also has one of the best quick service locations with Sunshine Seasons Food Fair at The Land and numerous vending carts around the World Showcase offering much more than popcorn and churros.

Special Events: All the Walt Disney World parks except Animal Kingdom have special events, but none take over a park for an extended period of time like the International Flower and Garden Festival and the Food and Wine Festival. Epcot is perfect for hosting large events like this and each is done so well many guests plan their vacations around them. Each can also be enjoyed by everyone (no special ticket is required) though for those who want more, seminars, dinners, etc. are available (sometimes at an extra cost).

The Flower and Garden Festival

The Holidays: The Magic Kingdom's Very Merry Christmas Party is great and I go every year. But aside from that Christmas at the Magic Kingdom is a little disappointing as not even all the lands are decorated. The Studios is getting better with the addition of the Harlem Gospel Choir last year and I like Animal Kingdom's offerings as well, but Epcot again stands above the rest. Holidays Around the World is fun and educational allowing guests to learn the history of Christmas in various cultures. The Candlelight Processional is, of course, unparalleled in bringing real meaning to the holiday. The holiday finale to Illuminations must be seen (and heard) to be believed. And Epcot also has my favorite WDW Christmas Tree and my single favorite piece of holiday decor (shown below) 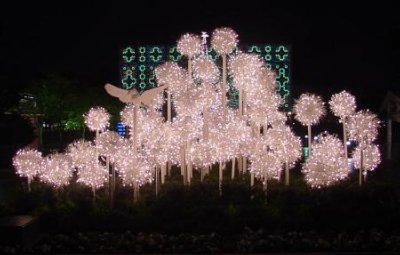 The Rides: I suspect this is the reason Epcot isn't at the top of most people's park list. And I'll admit, Epcot does not have the best ride selection. But that said, it's not bad. In my opinion, it has three headliners (Soarin', Test Track and Mission: Space – though I won't ride it), a spectacular dark ride (Spaceship Earth), a huge Audio Animatronic show (American Adventure) and a good selection of film attractions (O Canada!, Wonders of China and Impresisons de France). And as I always tell everyone, I consider each of the international pavilions to be an attraction in itself because they're staffed with natives of the country. There aren't too many places you can go where you can talk to many people from Norway, Germany, Morocco, etc. about what it's like to live in their country. That's an attraction to me. 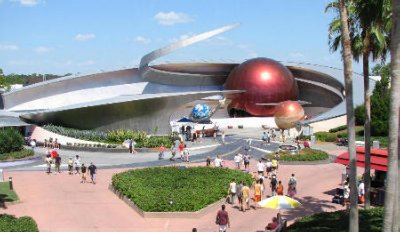 Illuminations: A show that can be enjoyed almost as much with your eyes closed. The music is that perfect. 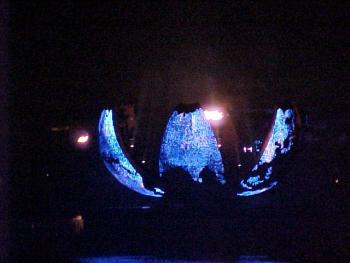 The Size and Layout: Some might consider this a negative. But the sheer expanse of Epcot and the fact that you can see much of at once is very appealing to me. Walking past Spaceship Earth towards the World Showcase and seeing the lagoon and the 11 countries surrounding it is one of the best sites in Disney.

It's Unique: This brings me back to the introduction. There is no place like Epcot. It can't really be compared to other Disney parks or any other parks, period. Busch Gardens is like Animal Kingdom and Universal Studios is like Disney's Hollywood Studios. Disney's Magic Kingdoms have more in common than not. But Epcot stands apart, unique, even 25 years after its opening. And perhaps this, more than any other reason, is why Epcot is my favorite park…