Jim Henson’s Muppets return to the big screen on March 21st, 2014, in Disney’s Muppets: Most Wanted. Leading up to the release, it is worth remembering where these characters come from and Jim Henson, the man who started it all. Speaking of his career, Walt is famously quoted as saying “It was all started by a mouse.” Well, it may come as a surprise that in Henson’s case, it was all started by a lizard. Kermit the Lizard, to be specific. Henson’s classic characters started life on TV when Kermit was introduced in 1955 on a local Washington, D.C., show called Sam and Friends… as a lizard. Sam and Friends ended its run in 1961 when Henson relocated to New York City and formed Muppets, Inc. where he met and hired Frank Oz. They quickly became a staple on talk shows with their characters, including Rowlf the Dog who first appeared on The Jimmy Dean Show in 1963. The success of his appearances lead to a short-lived variety show hosted by Rowlf called Our Place, which featured hosts such as Carol Burnett and Woody Allen. 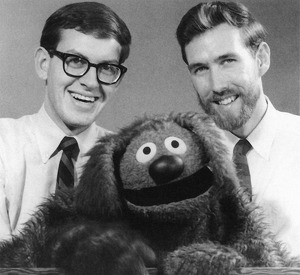 Henson spent much of the 60’s doing commercial work, but finally found success in 1969 when he was invited to be part of a children’s program created by the Children’s Television Workshop called Sesame Street. With a slew of new characters, including Big Bird, Oscar the Grouch, Bert and Ernie, Henson was able to expand his talents at creating marvelous puppets with great personalities. Kermit returned to the small screen as a news reporter on the show, this time as a frog with a frill on his neck. 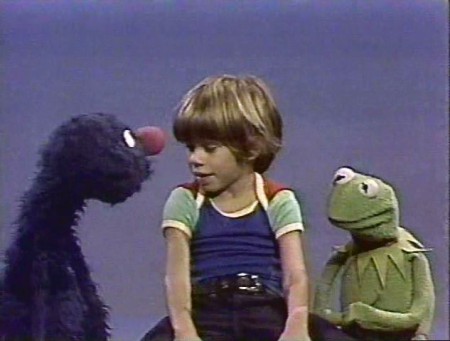 Henson produced a few TV specials under the title Tales from Muppetland. The specials included Hey, Cinderella!, The Frog Prince, and The Muppet Musicians of Brennan. These specials aired between 1970 and 1972 and introduced additional characters to the Muppet lineup. 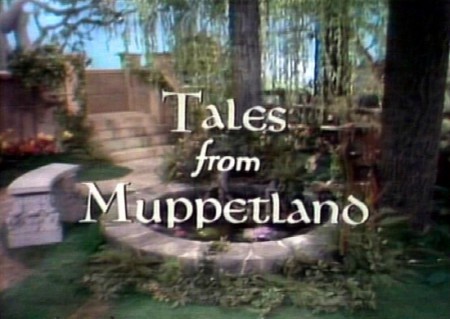 With a desire to not be forced exclusively into children’s programming, Henson formed a partnership with Lorne Michaels in 1975, creating sketches for his new series Saturday Night Live. The partnership wasn’t very successful and lead Henson to create a variety show of his own starring his characters that would be aimed at adults. American networks weren’t on board with the concept and rejected the pitch, but Henson found financial support in British producer Lew Grade. Henson relocated to England to produce The Muppet Show, which would be sold worldwide through syndication. Kermit was the emcee, with Rowlf joining a cast of new characters including Fozzie the bear, Miss Piggy, and Gonzo… I mean The Great Gonzo. 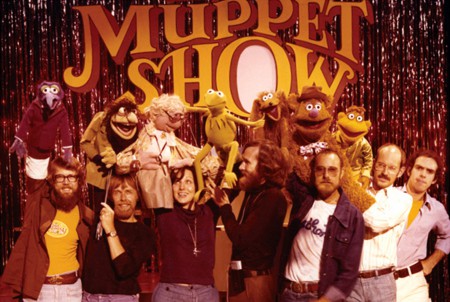 The Muppet Show was a huge success, leading to demand for a movie. Filming took place between the third and fourth season of The Muppet Show in America. The team decided to tell a story about how the Muppets found each other and ended up on TV. Filled with meta jokes and celebrity cameos, ITC Entertainment distributed The Muppet Movie, which was released on June 22nd, 1979. The film was a major success, both financially and critically. “Rainbow Connection” was nominated for best song at the Academy Awards, losing to “All That Jazz.” 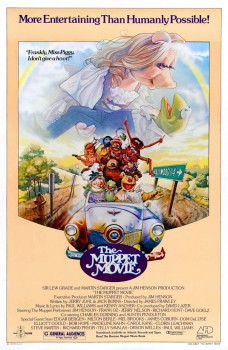 The success of The Muppet Movie inspired Henson to focus on feature films. Production on The Muppet Show ended in 1981 after five seasons. A direct follow up was filmed in England and released on June 26th, 1981, called The Great Muppet Caper. The Muppets stared in this original story where they unintentionally expose a jewel thief ring. Once again, audiences flocked to the theater to see these lovable and hilarious characters in action. While the film contained celebrity cameos, it relied on them far less, but still included meta jokes, including fourth-wall breaking references to them filming the movie. Universal Studios distributed the film, which ITC Entertainment produced. 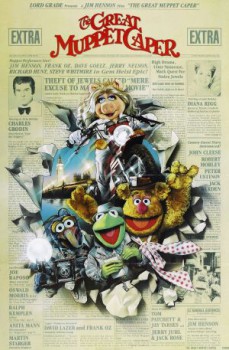 Henson decided to branch out creatively with a decidedly un-Muppet film called The Dark Crystal in 1982, which was co-directed by Frank Oz. It was a critical and financial success. Henson also reentered television with Fraggle Rock in 1983, but Jim was quick to return to his roots with a new Muppet feature. ITC was having financial troubles, so he partnered with TriStar Pictures, who released Crystal, to produce the film. The Muppets star as theater majors who go separate ways after college, but reunite to put on a Broadway show of their own against all odds. The Muppets Take Manhattan premiered on July 13th, 1984, and was another hit film for Henson. 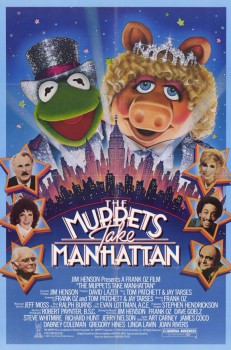 A flashback scene in The Muppets Take Manhattan featured the Muppets as babies, which sparked a spin-off television series. Unlike anything Henson had done previously, Muppet Babies was a hand-drawn animated series where the characters shared a nursery and went on amazing adventures by using their imaginations. Pop-culture was abundant in the series, which routinely featured the characters parodying icons like Star Trek and Indiana Jones. The series was a collaboration between Henson Productions and Marvel (yes, the same Marvel that Disney now owns) who were trying to expand into the television business. It ran from 1984 through 1991 on CBS. In 1986, Henson tried to recapture the success of The Dark Crystal with another dark fantasy film. Collaborating with Star Wars legend George Lucas, the team produced a film in England starring David Bowie and Jennifer Connelly in a magical musical adventure called Labyrinth. Critics were harsh on the film and it didn’t resonate with audiences, losing money for Henson for the first time since hitting it big with The Muppet Show. The failure hit Henson hard, who would spend the next few years feeling lost and unsure of what projects he should make. By 1989, Henson had decided that the stress of running his own company was impeding on his ability to make quality films and TV shows. He had made up his mind to shop around for a buyer of his empire, and he had his sights set on one company in particular.