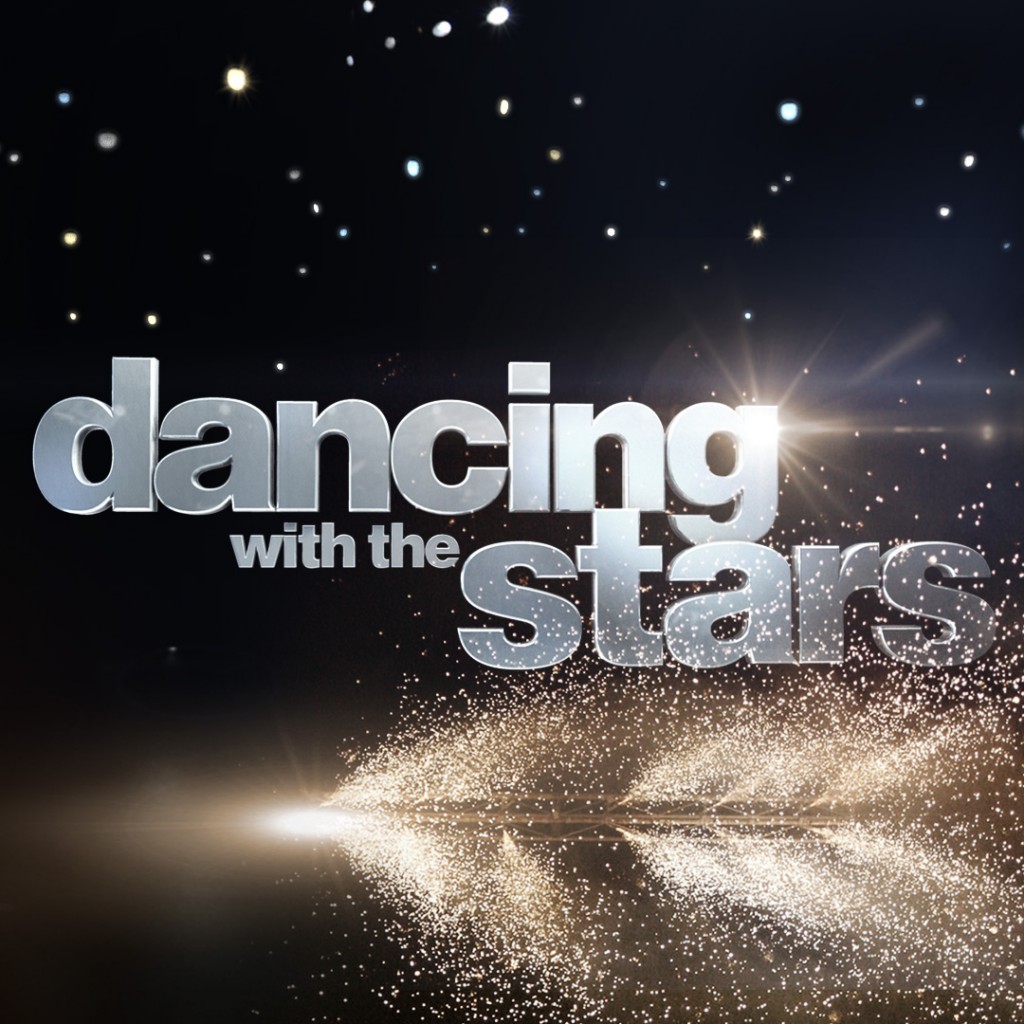 The special 2-hour LIIIIIVE finale aired last night and opened with a massive opening number that included all contestants from this season (including the irrelevant hockey player), a second circular stage behind the ballroom, every pro possible and enough sparkle to make you forget about the failed Jordin Sparks starring vehicle. It was a fantastic opening that opened a fantastic season ender.

Clips from Monday’s show were included, which saw Maks crying. I HAVE A CODE WATERWORKS. I REPEAT, A CODE WATERWORKS ON THE UKRANIAN INSANIAN. He was so happy that his final dance on the show ever was with Meryl, was a perfect score, and that his whole season had been such a success. Can they just make passionate love now? Please?!

James won, by a landslide, to be the encore freestyle performance, and deservedly so, as it was a super high energy and fun routine. It made me want to go krumping. Team Loca performed next, which was the group dance from Latin Night that Amy couldn’t perform in due to her back issues. Do you know what it included? THE RETURN OF THE DWTS MOSH PIT! 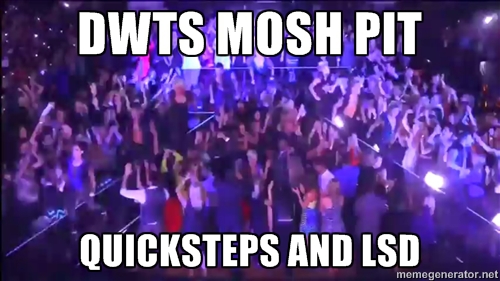 Iggy Azalea, whose debut album “The New Classic” is fantastic, performed one of the possible choices for song of Summer 2K14, “Fancy” and boy, it was awkward. She began, then stopped, then started again, then stopped again (it sounded like a Billy Dee Williams dance routine…HEY-O!), always being off with the under track. Then, she went on to blurt out “My in-ear isn’t working, I’m sorry,” all while looking livid and dressed in a Cher from Clueless prom dress. She ended up finishing the song regularly, but her face afterwards needs to be the new “Mckayla Marooney is NOT impressed” meme, ‘cause she was vicious looking.

Amber Riley sang a small part from her new single, “Color Blind,” coming back from commercial break, ‘cause why the hell not! Drew and Cheryl followed up with a quickstep that included about 5 male pros that was super fun. Drew danced the best he has ever danced and it didn’t even matter. *cue Price Is Right losing sound*

There was a hilarious Erin Andrews montage (I’m going to try and persuade them through a Twitter campaign to take over for Tom one episode next season), a Meryl and Charlie dance solo and the return of the hair diva herself, Mrs. Nene Leakes. And…NENE LEAKES WAS WEARING A HEADBAND! And she killed, dancing to Beyoncé. Danica and Val danced their Beauty and the Beast number, with the goal to piss me off about the wrong dress being worn. It worked.

Cody Simpson sang his single “Surfboard” and I puked a little in my mouth. Moving on.

Charlie and Sharna resurrected the Mary Poppins routine and Charlie went and BROKE THE UMBRELLA! First the cane, now this. Thank the heavens Olympic Ice Skating doesn’t allow props, ‘cause they’d be screwed. Maks and Meryl were interviewed on their relationship and Maks described how he wanted to marry her and have babies. Thank you for that beautiful sentence, Maksim. Thank you, on behalf of America, thank you. James and Peta followed with their Michael Jackson number. Peta is forever bae.

Ariana Grande came out to sing her hit single “Problem” and utilized the same choreography she has used for the dance in every TV performance she’s done. Oddly enough, Iggy Azalea is featured in the song, yet she didn’t sing it here. Was she too busy throwing sequins at the sound guys of the show backstage? I’m going to say yes…allegedly.

Walgreens sponsored a fantastic dance number with Amber Riley who slayed. All I could imagine was Walgreens tweeting a video of their performance to Macy’s with the caption “Suck It.” Alas, it didn’t happen, but it would’ve been great.

Now the fusion dances began. Each pair was given two dance styles and had to combine them into one, fluid routine. Oh, and they only had 24-hours.

Amy and Derek began with a tango/cha cha that was fantastic. Killer leg flicks were a plenty and they brought me so much joy, it was unhealthy. 3 Tens from the judges.

Candace and Mark danced a quickstep/samba, but in rehearsals, Candace let out a quick plea to be on the all-star season, which I am OK with. It wasn’t good as her freakin’ incredible jazz routine last week, but it was still pretty great. Judges were happy she ended on a high note. 3 Nines from the judges.

Meryl and Maks rounded the performances with a foxtrot/cha cha that included a rip away skirt, so automatic points from me. It was stunning and she was stunning. I know, big shocker, but she really looked like a pro out on the floor. Carrie Ann said the highlight of the season was them and Len said it was the best dance to happen since this may be his last season. Wait…WHAT?! Mr. SEHVEN is out?! SAY IT AIN’T SO! Either way, it was amazing. 3 Tens from the judges.

“Human” was then performed by Christina Perri and was accompanied by montages of the finalists. There were many happy tears. I want to be Tom. Anyway, they revealed that 3rd Place was…Candace and Mark. She knew it and was so happy! She was just so ecstatic that she made it through every dance on the show and was able to learn more about herself. Praise! I really hope she would return if they ever do another All-Star season.

Then, after some dramatic lighting and music, the winner of Season 18 of Dancing with the Stars is…MERYL AND MAKS! They deserved it, they were incredible and consistent the entire season.

Let me know in the comments below what you thought of the season, the winner, and what you would like to see in these recaps in  for Season 19!

It has been my favorite season of any reality show I have ever watched and I thank you for reading these recaps and enjoying the show just as much as I have. I will be back in September for Season 19 of DWTS, until then…Dance on!