Now that MyMagic+ has officially launched, it is time to give the program a review. While I have participated in some tests, I recently experienced the program for the first time fully rolled out so I feel now is the first time it is fair to provide a review of the MyMagic+ product. 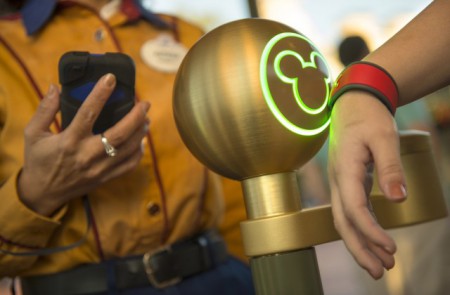 First, let me address the white elephant in the room. Yes, MyMagic+ had some challenges and yes, I don’t know if it ended up being worth the cost. And while all of this may be true, I am going to judge the program as it stands today without focusing on the circumstances surrounding it. MyMagic+ may have cost us better experiences, but it is unfair to judge something against “what could have been”

So what’s the bottom line? I like MyMagic+. Normally I am weary of bringing technology into a process that is not broke. Sometimes people introduce technology because it is the cool thing to do, not because there is any benefit. Does anyone remember those online concierge machines Disney tested several years ago? But here Disney found a way to make things better, for the most part. There is no doubt the app had issues and still needs work. At times, it seemed as though the folks behind it don’t visit the parks nor did they ask the folks running the parks for input. That being said, I have been pleased in the progress being made to make it more user friendly. They have also been addressing the issues that have come up. The first time I tried to introduce my Premier Pass into my MDX account it was a mess. I spent four hours on the phone and it took days to get it resolved. I recently renewed my pass at Disneyland and I was able to update my profile before I got off the Toy Story parking shuttle. Currently the fact that additional experiences must be added at in park kiosks combined with their lack of user friendliness has caused a barrage of Cast Members at make-shift FastPass+ locations to assist guests. This looks like a spectacular waste of labor, that could be used on something else. Hopefully as the app and kiosks get fine tuned, the level of cast support will come to a more normal level and those cast members can find other ways to make magic.

However, I digress. Let me get back to my experience. I booked my FastPass+ reservations shortly after my window opened. The only experience we couldn’t get was to meet Anna and Elsa at the Magic Kingdom. As we got closer, we made minor adjustments and we added a Star Wars Weekend experience. After we did that, I felt a feeling I have never felt before my Walt Disney World trips….relief. I knew that some of my “must-dos” were locked in. While there is always more that I would like to do, I knew going in that I was going to do some of the things I wanted to do. It also gave the day some structure. Under the old system, making plans was difficult as we never knew when our Fastpasses would be good for. Now, I could make dining reservations without worry. This also assisted in getting family members to commit to a plan before the day begins, which used to be a challenge

On the days I got up at rope drop, I was surprised to find out how MyMagic+ has improved the experience. Instead of going to point A to get a FASTPASS, I just went to the attractions that I could not get a FastPass+ for. Therefore there was far less running around. When I reached the mid-point of my trip and I wanted to sleep in, I was able to do so knowing that I wasn’t giving up the chance of riding Test Track. True, the system restricts those that are fans of park hopping, but what worked for me was to make reservations for the afternoon and visiting another park at opening and walking on the attractions. That plan won’t work for everyone, but it fit my needs.

One day, we noticed that our FastPass+ for Cinderella and Rapunzel disappeared. At first we got anxious. But then we realized there was a placeholder FastPass+ that we could use at select Fantasyland attractions. I am not sure why this happened, but the end result was that we got to meet Anna and Elsa. 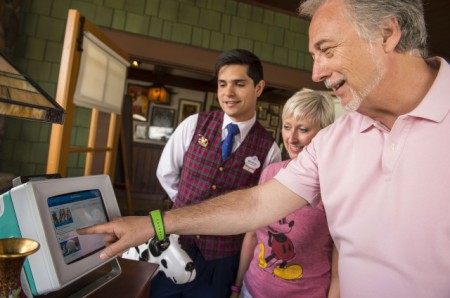 There are still some flaws with the system. The MagicBands are awkward on the wrist. I chose to just keep it in my pocket and to bring it out as needed. Also there still seems there is work to be done in linking MyMagic+ with the resort system as the checking in process was not as streamlined as promised. The theme park entry process also seems to be taking what seems like a simple process and overcomplicating it. Finally, the garrison of cast members assigned to support the system is unbelievable. There are so many that they just seem to spend the afternoon talking to each other instead of being productive.

That being said, I am a convert. While I would still have preferred a major E-Ticket attraction, I am glad MyMagic+ is here. I hope that they don’t pull the plug in improving and further integrating the system as the majority of the leg work is behind it. There seems to be a marked improvement in the last six months of the MyMagic+ journey. Now that they are on track, I hope they keep on going.