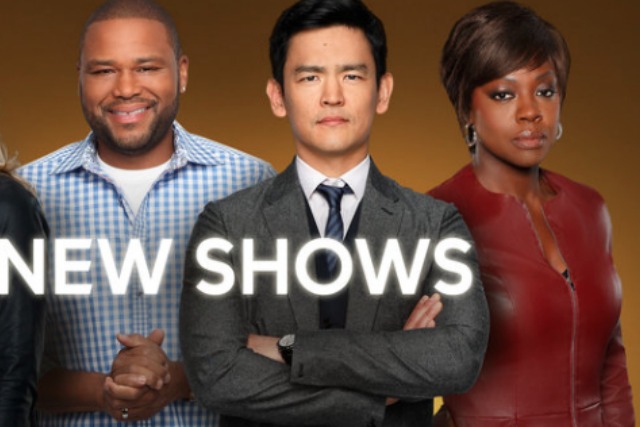 It’s that time of year again! When ABC releases a slew of new programming that you kind of enjoy watching for 3 weeks, but get pulled off the air before you can make a real judgment on the program as they start to share the same relevancy as beloved shows like “No Ordinary Family” or “Lucky 7”. (I could’ve said a show was “Who Wants to Own a Pet Pig?” and you would have semi-went along with it, because you completely understand what I’m saying).

This year ABC is throwing at us a diverse landscape of comedies and dramas, in both the stories portrayed and the types of people showcased. While many will play the “premiere month games,” only a select few will make it to a full season order, and even fewer will receive a Season 2. (#RIPTrophyWife) Take a gander at some of the most anticipated shows for the fall season.

“How To Get Away With Murder” not only wins the award for longest TV title that I will put into an acronym for easier live tweeting purposes, but also for one of the most talked about dramas for the fall 2014 season. Viola Davis makes the jump to television in a new show produced by soon-to-be Disney Legend (admit it, it’s gonna happen) Shonda Rhimes about a law professor who teaches in a very particular way. Her students end up getting entangled in their own crime, and in typical Shonda fashion, all hell breaks loose. Frankly, I wouldn’t be surprised if someone has sex with the president on an operation table by episode 3. I had the chance to view the pilot, and it had a better first outing than “Scandal”, in my opinion, so I’m excited to see where Shondaland will take us on this crazy journey. It premieres Thursday, September 25th at 10pm.

“Forever” seems, from the trailer, to be a mix between “Tuck Everlasting” and “Castle”. A NYC medical examiner is one of the best in the nation, but he has a tiny little secret…he lives forever. Every time he dies, he reappears in the river, completely naked (try to explain that one without sounding like a Charlie Sheen wannabe…or Gary Busey on a normal day). The show looks like it has that “Veronica Mars” feeling, where it is a procedural, but there is an overarching question that faces the entire season. They just announced that Lorraine Toussaint will be joining the cast, and after her stellar turn on “Orange is the New Black”, I am excited to see what she brings to the concept. It premieres Tuesday, September 23rd at 10pm.

“Selfie” has already been called one of the best of the fall season, but it has “Trophy Wife” syndrome, meaning that the show’s title detracts so many more from watching the great show. This show is a modern retelling of “My Fair Lady,” just with more Instagram likes then Julie Andrews. Eliza is self-obsessed and lives through social media, so she gains the help of Henry, a marketing whiz, to help her rebrand herself into a more presentable and less off putting human being. The pilot was fun, the concept was catchy, and Da’Vine Joy’s receptionist character had me laughing my bootay off. It premieres on Tuesday, September 30th at 8pm. However, you can already watch the pilot here.

The other shows premiering this fall, “Manhattan Love Story,” “black-ish,” and “Cristela” I really enjoyed (more than “Selfie” as a matter of fact), so I am really looking forward to this fall. The midseason slate looks to be even better than the fall, with Lily Rabe in the awesome looking “The Whispers” and the hilarious, must-watch comedy “Fresh Off the Boat” both getting later premieres. However, the fall shows we have to look forward now are still pretty darn good.

What are you looking forward to? Expecting any future Emmy winners? Can SOMETHING beat “Modern Family”, just for my well-being?  Let me know below or on the discussion boards!