Some Targets are Worth More than Others

This week the Disney Twitterverse nearly imploded.  What was the horrible news this time? Disney announced that it would be adding a third theatre to Epcot’s Soarin’ and another track to Toy Story Midway Mania in Disney’s Hollywood Studios.  The horror.

Now I was not above cracking jokes about this situation too, noting that the impending closure of Disneyland’s Innoventions (also announced this week) was to allow them to build an additional Space Mountain. I also jested that Disney could seek sponsorship from Xerox if this was going to be their ongoing growth plan. But aside from the jokes it took me until now to really figure out what I thought about this whole plan Disney has worked up to increase capacity at WDW.

Unlike the price-hikes from a couple of weeks back which united the general public and Disney fandom in disgust, this week’s announcements likely split them. For the uninitiated, the thought of having more capacity on their favorite attractions sounds like a huge win. But for those paying more attention, the obvious criticism is that Disney should be building new attraction instead of “playing the hits.”

First of all, I completely understand the Disney Fan position and I think I mostly agree with it. However, allow me to play devil’s advocate for a moment… even if that phrasing implies that Disney is the devil…

Building a new attraction costs a lot of money.  How much? It depends, but my guess is a lot more than adding another track or theatre to an existing ride. I don’t fully buy the argument that these glorified-refurbs are robbing the attraction budget from all of Walt Disney World.

As was to be expected, many have also dragged MyMagic+ into this fiasco mainly in an attempt to prove its ineffectiveness. In their minds, having to add capacity to rides points to the failure of MM+ which was supposed to increase capacity park-wide. The key point there is “park-wide” — the parks are now about to take on more crowds because people are being funneled to attractions they may not have visited if they didn’t begrudgingly get a FastPass for it. Still everyone knew that getting a Toy Story or Soarin’ FastPass was going to be a tall order since typical WDW guests rave about both. 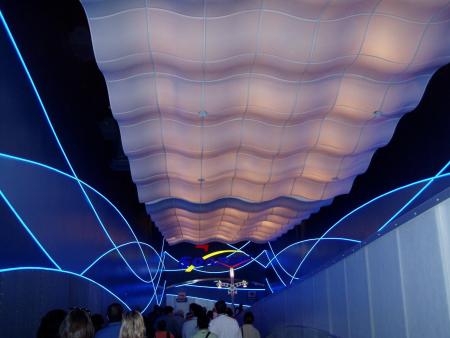 So the next question will be how long can the popularity of these attractions last? Admittedly it does seem odd to add to these attractions seven to ten years after they debuted when it seems their shine would start to fade. But in addition to looking at the types of lines both attractions are still courting, one must look at the upcoming calendar to fully venture a guess on their future viability.

Both refurbishments are scheduled to be completed in 2016. That same year a new version of Soarin’ will open in Shanghai. Then in 2017 Toy Story 4 will open in theatres. It stands to reason that TSMM would get a face lift for the new release (though we were all promised various holiday overlays when the ride premiered, none of which have come to fruition except for the Toy Story 3 updates) and that the new Soarin’ film would come to Epcot when Shanghai’s alleged exclusivity clause ends. So, in short, these rides will be hot for a good while.

OK, enough playing Satan’s assistant or whatever. Ultimately we all realize that the parks — Hollywood Studio especially — needs new attractions.  But of all the seemingly short-sighted decisions the company has made in the past few years (*cough* Carsland *cough*), I don’t find this one to be the most egregious. Maybe I’ll be proved wrong when some blog reports that Bog Iger is canceling everything everywhere because of these additions, but I’m guessing that won’t be the case. Maybe we should just sit this one out and take it at face-value like Walt Disney World’s daily guests likely will.