Get Fit or Die Trying

If you’re an avid reader of my blog (thank you), you may recall a few months ago I “ran” my first half marathon at my first RunDisney event. With no training, I took the Barney Stinson approach to running a (half) marathon:

Shortly after crossing the finish line, my wife and I talked about the possibility of doing both the Wine and Dine Half Marathon in Walt Disney World in addition to the Avengers Half at Disneyland this year so we could earn coast to coast medals as well. Unfortunately for us, sign ups came around earlier this week and a quick look at our bank account indicated that we still have to do a little more catching up on our finances following our move (did you know that U-Hauls cost like $2,500?!). However, this week RunDisney also announced that would be adding a 10k race to this year’s Avengers Half Marathon weekend as well as a two-race package known as The Infinity Gauntlet Challenge. As soon as I saw this posted on LP I told her we had to do this.

The big appeal for RunDisney races is the finishers medals and, to a lesser extent, the shirts. I imagine that’s what keep most fans continuously dropping upwards of $200 just for the right to walk the streets of Anaheim or… whatever city you want to call Walt Disney World (Bay Lake?). That’s more or less why I want to do the Infinity Gauntlet Challenge, which consists of a 6.2 mile race one day and then the 13.1 the next. I mean, how cool is that medal going to look?

My other reason for running the race last time was to appease my loving wife. While that element is definitely still there, a new reason has emerged over the past few months: actually staying in shape. Yes, that means that I will be foregoing my previous methods and engaging in training this year. 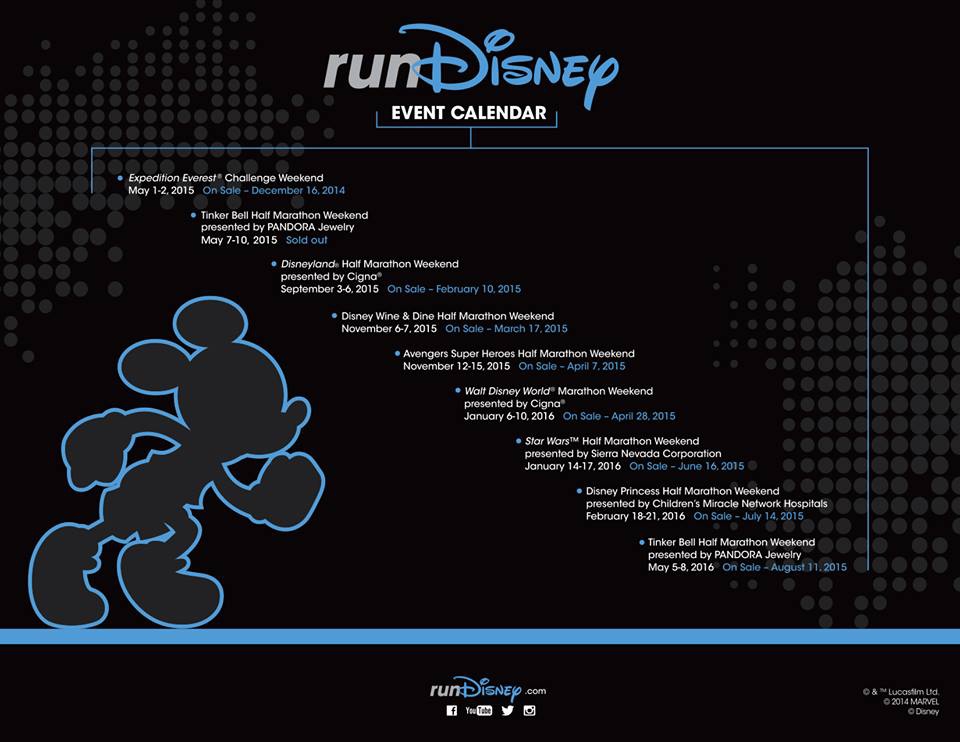 The first step in this process for me was putting on the running gear I acquired just before the Avengers race and hitting the sidewalks around my new suburban apartment. It seemed like a great plan until I learned that there’s this thing in the Midwest called “winter” where precipitation gets so cold that it freezes and sticks to those sidewalks. Worse yet, when the big trucks come to clear the roads of the damp powder, they throw it onto said sidewalks making it impossible to run in even you did want to risk the slipping hazard.

Now that it’s appropriately spring in Springfield, the roads are clear and I’m free to run as far as I want. But of course that’s when I discovered that I get pretty exhausted after only a mile or so. I guess I never realized how much walking and physical activity I did at work or hitting up the grocery stores and malls in my area until I hibernated in my apartment like some sort of grizzly bear or Angeleno who hasn’t experienced temperatures under 40 degrees for nearly a decade.

Last weekend I discovered a path about a block from my apartment that leads to huge and amazing park about four miles away. After walking all the way down there to visit the Japanese stroll garden I had read about before moving here, we learned that the garden was close until April 1. Womp womp. So instead we walked around the rest of the seriously giant park before heading back home.

Even if the main draw is the medals, the rare glimpse back stage, or the character meet and greets at RunDisney events, there may be something to this whole “being healthy” thing. My wife insists that this also means I should be eating vegetables, but let’s not rush things. With about seven months to go before the race, I ask you to please wish me luck while I make daily strides… or at least wish me luck for registering on time.