Every few months the Disney Parks Blog will tweet/post a chance to attend a meet up for the die hard fans, be it the latest Disney Pictures Release or a chance to try out a new experience, it is always a good time. The meet-up that just took place was a first of its kind. A group of lucky blog fan got a chance to learn more about some exciting offerings coming to the Disney Cruise Line. 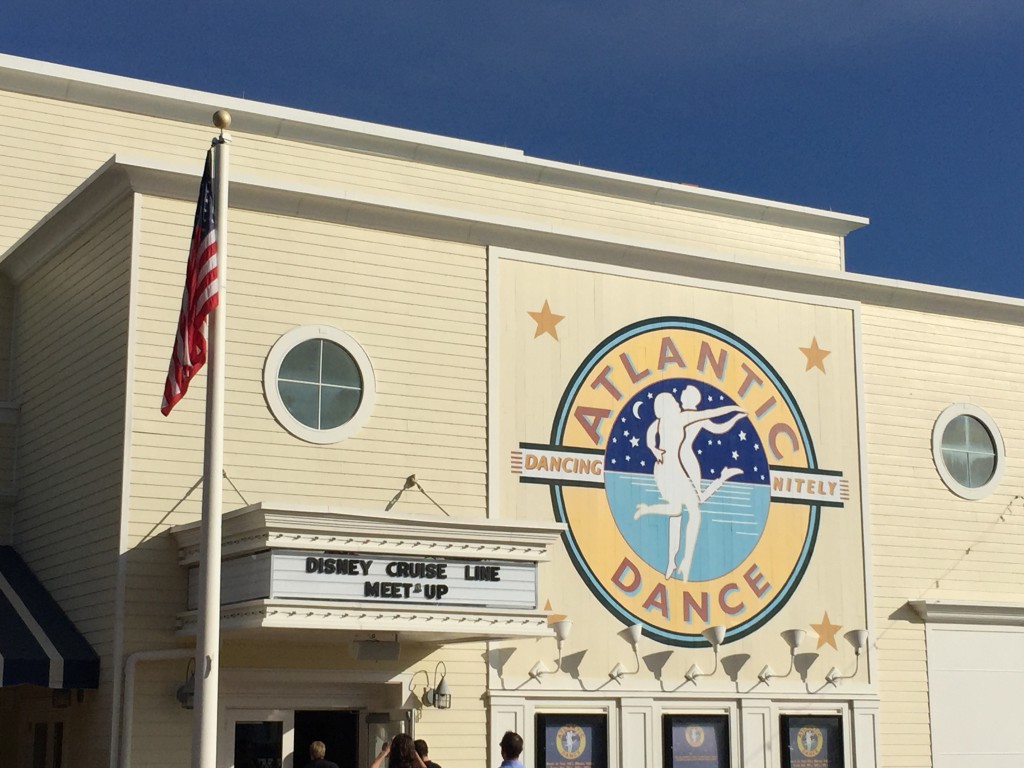 Bright and early on April 9th the meet up took place at the Atlantic Dance Hall at Disney’s Boardwalk. 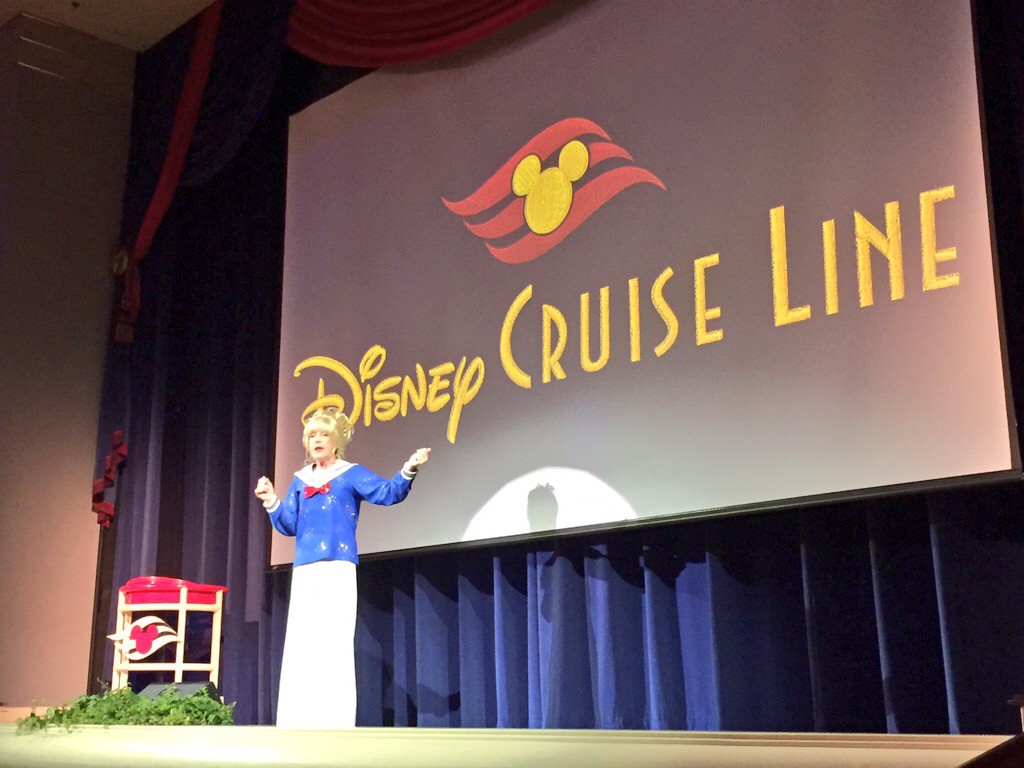 After checking in we were brought in to have a seat and as Jennifer Fickley-Baker, Disney Social Media Manager, gave us a brief run down of the event we all got very excited. Once Jenn was done “Mitzy Glamor” (wanna-be cruise director) came out and started the event,! 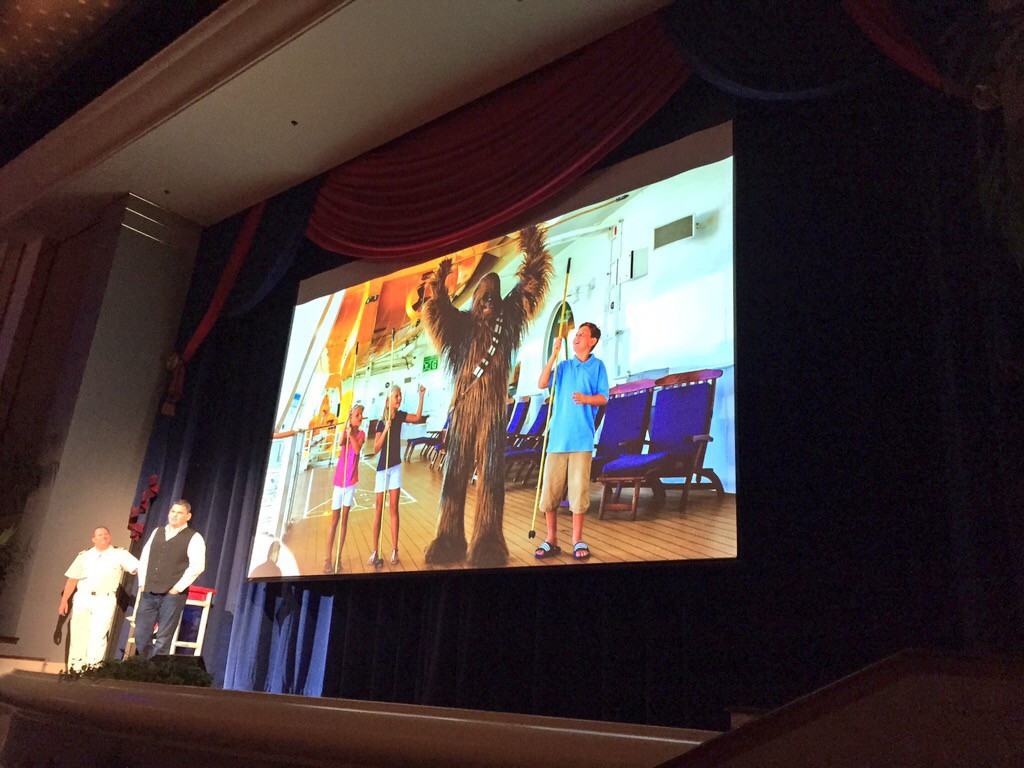 J. Michael Roddy (life long Star Wars fan) and Cruise Director Ray Smale talked about Star Wars Day at Sea which will be one day of aboard the Disney Fantasy on 8 different sailings between January and April of 2016.

Following Star Wars, of course had to be some info about the biggest property Disney currently has going, Frozen which will be Freezing the Night Away on select cruises starting next month! 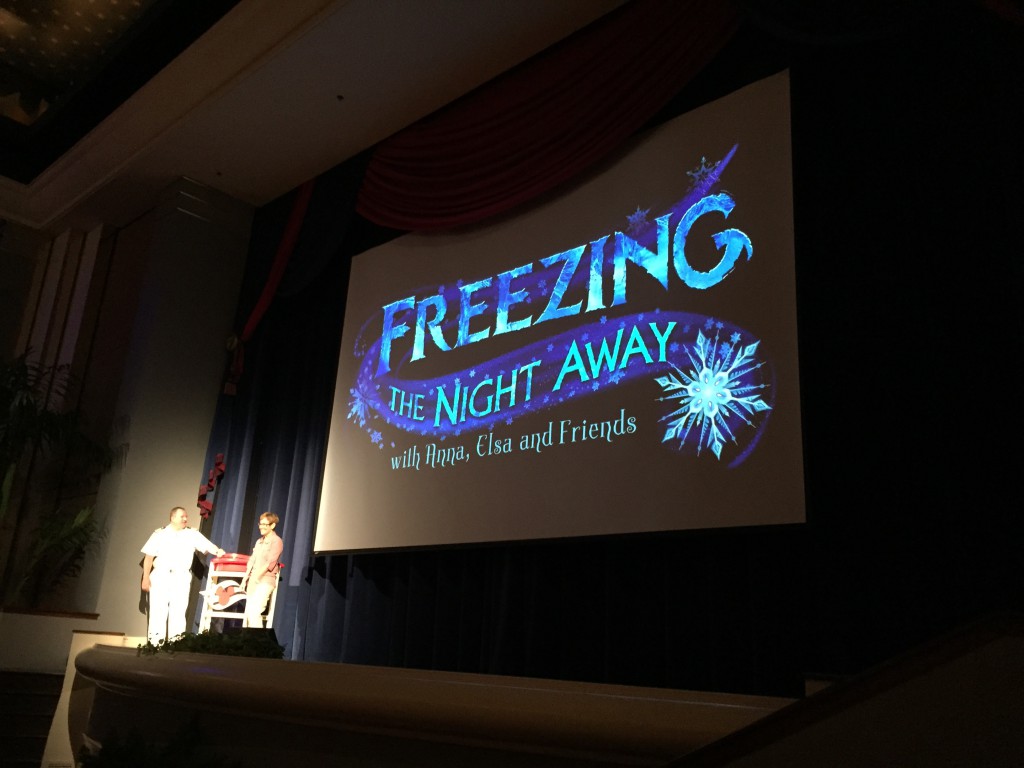 This will be a new evening deck party including many of the characters from the film and a new fireworks show. On Castaway Cay a new refreshment stand will be added also, because Olaf loves nothing more than summer and sun and what better place for him to be then Disney’s own private island! 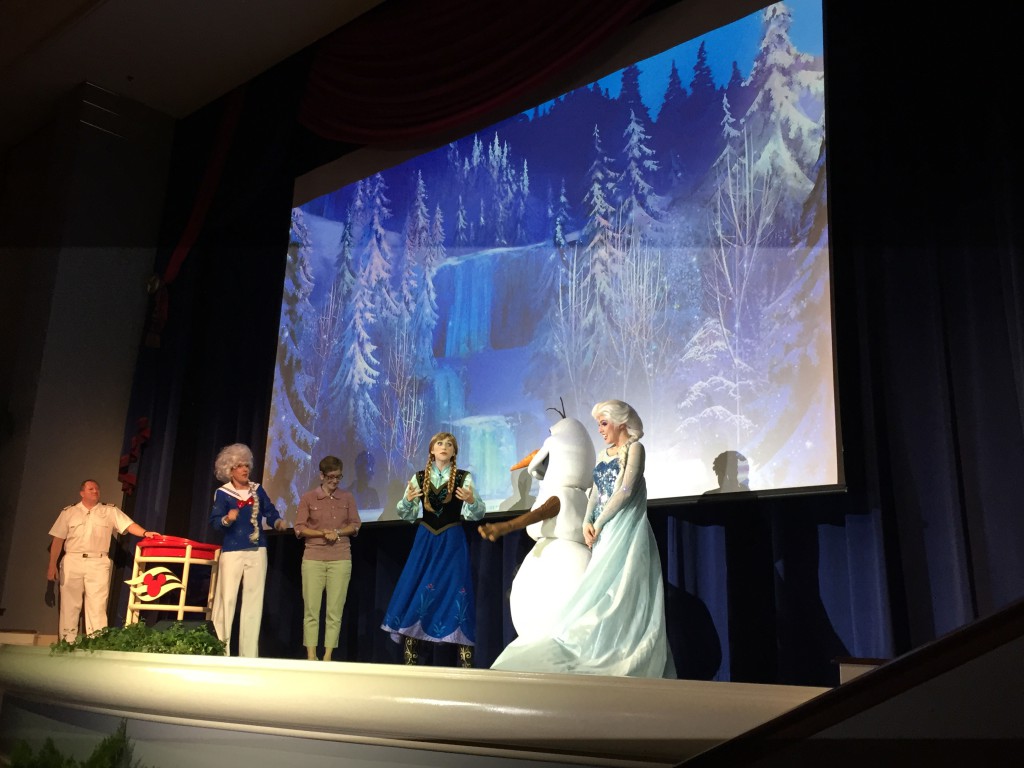 After the brief presentation we had a visit from Anna, Elsa, and Olaf before talking about the final topic of the day. Tangled The Musical will be a new production created just for the the Disney Magic, replacing Villains Tonight, and will be a hour long Broadway caliber production including 3 new numbers written by Alan Menken and Glenn Slater. This production will include puppets created by the same team who did The Lion King and staging that will immerse guests in the show. We were given the first look at a new piece of concept art from the show. After a brief Q&A, where we learned it is easier to create a production for sea than for Broadway, we had the opportunity to sample some of the new dessert options that will be available on the cruise ship and get photos with some of the characters!

After we had our fill of sweets and characters we were given one last surprise on our way out the door. As always the Disney Parks Blog puts on amazing events for fans! If you do not have them on your favorites, follow them on Twitter, or just go to the page daily you are missing out!