When it comes to holiday traditions, every family has their own special way of celebrating Christmas and ringing in the New Year. Here in Philadelphia, that tradition for many families includes a visit to the magical world of Disney On Ice. For more than three decades, the Philadelphia region has been fortunate enough to spend the holiday season with Mickey Mouse, Minnie, Goofy and Donald Duck and this year with Anna and Elsa from the blockbuster movie Frozen. It is all part of Disney On Ice Celebrates 100 Years, which has appeared in Philadelphia before and continues to tour across the country bringing all of the fun, excitement and magic that families have come to expect from a Disney production albeit at the creative hands of Feld Entertainment.

While your holiday plans may not include a visit to a Disney theme park, this is really the next best thing. The production which runs two hours with an intermission has Fab Fifty Disney characters all under one arena roof, staging scenes from Finding Nemo, Toy Story, The Little Mermaid, Tangled and Mulan. The Wells Fargo Center has been transformed to a dazzling ice palace complete with lighting, special effects and even fireworks that come close to the traditional theme park experience. 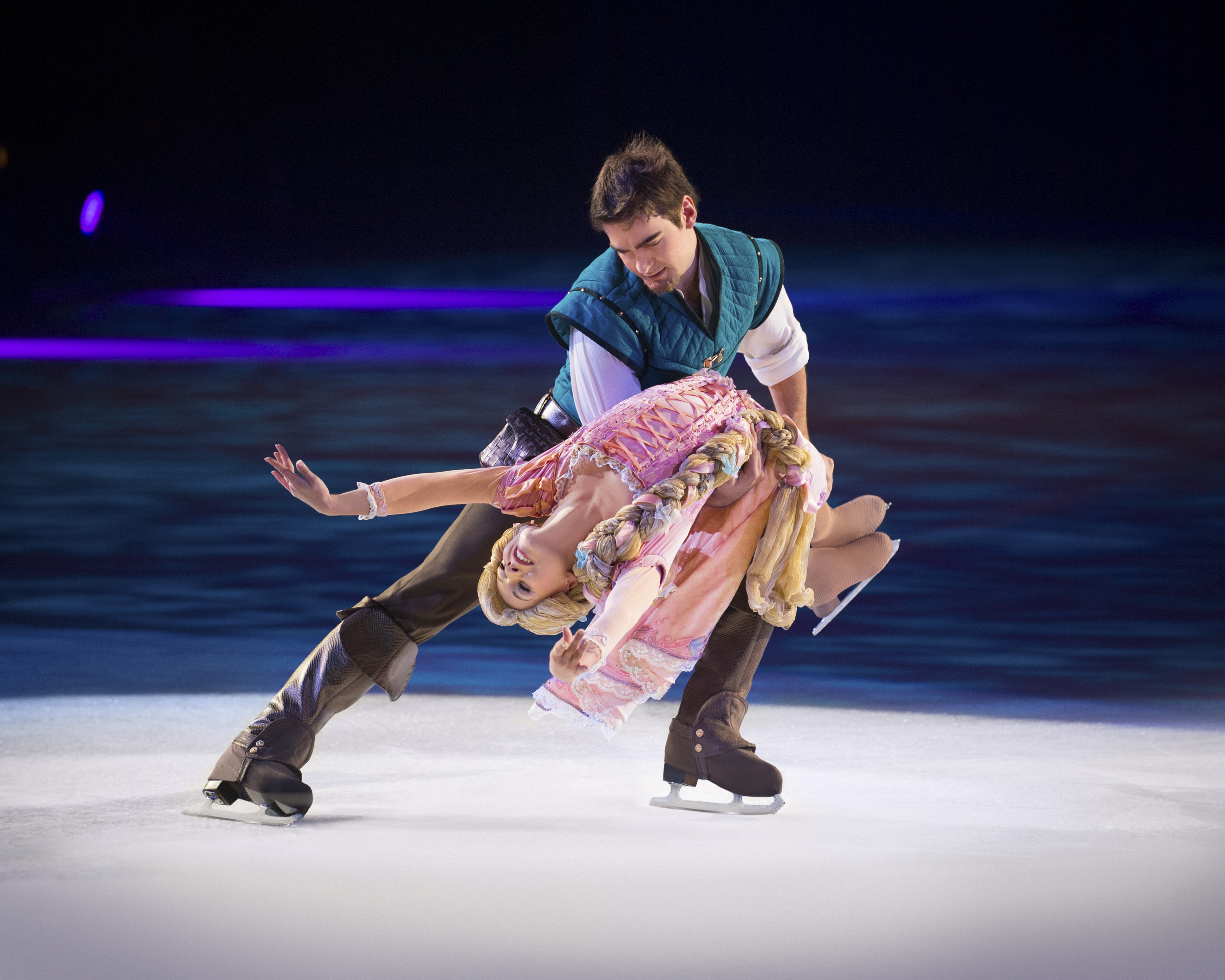 The Mouse-ter of Ceremonies, Mickey, opens the show with his sweetheart Minnie Mouse and friends, Donald and Daisy Duck and Goofy. Practically all of the Disney princesses from the fairest maiden of them all Snow White, to Cinderella, Ariel, Rapunzel, Tiana and Elsa glide across the ice, bringing the magic of classic Disney animation to life. The production is packed with sparkling costumes, elaborate ice-skating choreography and more than 30 unforgettable songs including “Let It Go,” “You’ve Got a Friend in Me,” and “Hakuna Matata.”

And while Disney enthusiasts may wonder what exactly is being celebrating in 100 Years of Magic, it really doesn’t seem to faze the thousands of people turning out this week at the Wells Fargo Center. No one really seems to care if it 100 years since the Walt Disney Company was founded which was really 1923 or the birth of Walt, which was in 1901, or a century since Mickey arrived on the scene in “Steamboat Willie” — that was in 1928 and nowhere near close to 100 years ago. It doesn’t matter as children of all ages and their parents and grandparents “let it go” in celebrating classic Disney entertainment provided of course by Feld. 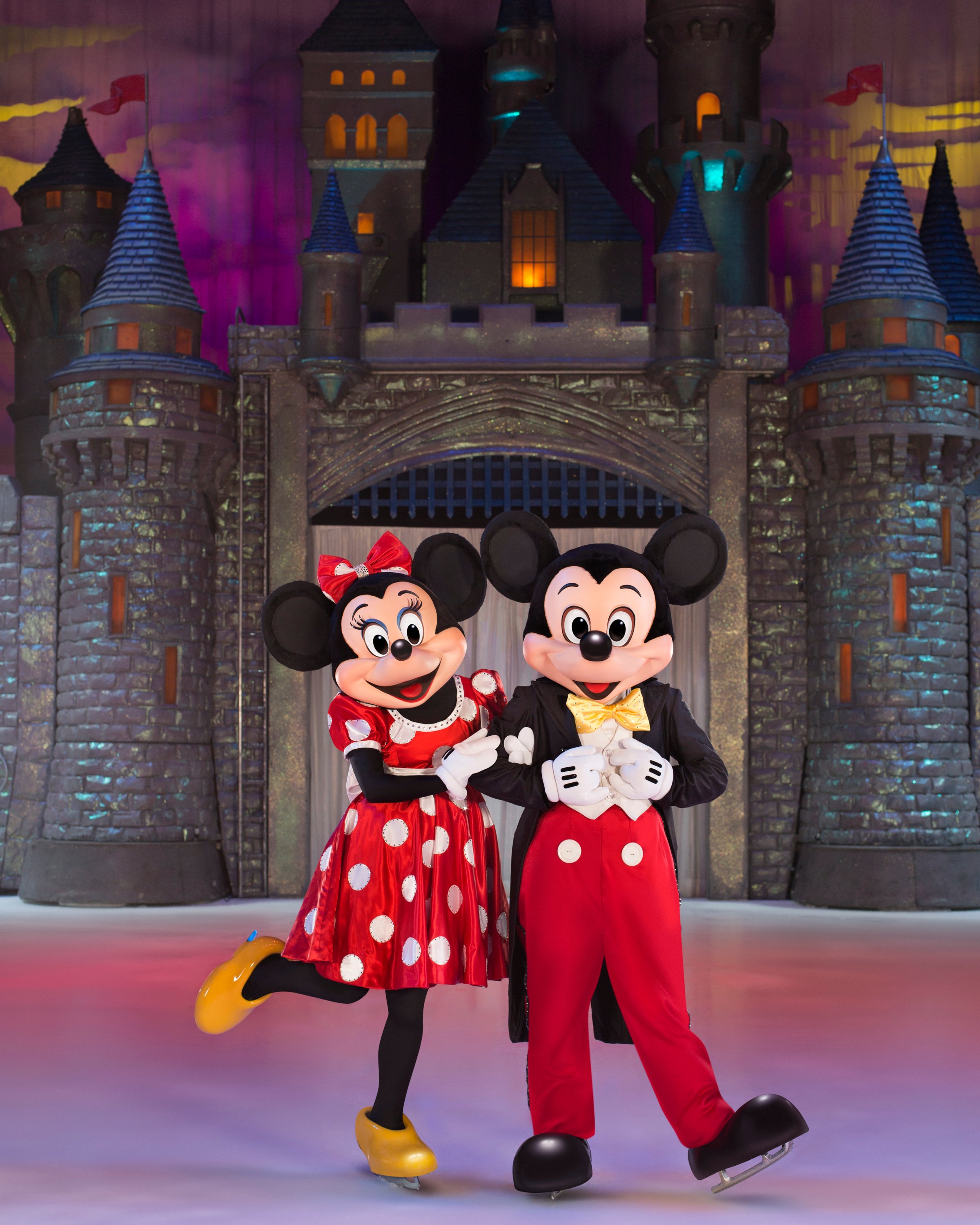 While the venue for the production has changed from the famous Spectrum at the foot of South Broad Street to the Wells Fargo Center, the production is just as vibrant and fun as it was when it first appeared in town years ago. There is nothing boring or stale about the show. Rather it is as fresh and fun as I remembered seeing and experiencing it with my family. You can credit that to show producers who add and subtract show segments to reflect popular character trends.

One thing that is new is the pre-show. Borrowing a page from its Ringling Brothers and Barnum and Bailey Circus production, Feld gets a jump on the Disney action before the first skater hits the ice. Make sure you arrive early for the pre-show where kids of all ages can show off their moves at the Disney Magic of Healthy Living Dance-Along inspired by the Disney Healthy Living commitment. Tour coordinator Adrian Baez says the current production has played 32 cities to date after commencing on the road in September. Plans call for the show to tour North America before heading overseas. The current 100 Years of Magic presentation is one of five Disney ice shows skating into arenas around the world.

For more information on Disney On Ice and a production headed to your city go to http://www.disneyonice.com/100-years-of-magic.