If you’ve been following this site lately, you’ll know that major changes are afoot at Disney’s Hollywood Studios in Walt Disney World and have been for quite some time now. Since 2014, the park has seen the closures of The Backlot Tour, Legend of Captain Jack Sparrow, The Magic of Disney Animation, The American Idol Experience, and not to mention the removal of park icons, the Sorcerer Mickey Hat and The Earffel Tower. This week will see the closure of the closure of the majority of the back-end of the park, stretching through the entirety of The Streets of America, which also includes Lights, Motors, Action: Extreme Stunt Show and Honey, I Shrunk the Kids play area. Geographically, Disney will be closing over half of its park to make way for construction on Star Wars and Toy Story themed areas.

With constant closures occurring regularly, we’re left to wonder if Disney’s once-great Hollywood Studios is even worth visiting until the park has finished its transitional stage. Though the park continues to lose many of the elements that make it so spectacular, we’ll be taking a look at why Hollywood Studios might still be worth visiting for guests during the park’s construction period.

The Park Still Offers Some of the Best Attractions and Entertainment

Disney’s Hollywood Studios has always boasted some of the absolute greatest attractions in Walt Disney World, and although that number of great attractions is sadly diminishing, there’s still a sizable arrange of incredible entertainment to be found in the park. As the park continues to dwindle in quantity, but the quality in the attractions found at the park is unparalleled. The park calls home to some of the best Disney has to offer, The Twilight Zone’s Tower of Terror, arguably the best-themed attraction in any Disney park. Obviously, you can’t miss Disney’s greatest thrill ride, Rock N’ Roller Coaster, or the silliness of the Muppets in the third dimension. Some of the best entertainment is featured in the park with the explosive action of Indiana Jones Stunt Spectacular, which is an impressive showcase of incredible action and a wonderful representation of the cinematic masterpiece of Raiders of the Lost Ark.

Down Sunset Boulevard, Beauty and the Beast continues to entertain after all these years, still impressive and entertaining. But the pinnacle of Disney entertainment shines twice a night at the Hollywood Hills Amphitheater which is, of course, Fantasmic. Fantasmic has never failed to impress me since my very first visit, so I am always sure to make at least one viewing a priority on every visit.

An Abundance of Star Wars 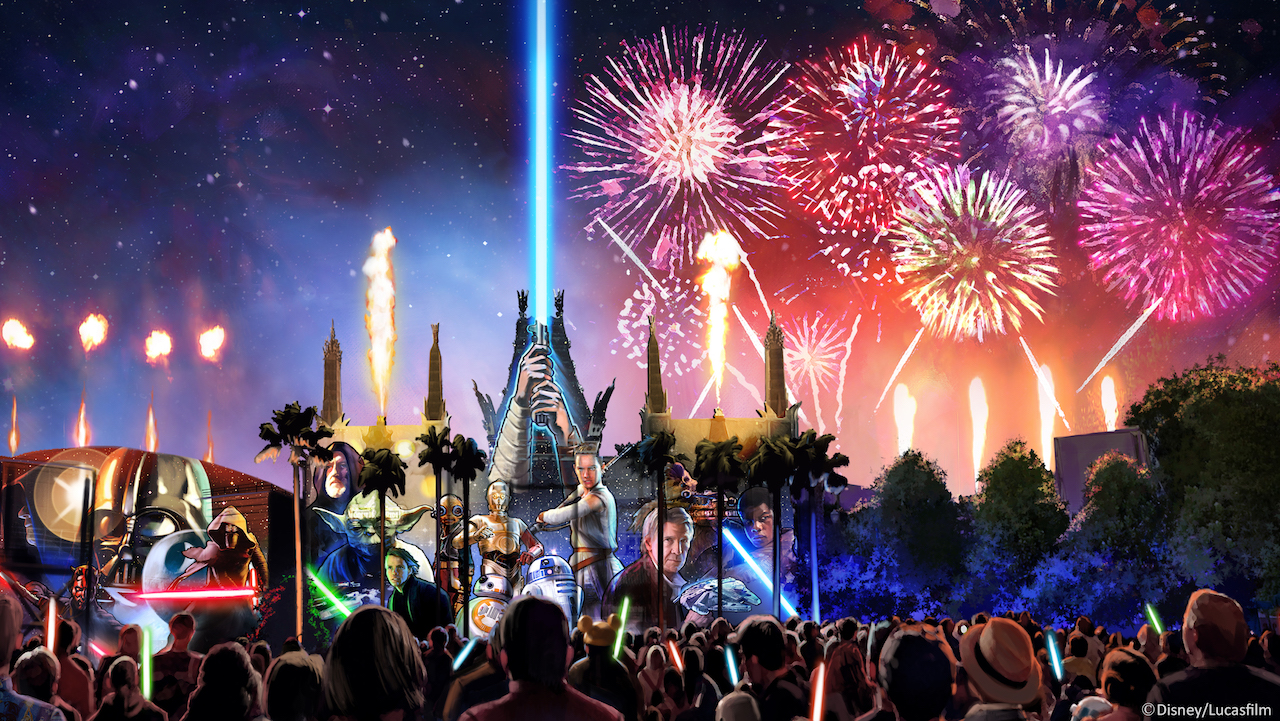 For fellow fans of George Lucas’s Star Wars franchise, a visit to Disney’s Hollywood Studios is a necessity. As the park transitions to welcome it’s fourteen-acre wide Star Wars themed land, the park will be debuting new themed shows and events celebrating the franchise. This April, a new show Star Wars: A Galaxy Far, Far Away will debut in front of the Chinese Theater in the center of the park. The show will feature characters Darth Vader, Han Solo, Kylo Ren as well as others. Later in the summer, the park will launch Star Wars: A Galactic Spectacular which is another Star Wars themed fireworks Awakens), a 10-minute presentation Path of the Jedi (located at the old Sounds Dangerous building at the ABC Sound Studio) and visit the newly opened Star Wars Launch Bay in which guests can get up and close with Kylo Ren and Chewbacca, both doing regular meet and greets. Additionally, at occasional times throughout the day, Stormtrooper marches led by Captain Phasma will take place in front of the Star Wars Launch Bay.

Disney’s Hollywood Studios also offers a variety of the ultimate food and themed dining found at the World. Some of my personal favorite themed locations are found at the Sci-Fi Drive-In Theater — cleverly themed as a 50’s drive in movie theater — Hollywood and Vine, The 50’s Prime Time Cafe and The Backlot Express which offers an impressive amount of movie props to discover. If you’re looking to step up your meals to something more sumptuous, The Hollywood Brown Derby on Sunset Boulevard is known for its great food and service, although it is on the more expensive side. For the Disney food junkies or just the guest that wants to grab a quick bite on-the-go, Disney’s Hollywood Studios offers a variety of fun, well-themed dining options that are exclusive to the park.

One of my absolute favorite things in Hollywood Studios isn’t an attraction or a show, but is the brilliant spontaneous performances by the Studios’ very own improv group: The Citizens of Hollywood. Throughout various times of the day, the Citizens help bring a hilarious and lively addition to Sunset Boulevard, largely driven on guest interaction and impromptu gags, so the show will remain fresh and funny, no matter how many times you stop by to see the group performing their daily acts. From the great entertainment and attractions to the interactive and hilarious performances of the Citizens of Hollywood, Disney’s Hollywood Studios offers a fun Hollywood-esque atmosphere that other parks don’t offer (even if it is hanging on to that theme for dear life). Hollywood Studios is currently a shell of the park that boasted such a fun, extraordinary and immersive experience, but, even with its overhaul, it’s still a delight that’s worth visiting — especially for guests experiencing it for the first time. It isn’t a park at its current best, but it’s a park I would still recommend experiencing… as long as there aren’t any more closures.

Do you plan on visiting the Studios’ before the construction is finished? Let us know what you think in the comments.