Work has been moving quickly since our last construction update. The project is on schedule and, according to some, even ahead of schedule. (The lack of the predicted El Nino weather conditions was a big help in the spring.) Earth moving and grading is largely done, and actual construction has begun. Some of the work is hard to see and some needs explanation. These photos were taken between late June and mid-July:

First, here’s a new aerial photo of the resort from Blog Mickey: 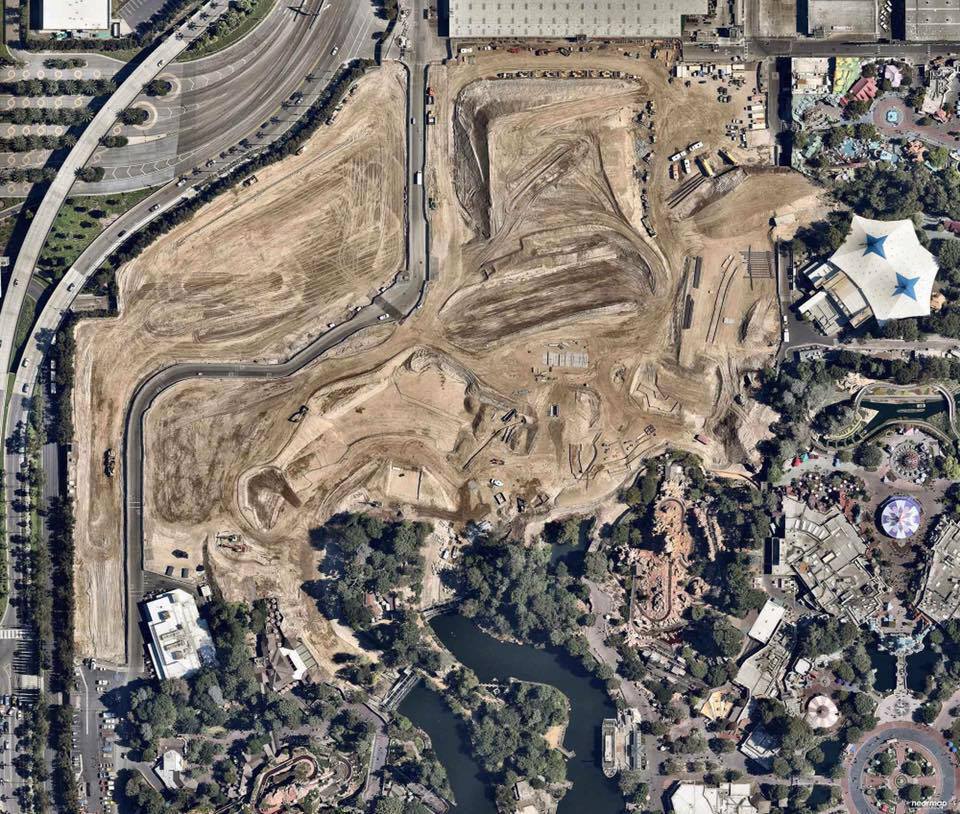 And here’s a side by side comparison to what it was:

Earthmovers were still very much in evidence in late June: The former location of pony farm is now buried under a giant mound of dirt: 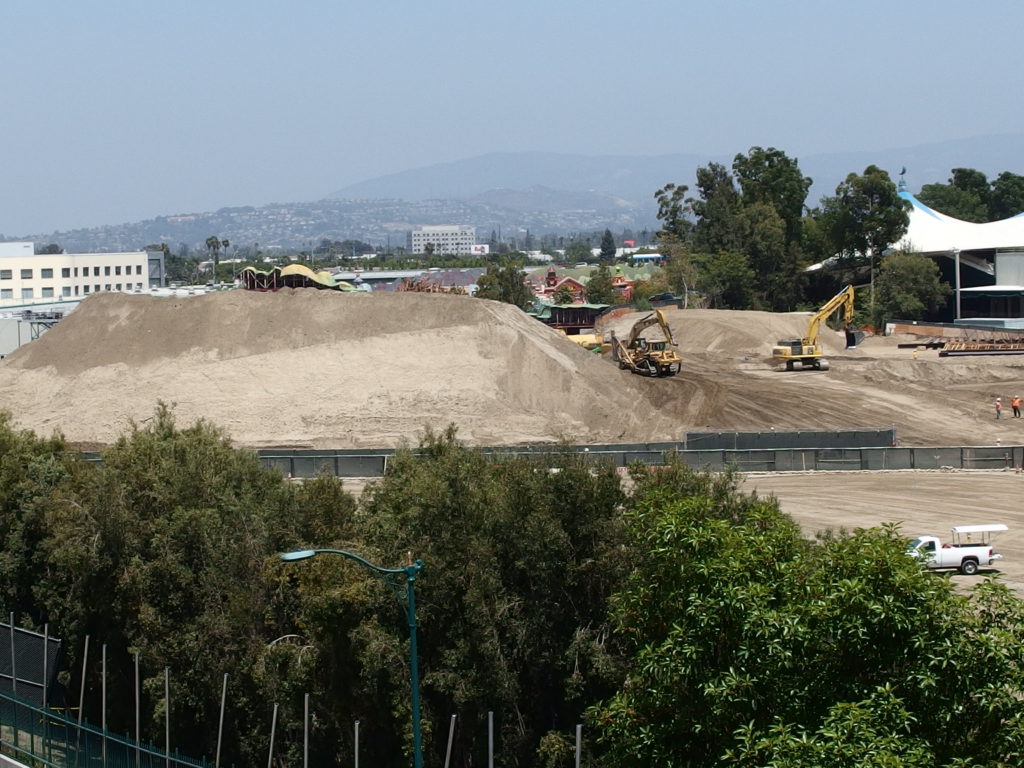 Small concrete structure appears to be a pump vault for a water feature along the re-routed Rivers of America: Diners in the upper area of the Hungry Bear are closer to the action than they may realize: 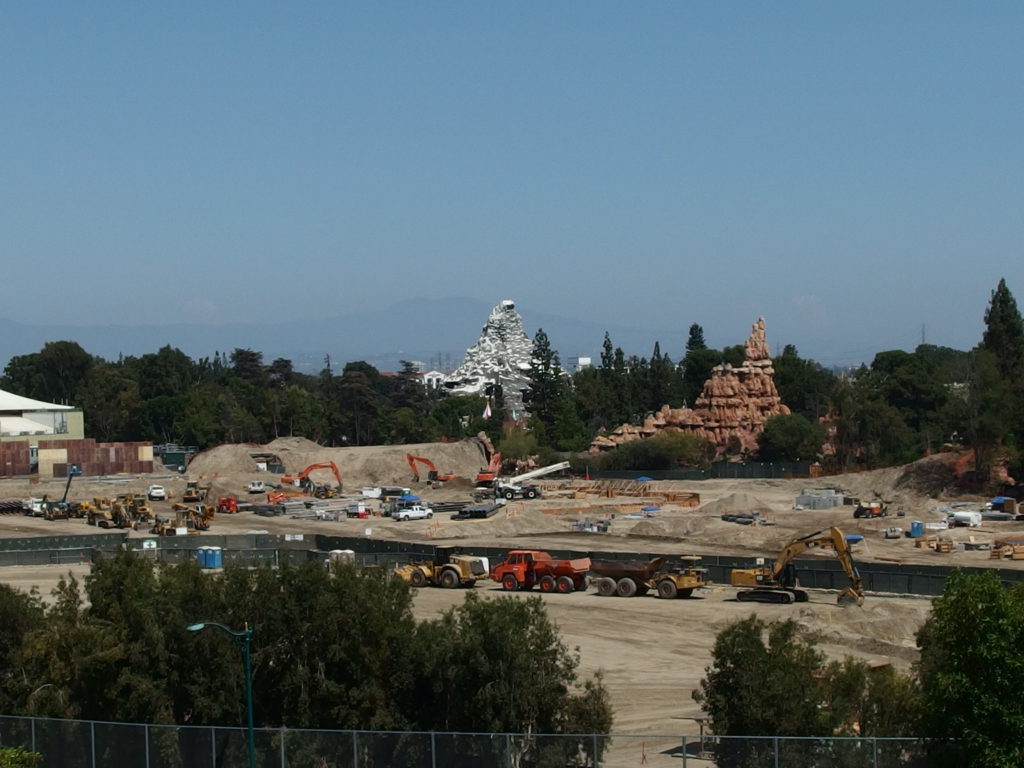 A section of backstage road is being used to stage equipment: Toontown is just visible through the piles of dirt: 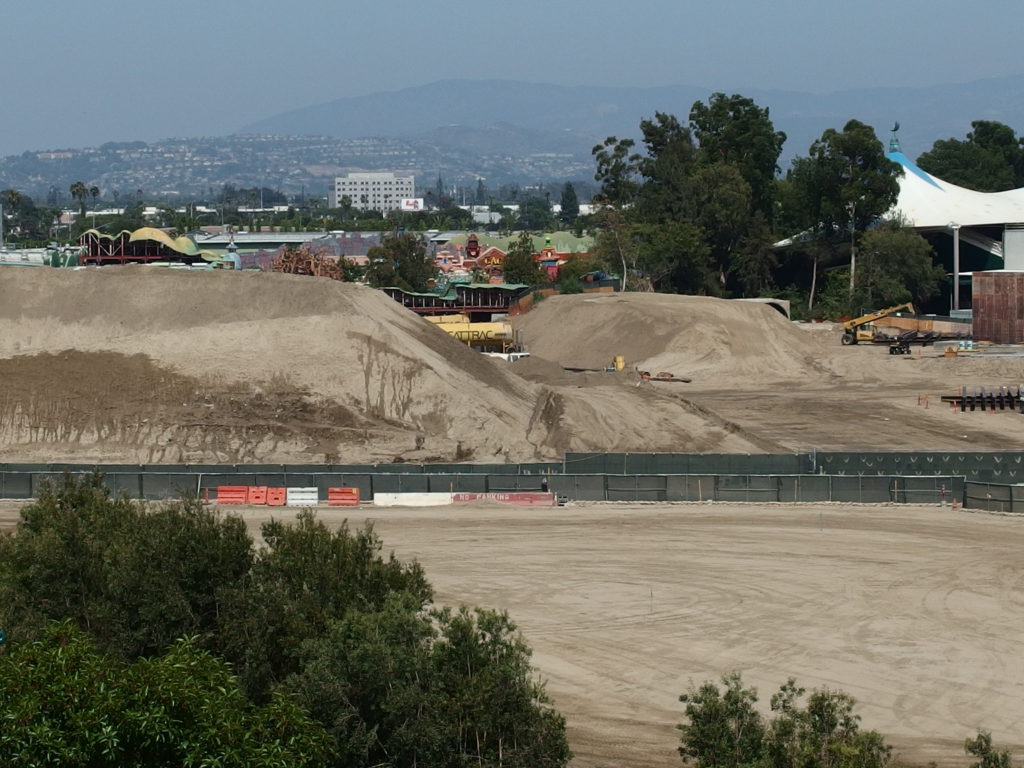 The first substantial construction started in early July next to the backstage of the Fantasyland Theater: Two separate concrete structures that appear to be pump vaults can be seen: Work is being done directly behind the berm that once separated Fantasyland from Frontierland: 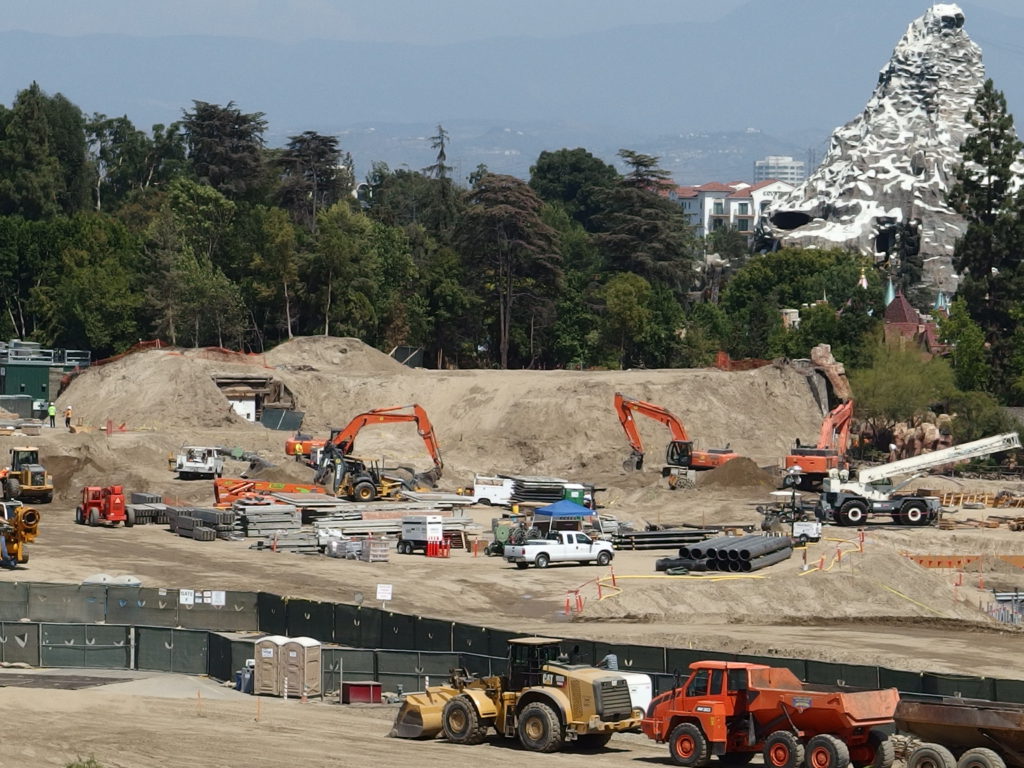 Here’s a short video to give you a better look at the work being done: