If you or your children are big fans of Disney Channel, you likely recognize Jenna Ortega from her role on Stuck in the Middle or have almost assuredly heard her voice on Elena of Avalor, where she plays Isabel. Yes, the young star is doing quite well for herself with prominent roles on both popular programs. So what does this early success mean to the 14-year-old?

Recently FanBoy had the chance to chat with the actress about her roles, the impact Disney’s first Latina princess has had, and the differences between performing in a live-action program versus lending her voice to a character: 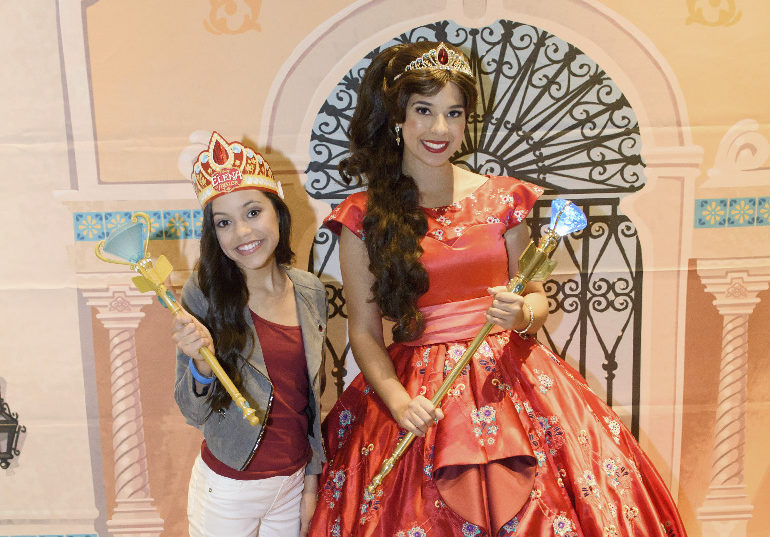 FanBoy: Hey. How are you?

Jenna Ortega: I’m doing great, thank you for asking. How are you?

FB:  I’m doing well. It’s an honor to talk to you. Not many folks can say they’re part of two hit Disney Channel shows at the same time. Congratulations on that achievement.

JO: Thank you so much.

FB: Talking about the world of Avalor, what does it mean to you to be a part of a show that has, in just a couple months, has really become a phenomenal hit? Has that really sunk in what that means to you?

JO: Elena of Avalor is everything to me. Mainly because when I was younger, I didn’t have a Latina princess I could look up to. Now little Latinas like me can now see themselves as a Disney princess, which means so much to me. I love it. I feel like a Latina princess… We’ve been waiting for one. Now that she’s finally here, I’m glad that everybody has shown a liking to her and I’m excited to see where this journey takes us.

FB: Your character is not only part of the royal family, but she’s a very inventive inventor, not to make it silly.

FB: What does it mean to show young girls who might want to open that side of their world a character who really is a problem solver be represented on a show that’s as popular as yours?

JO: I love that Isabel is an inventor because she’s into math and science. I feel like nowadays, society has shaped liking math and science into some nerdy thing that’s embarrassing. I don’t think that should be seen that way. If you like something, go for it. It’s cool to be smart. You shouldn’t be embarrassed or hide that from people, and the fact that Isabel is different in that way, she embraces the differences, I think is awesome. 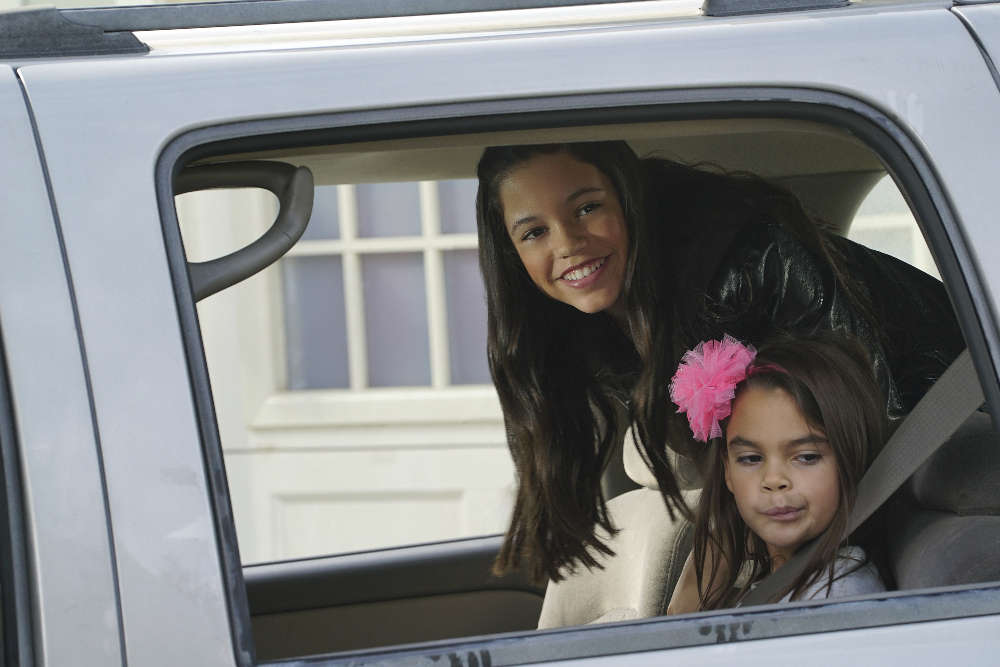 FB: You also have found great success with Stuck in the Middle. You have one role where you’re obviously in front of the camera, and one where you’re providing a voice as the animators do the visual acting. Can you talk a little bit about how you perform differently for those two different type of roles?

JO: When I’m filming Stuck in the Middle, that’s on camera. I can use my facial expression to give off the emotions that I’m feeling or my character’s feelings, but it’s different in the booth because if your character is tired, not only do you have to show that on your face but you also have to make it come across in your voice. If my character is running and jumping over bridges and stuff, then that means I have to run in the booth and make my voice get out breath so that it comes across in my voice. It’s a little bit more physical, but just as much fun.

FB: Is it hard to get into it when you’re not actually running across an enchanted island to bring that in your voice versus if you’re on set, you can run up a little bit? Is that hard?

JO: I wouldn’t say it’s super hard, but it’s definitely more difficult. Mainly because you’re in the booth with a mic. You have to run, but then you have to stop once to say your line… Sometimes if you’re making noise or slapping thighs or snapping your fingers, they hear that coming from the mic. “We have to do that again because… we heard you do this.” When you’re saying your line you have to get absolutely silent. It’s just voice.

FB: Obviously music plays a big part in the culture of the show. How do you feel about that? Do you enjoy the musical aspect of the series?

JO: I like the musical aspect of Elena of Avalor because it’s very upbeat and uplifting. It still has a hint of Latin culture in it. I think they do a great job of producing music, it fits perfectly with the show.

FB:  If a young girl is watching the series, what do you hope that they take out of it? 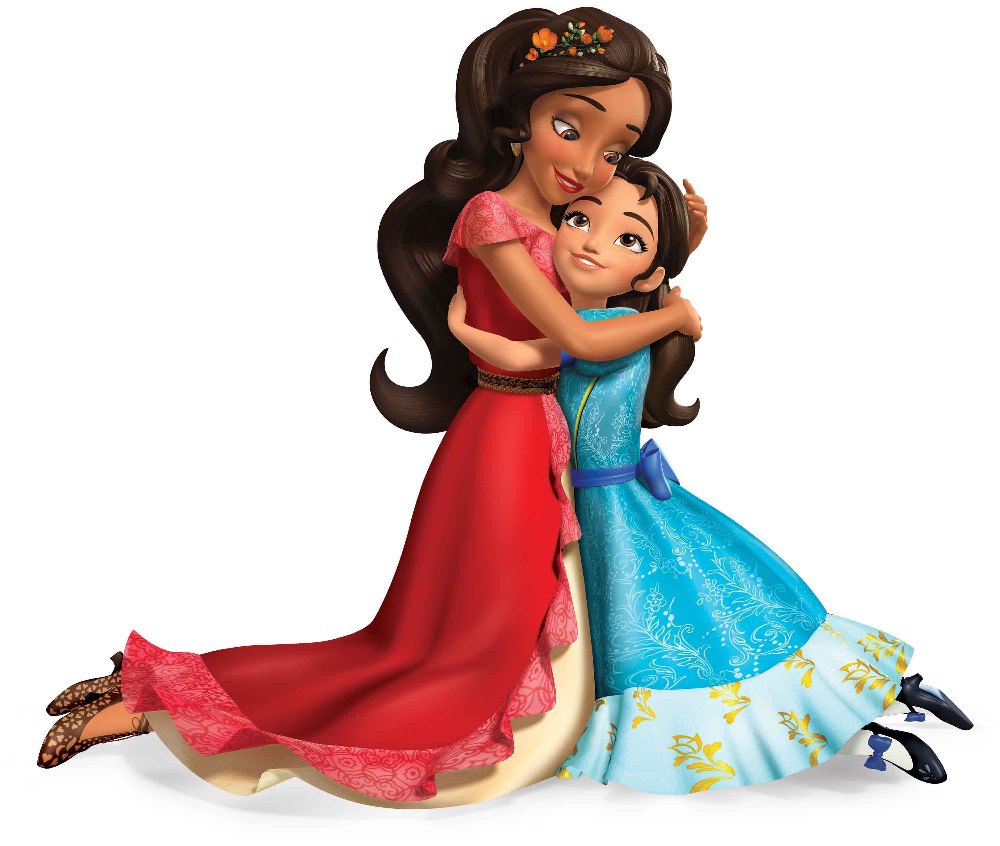 FB: Obviously the theme of the show is “Ready to Rule.” As you are ruling Disney Channel at the moment, what kind of leadership have you learned in your experience? What have you learned being an actress on some very high profile projects about yourself and about what makes a good leader?

JO: I think I have learned to kill everybody with kindness because this business is crazy and there’s so many people that are going to try to bring you down. You got to be nice and be careful with everyone. I think I’ve also learned not to judge a book by its cover because it’s for me, if I see a movie and someone’s playing the villain and they’re really good at it, I immediately think that person’s mean in real life or something, but you can’t say anything about a person unless you’ve talked with them or met them before.

FB: Looking ahead, where do you want your career to go next? Is there something you want to accomplish next?

JO: Being on Disney Channel was my childhood dream, so I can mark that one off the list. I’m going to cherish these last couple moments before … Everyone always says that this time when you’re at Disney Channel, it goes by so fast that you just got to cherish every moment. I’m going to do that. Then after, I think it would be really cool to be a leading lady in films because there’s not a lot of Latina leading ladies. I would love to see one in the future.

FB: It seems like every project you touch turns to gold, so congratulations on your success so far.