The Influence of “Cars” in the Disney Parks 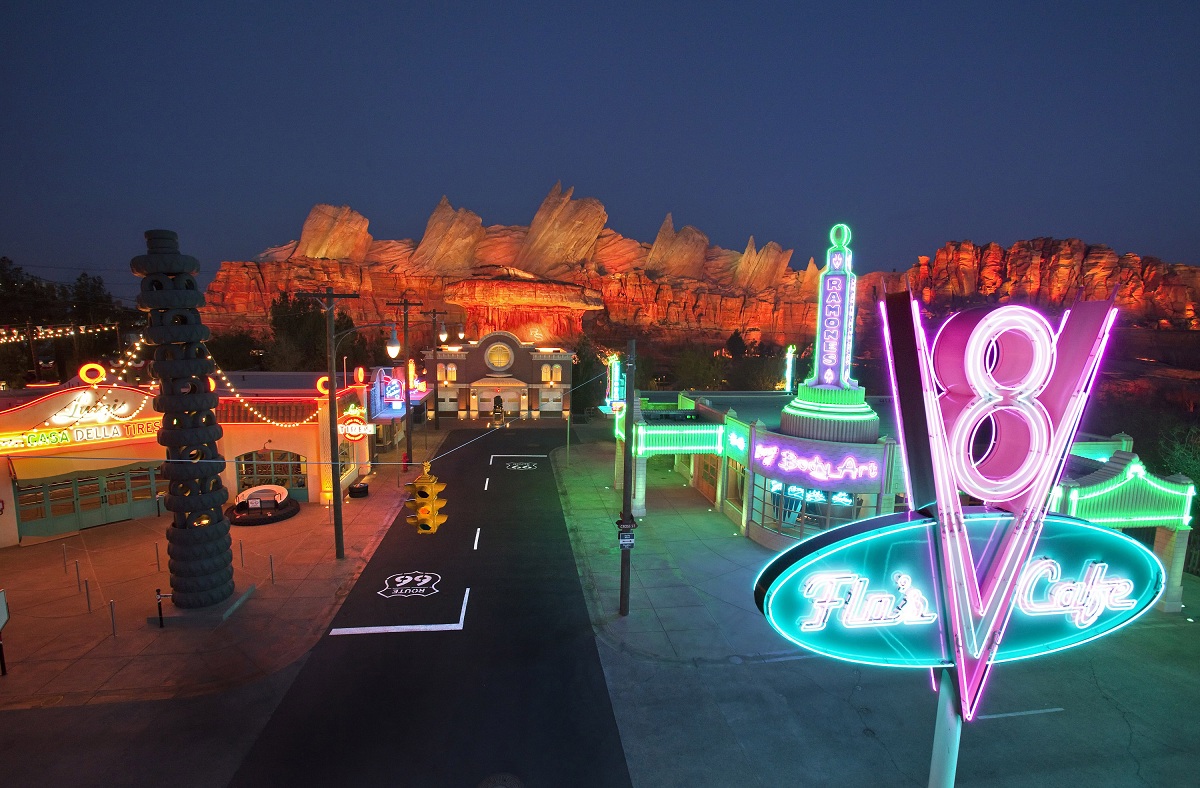 Disney California Adventure is the main example of how Cars and the world of Cars has made the theme park better. Opened in 2001, Disney’s California Adventure was a cheaply made, small thrill, half day park. With a billion dollar upgrade, the park lost an apostrophe and gained a whole new land. Cars Land was a cornerstone of the refurbishment that brought a renewed interest to the second gate of Disneyland Resort.

So why is this a big deal? Simple! Even the toughest critic has admitted to seeing the beauty that Cars Land offers in Disney California Adventure. With the vast ranges that distinguish the area of the park straight out of the movies, guests have the chance to step into the movie, and it doesn’t seem out of the ordinary.

Cars Land has three attractions: Mater’s Junkyard Jamboree, Luigi’s Rollickin’ Roadsters (which replaced the ill-fated Luigi’s Flying Tires), and the E-Ticket attraction of Radiator Springs Racers. Guests of all ages have something they can enjoy, and the thrills of Radiator Springs Racers has Disney Parks enthusiasts hoping an east coast version of the ride will find its way to Hollywood Studios or elsewhere. The land also has three options for dining and the crowds that surge to the section of the park each day make this one of the most popular parts of Disney California Adventure. Get your FastPass early for Radiator Springs Racers, you wouldn’t want to miss the chance for a drive with Lightning McQueen in the rolling hills and valleys of Carburetor County. What is also interesting is that Cars Land makes perfect sense in Disney California Adventure. A theme park that was designed to celebrate the history of California has a great connection to the first Cars movie, Route 66. That fabled road that inspired driving adventures, is a central part of the story line to Cars. Having an attraction based around the places that inhabited that road is a genius idea to connect with the corporate property but also the overall theme of the park. Many travelers who journeyed along Route 66 were going to California, after all.

The many characters of Cars have also made their way to the east coast of Disney Parks, Walt Disney World. At the Art of Animation Resort, the rooms are themed around four Disney animated classics: The Little Mermaid, The Lion King, Finding Nemo, and Cars. With a movie catalog of dozens of great films, an entire section of this new hotel is based around Cars. The props and scenery that California visitors get when they go to Disney California Adventure are here for guests to enjoy either around the hotel or in their resort room. 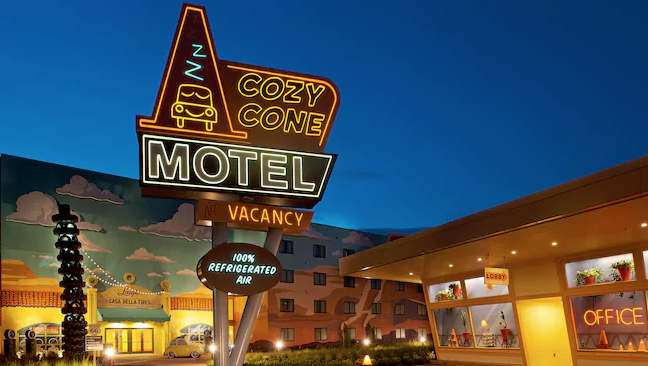 Whatever your opinion of Cars is, the movies have had — and will continue to have — a lasting effect on Disney Parks.