Thor: Ragnarok, the third in the God of Thunder films, is by far one of the biggest and most ambitious steps Marvel Studios has taken with one of the “big three” Avengers. This film takes Thor out of his element of being the straight man (if there is one) and puts him in one of the biggest action/comedies ever. With one of the largest casts, outside of an Avengers film, this is a nonstop joyride for any Marvel fan! 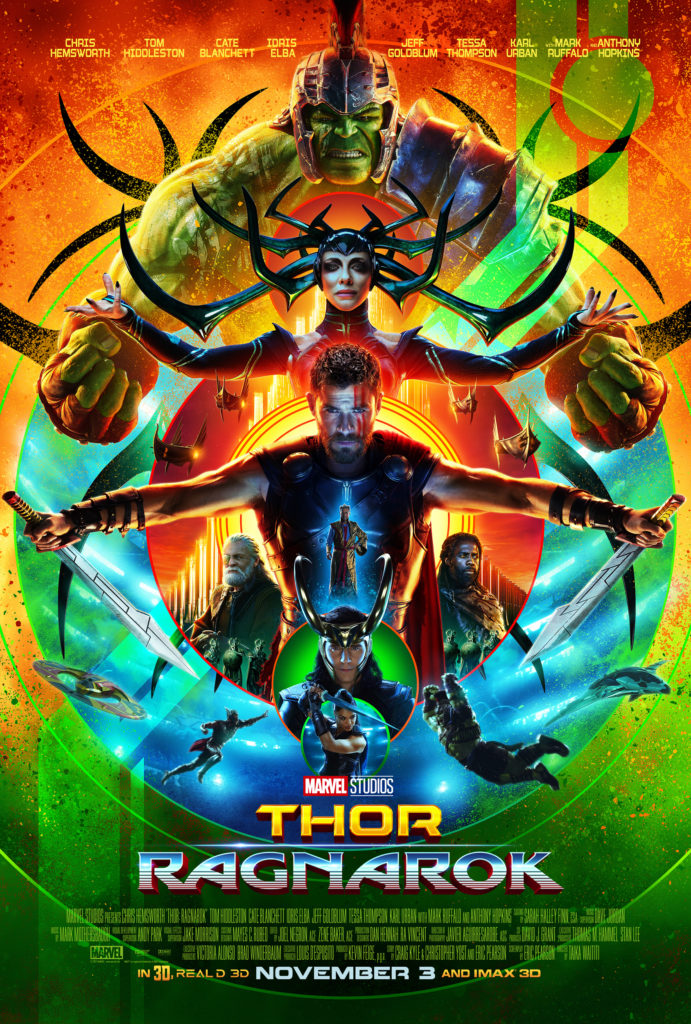 Thor: Ragnarok starts with our hero attempting to prevent Ragnarok (Old Norse Ragnarök, “The Doom of the Gods”) as he saw in Avengers: Age of Ultron when he entered the cave pool and had visions of bad things happening. The storyline of Ragnarok seems to be almost lost in the first few minutes of the film once the first major action sequence takes place and Thor learns that Odin (Academy Award winner Anthony Hopkins) is not of Asgard. As we saw at the end of Thor: The Dark World, Loki has taken the guise of Odin. This leads into Thor and Loki coming face to face for the first time since Loki’s “death” and brings upon many laugh out loud moments. 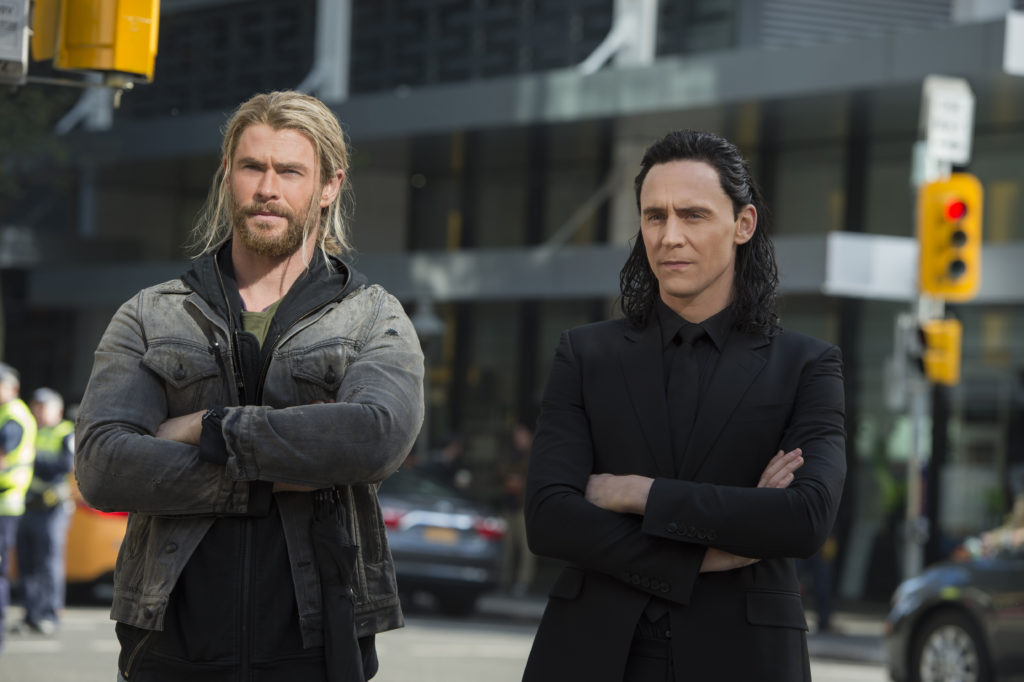 Without spoiling anything, the two brothers start a trip to earth which includes a visit to a Sorcerer Supreme before tracking down Odin. Once Odin is found, things go from 1 to 100 and, through a series of unfortunate events — including the destruction of Mjölnir — Thor and Loki find themselves on the planet Sakaar with the likes of the Grandmaster (Jeff Goldblum), Valkyrie (Tessa Thompson), and of course Hulk (Mark Ruffalo). 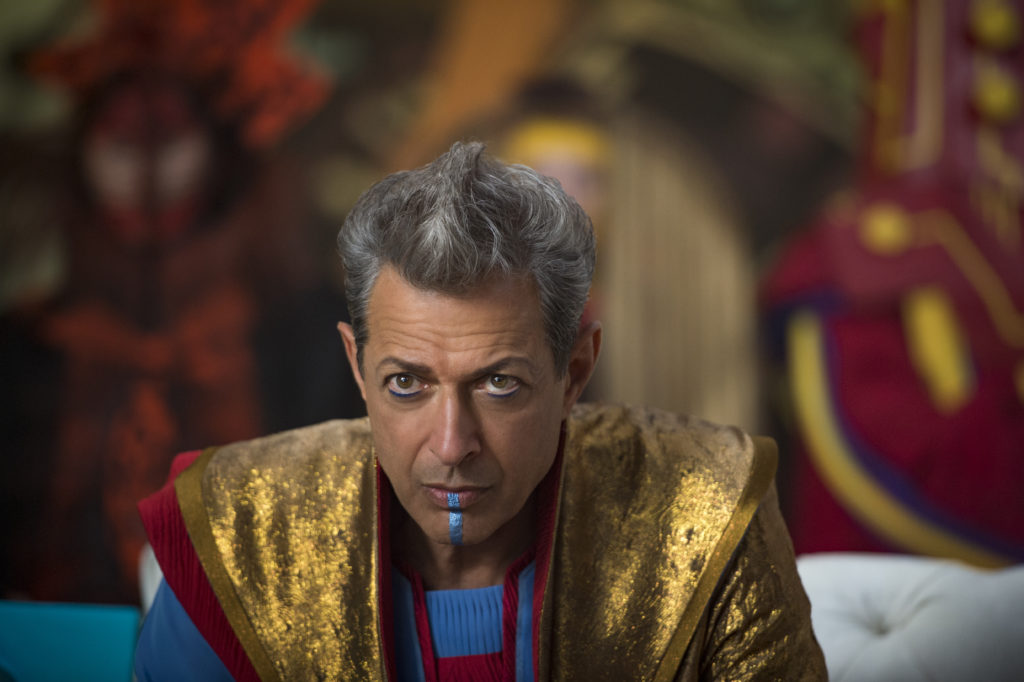 Thor’s main goal is to return to Asgard to defeat Hela (two-time Oscar winner Cate Blanchett) to prevent Ragnarok and the destruction of Asgard.

Now that the basic story has been rehashed, I can give my review of Thor: Ragnarok, which can be summed up in one word: HILARIOUS! With 16 films making up the MCU before this one, we have seen everything from non-stop action fest to tearjerkers, but this film brought something new to the table: a road trip comedy. From the start of the film, the feel and look is different. For comic fans, the color palette really takes its cue from the classic Jack Kirby. 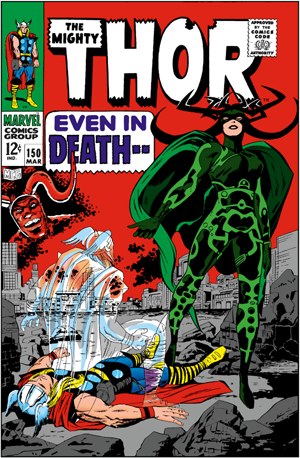 The cast, from Chris Hemsworth as Thor to director Taiki Waititi playing a scene-stealing Korg, fit together like a perfect, psychedelic jigsaw puzzle. One of the best things about this cast is that, even though it is one of the biggest seen in the MCU so far, no one gets lost. This gives great promise for Avengers: Infinity War. Also, yes, this is a Thor film but the Hulk is by far the “big guy” in this film.

Having had the chance to hear Mark Ruffalo talk about how he went into Kevin Feige’s office and was asked “if he could have a stand alone Hulk film what would he want?” then having Kevin tell him all of his ideas would happen in the next three films (Thor: Ragnarok, Infinity War, and follow Avengers film) gave great hope to the future of the Hulk. Jeff Goldblum and Cate Blanchett as the villains of this film just steal the show, if there is not a Grandmaster spinoff somehow Marvel is missing out on basically printing money.

By far my favorite new member of the MCU was the warrior Valkyrie played by Tessa Thompson. Marvel has always had strong female leads in their comic books and Thompson follows in the footsteps set by Black Widow in the films as she really shows she can hang with the big guns.

I would give Thor: Ragnarok 4 out of 5 hammers. While the film is the funniest of all the MCU to date and packs in some amazing action with visuals that will blow everyone away, it does lack the touching moments a la Guardians of the Galaxy: Vol. 2. The humor may have been a bit over the top, but I only really felt once or twice did it take away from the scene and where there should have been that ‘pause for effect’ moment it seemed to have skipped to move onto the next major fight.

Oh, for those of you wondering, there is one mid-credit scene, set up for the future of MCU, and one post-credit scene to leave you laughing.