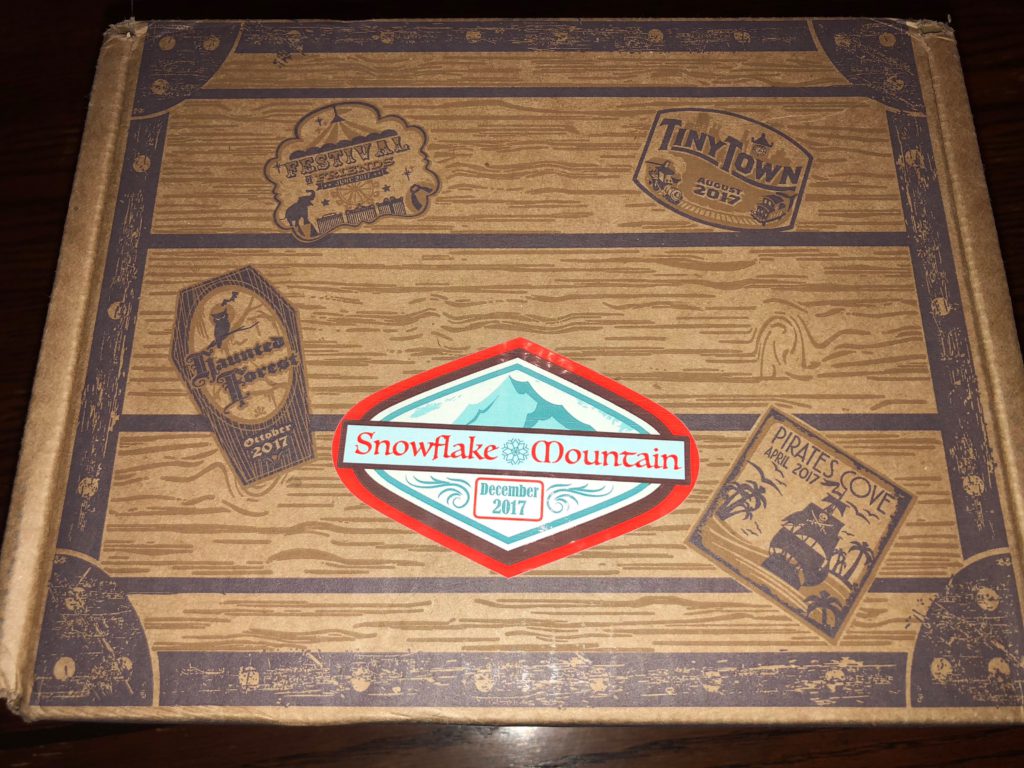 It’s that time of year and the holidays are just around the corner. For fans who subscribe to Funko’s Disney Treasures subscription box, Christmas comes early with a trip to Snowflake Mountain. What’s Snowflake Mountain you ask? Well, the map that comes with a description that just says it celebrates winter int he Disney universe. From the title and artwork, and the fact that the past few crates have included some parks stuff, I was expecting a yeti or some kind of Matterhorn or Expedition Everest swag. Alas…

The pin is Scrooge McDuck from the new Disney XD iteration of Ducktales and while some of his expeditions take him to frosty mountains, I wouldn’t say this exactly fits the theme. The pin is Olaf, the first of two Frozen items. 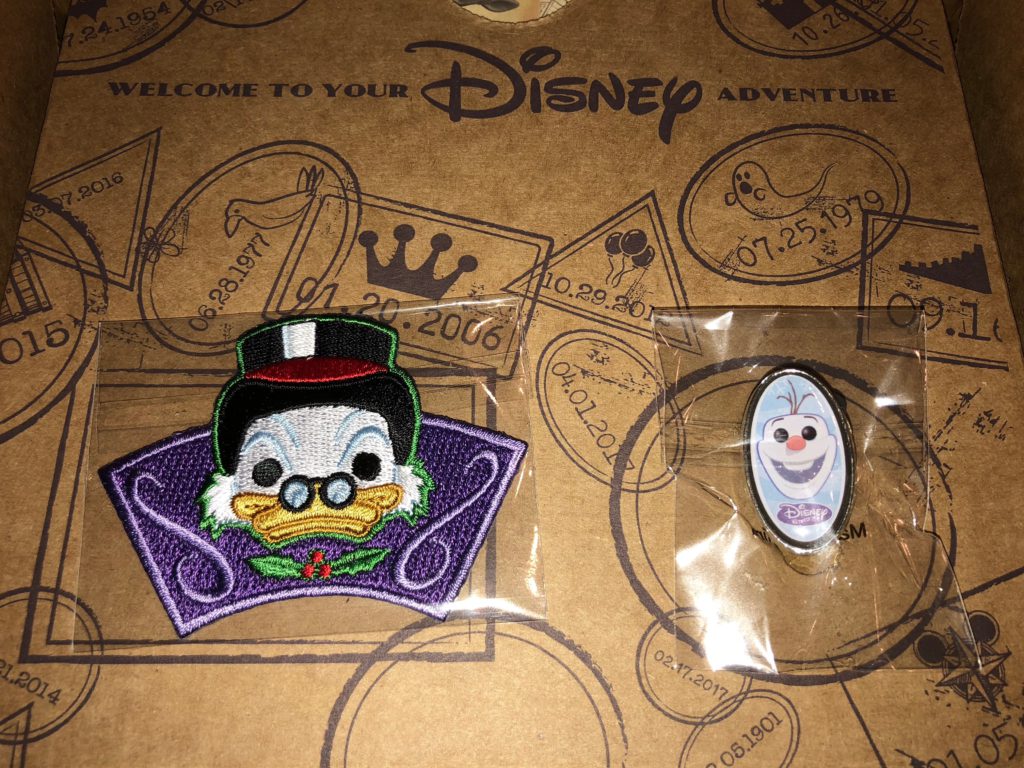 The first item I removed is a thermos, which looks bigger than it actually is. The light-blue body has specks of glitter that make it feel particularly wintery and I love the artwork of Mickey and Minnie skating. I was surprised/delighted that they aren’t Funko-styled, but I have to admit that I don’t know when I’ll ever use this. 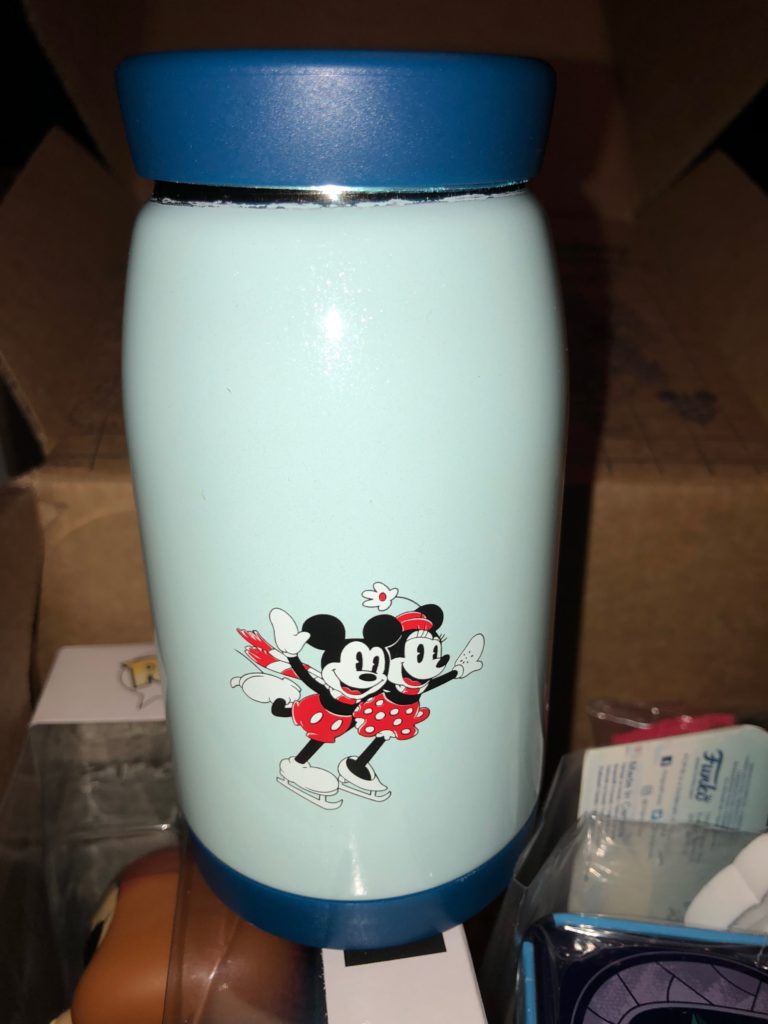 Depending on how you feel about Olaf’s Frozen Adventure, you may or may not be excited by the next unusual item. I, however, loved the short and the character and I’m planning to use this ASAP. It’s an Olaf cookie cutter and it couldn’t be cuter. 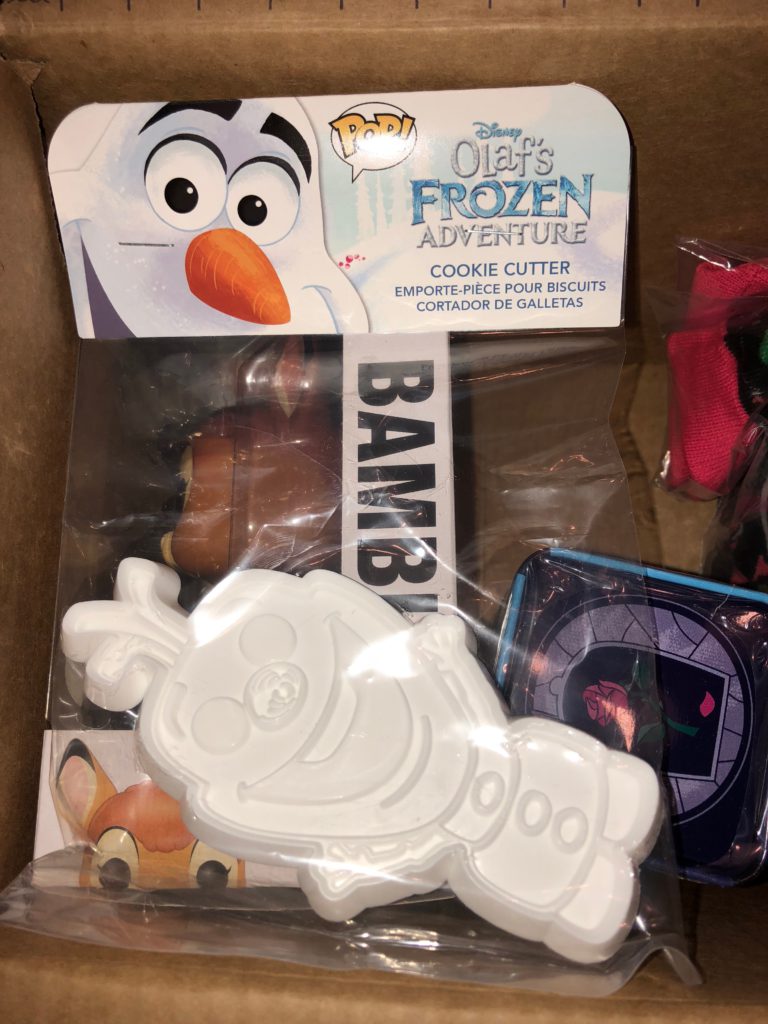 Christmastown sent a gift from Sandy Claws with The Nightmare Before Christmas socks. My family is going to be so jealous when I’m opening gifts in these beauties.

The Mystery Mini is themed to Beauty and the Beast and features Belle in her pink winter dress.

And the Pop! Vinyl figure is Bambi on ice, who is 10x cuter than I expected him to be.

Aside from the disappointment at not having anything from the parks in this crate, I still enjoyed the way Funko celebrated winter through Disney. The variety of items is nice and I may never get over Pop! Vinyl Bambi slipping on ice. 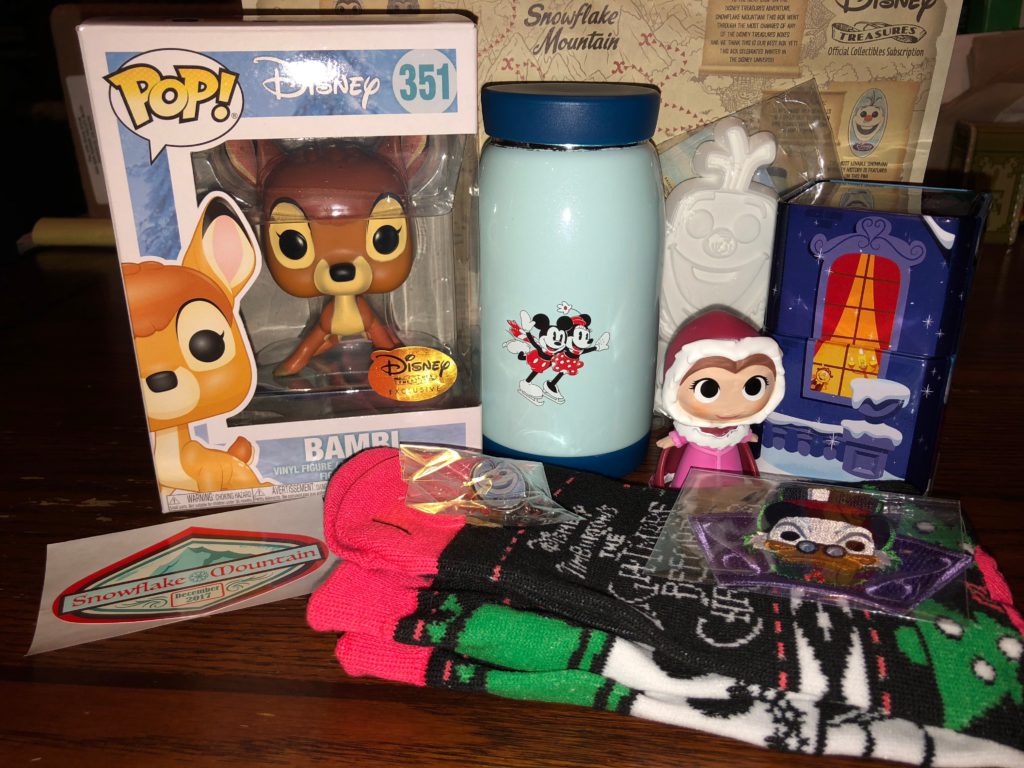 The next destination on the map is Ever After Castle, which suggests that there will be a wedding-themed Ariel and Eric Pop! Vinyl set judging by the silhouettes on the back of the map. This crate will be shipping in February and should arrive just in time for Valentine’s Day. Fans have until February 1st to place their orders and they can do so at the Official Funko Website.