Disney author Dave Bossert is working on a book to celebrate the 25th anniversary of  Nightmare Before Christmas. He joined us for a few moments to share a bit about the book and how fans can be a part of it: 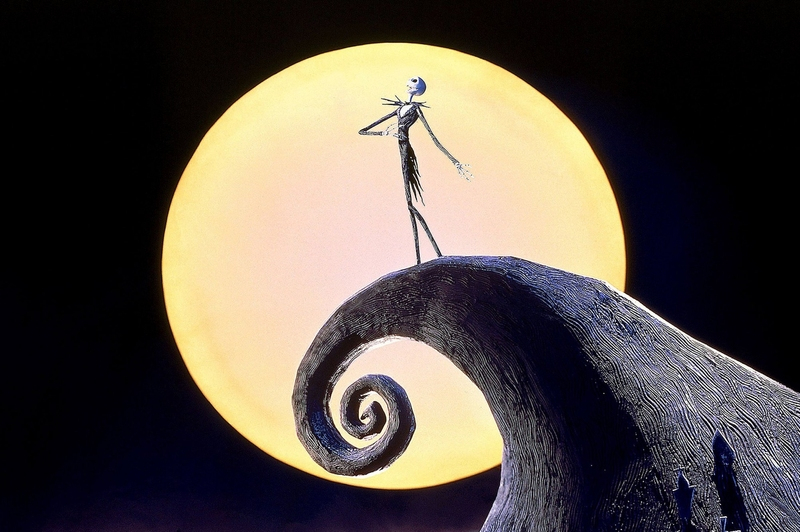 Laughing Place: Nightmare Before Christmas is coming up on a milestone anniversary and I understand you’re working on a book about it.

Dave Bossert: That’s right. This coming October is the 25th anniversary of Nightmare Before Christmas. I worked on the project, but what was really terrific was when Disney Publishing came to me and asked if I’d be interested in writing a book that was sort of a making of, behind the scenes of the movie. I said to them, “yeah, absolutely,” but I don’t know if you were aware, I worked on the movie and they weren’t. They didn’t know that I had worked on it, but that just added that much more to it, because I knew most of the players and it was just so much fun to be able to interview so many different people that worked on that movie and just reminisce about it and also catch up with some old friends. I had time with Tim Burton and Danny Elfman and Henry Selick and a whole bunch of animators, Eric Leighton and just a whole bunch of folks. It was really terrific and the book, the tentative title is, The Nightmare Before Christmas Visual Companion, and I can tell you right now, it’s going to be chock-full of so much material that people have never seen before. Stuff from behind the scenes of making that movie.

LP: Now, this is a film that seems to grow exponentially every year and there’s a very passionate fan base around the film. Is that going to play any role into your work?

DB: Yeah, absolutely, because, one of the things I’m covering in the book is, sort of, the afterlife of the movie and the fact that it did turn into this phenomenon with the Nightmare Before Christmas overlay on the haunted mansion at the park, all the merchandise, they do the midnight shows with Nightmare and last year they did a live concert at the Hollywood Bowl and so, you’ve got all of these different things going on that are connected to the film and there’s really not that many films out there where this kind of a phenomenon has taken hold. You’re exactly right, I mean, the fan base seems to grow every year. There are more and more people coming on, and you know, the interesting thing about Nightmare, the interesting thing about that films, is that when it first came out, it was rated PG and people were concerned about children seeing the movie, like it’d be too scary and now, those children that did see the film, are taking their kids to see the film. It think that’s pretty amazing. So, it went from what some people refer to as a cult film or a cult following to, in my mind, a mainstream, holiday movie.

LP: It’s interesting because I remember when it came out, and I didn’t even realize it was a Disney movie at first because it had that Touchstone banner on it.

LP: I think Roger Rabbit had that same sort of transformation.

Dave: Yeah, and I think that just speaks to the audience that has grown around these films.

LP: So, it’s my understanding that you’re actually seeking out folks to help you with this book.

DB: That’s right. Because one of the aspects that I think was really fascinating when I started working on this project was, you know, when we talk about the afterlife of the film, there’s an enormous fan base out there who have tattoos of the characters on their body. And I’ve seen photos of some just absolutely amazing tattoos that were done, you know, like a Jack Skellington down somebody’s entire arm, because he’s such a skinny character. What I’m looking for now, and I hope that I can get help from you and your audience, is I’d love for people to send in pictures of Nightmare Before Christmas tattoos to me and we’re going to make a selection of them and I want to do like a two-page spread of showcasing all the different Nightmare Before Christmas tattoos that people have.

LP: How can folks that want to send those to you and get them to you?

DB: Basically, what I’ve done and I set up an email account and what I’m asking for is if people would send me just a simple JPEG. They could take the picture with their phone and if they could send that to me at [email protected]. If they send me a JPEG, we’re going to take all the submissions and just lay them out on a table and we’re going to pick out the ones we want to put into the book that represent all the characters and then we’ll go back to those people and get them to sign a release, letting us use the photo, and also, we’ll give them attribution, we’ll give them some credit for their photo.

LP: Well, great. It’s exciting. I hope we get to chat more when we get closer to the book’s release. It’s great that you’re getting the fans involved, because that’s a movie that the fans have made into a phenomenon and it’s great that they get to be a part of its, I guess, literary discussion.

DB: Yeah, absolutely. I mean, just like you said, this is a movie that has grown exponentially because of the fan base. It has a strong fan following. From my perspective, I want the fans to be part of this book that’s getting put together. This is a way for us to be able to do that.

LP: Great. Well, thank you very much, Dave, and I wish you all the best as you get it written and we’re waiting with bated breath for its release.

To submit your Nightmare Before Christmas-inspired tattoos for possible publication in Dave Bossert’s upcoming book, be sure to send photos to [email protected].