When people ask me where I recommend having lunch in Disneyland park, my answer is always Red Rocket Pizza Port (R2P2). “You have to try the Count-Down Chicken Fusilli, it’s out of this world!,” I say. But during Pixar Fest, the restaurant has been overtaken by some interstellar visitors. ooo-OOO-ooh! 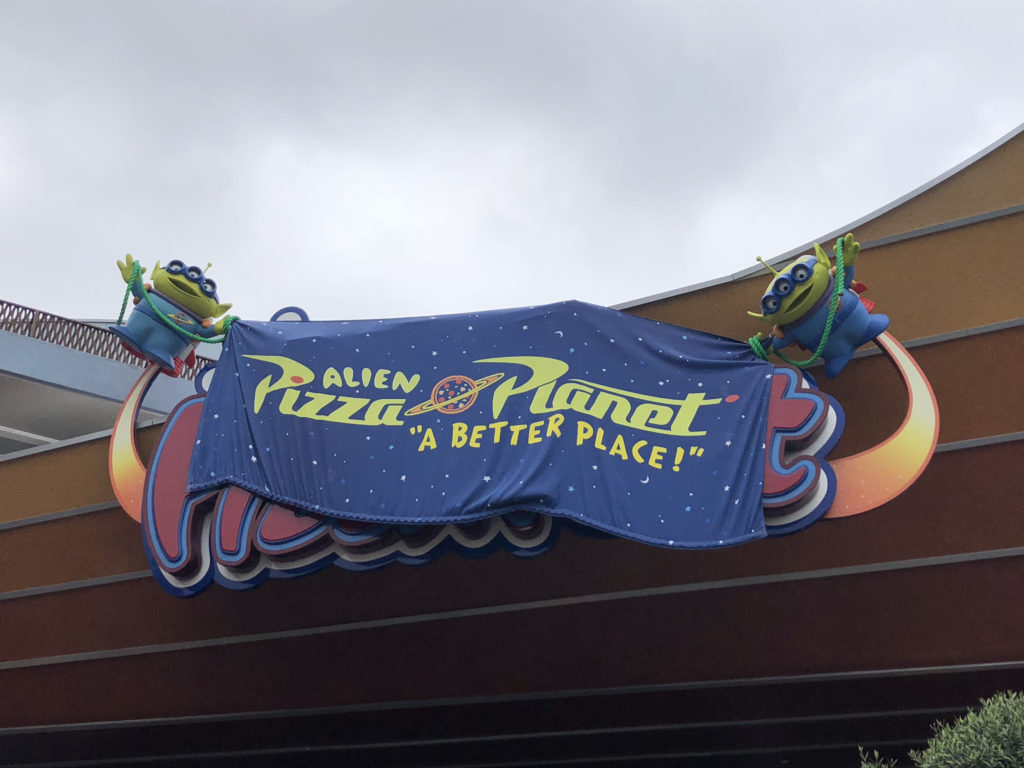 The temporary overlay greets you at the entrance, with an armed sentinel granting you access to a commissary of galactic goodies. Many of the R2P2 staples are still on the menu, but I decided to try some of the “Limited time magic” on this visit. 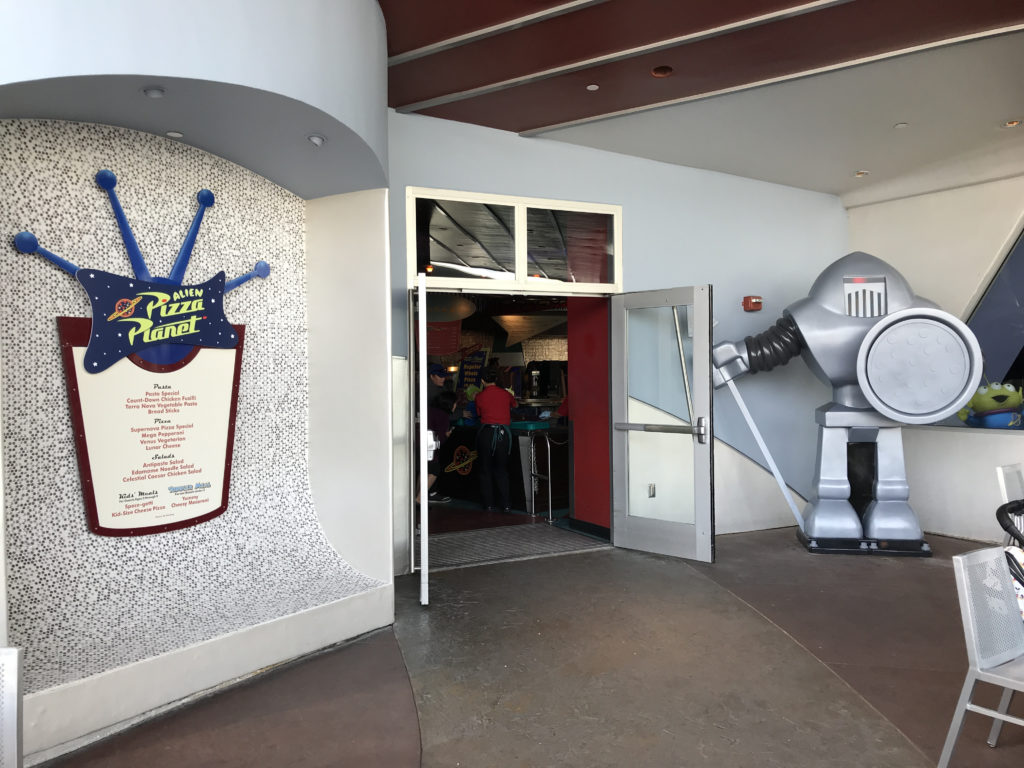 They have a specialty pasta, but being “Pizza Planet” I decided it was time to try pizza. And not just any pizza, but the “Supernova Pizza Special.” I didn’t think it looked that appetizing at first glance, but looks can be deceiving. I also chose the special green apple freeze drink, which you get to fill yourself. Be sure to fill the dome lid all the way to the top. 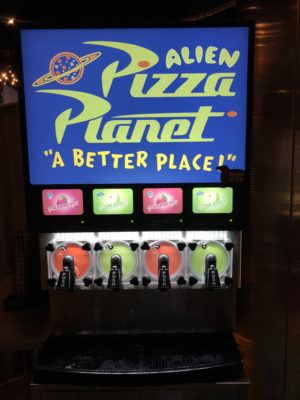 I’m not typically one for dessert mid-day, but I couldn’t pass up the alien macaron cookie, which was flavored with lemon and blackberry. The Supernova Pizza Special was hands-down one of the best things I’ve ever tasted at the Happiest Place on Earth. It has bites of hamburger meat, giant sliced pickles, and a really yummy sauce drizzled over the top that tastes like a mix of condiments you would find on a burger. The crust was full of flavor and very soft. I’ve been dreaming about it ever since and hope it becomes a permanent menu item at R2P2 long after Pixar Fest is over. The green apple freeze tasted like drinking a green Jolly Rancher, and the macaron was as yummy as it was adorable. It reminded me of something you would find at Tokyo Disneyland. 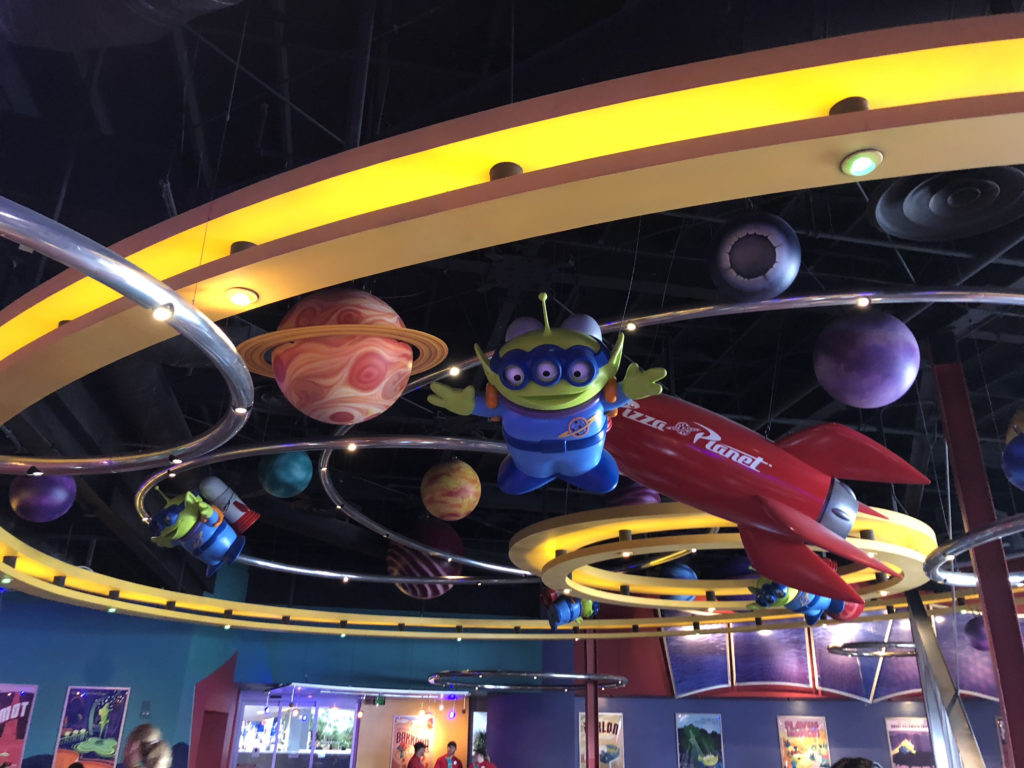 If you’re planning a trip to Walt Disney’s Magic Kingdom during Pixar Fest, be sure to make Pizza Planet and the Supernova Pizza Special a part of your visit. You’ll be eternally grateful. 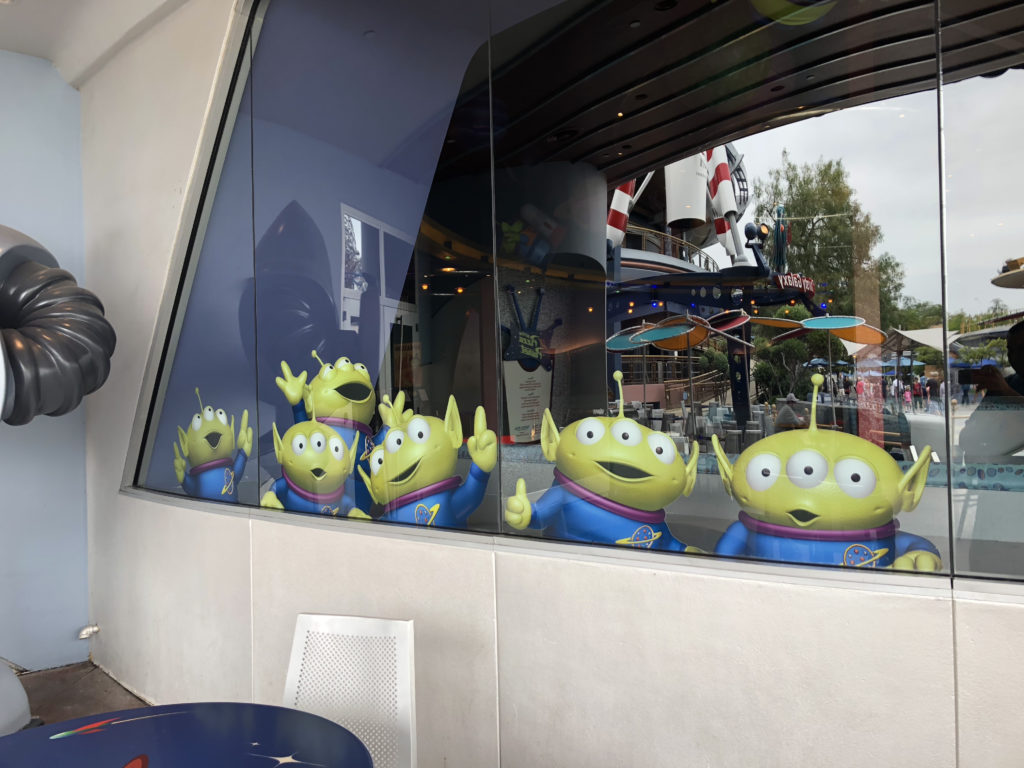