Take an “Inside Look” at SeaWorld Orlando 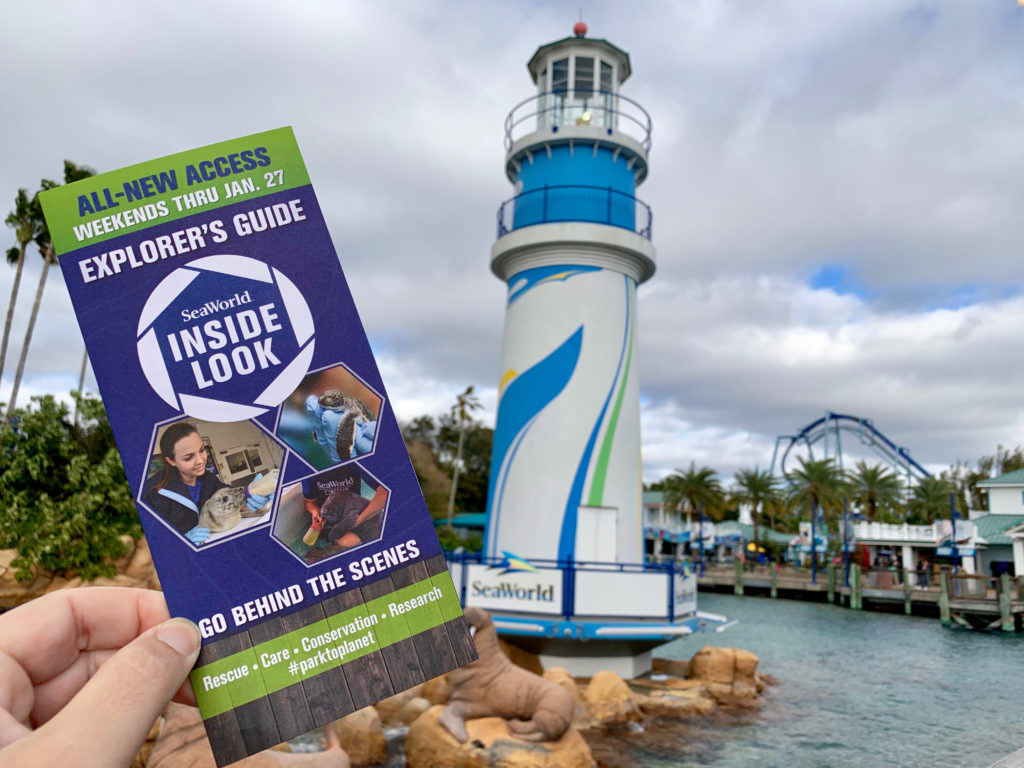 January has always been a slow month for Orlando theme parks, but SeaWorld Orlando came up with a great way to bring guests into the parks by offering an “Inside Look” at some seldom seen by the public areas. For the past two weekends and continuing this upcoming weekend (January 26th and 27th), guests are given the opportunity to get a tour into six “Ambassador Only” areas. Best of all, it is all included with the price of admission. The Fish House is where we started and as we found out pretty much where every days starts with two Ambassadors (SeaWorld employees) getting there well before sunrise to start preparing over 2,000 pounds of food for the animals all throughout the park. One of the most important things that SeaWorld does is help rescue and rehabilitate animals. From the smallest birds to the biggest whales, SeaWorld has always been at the ready to help and we were able to see some of the equipment they use as well as some recent rescues like Manatees. 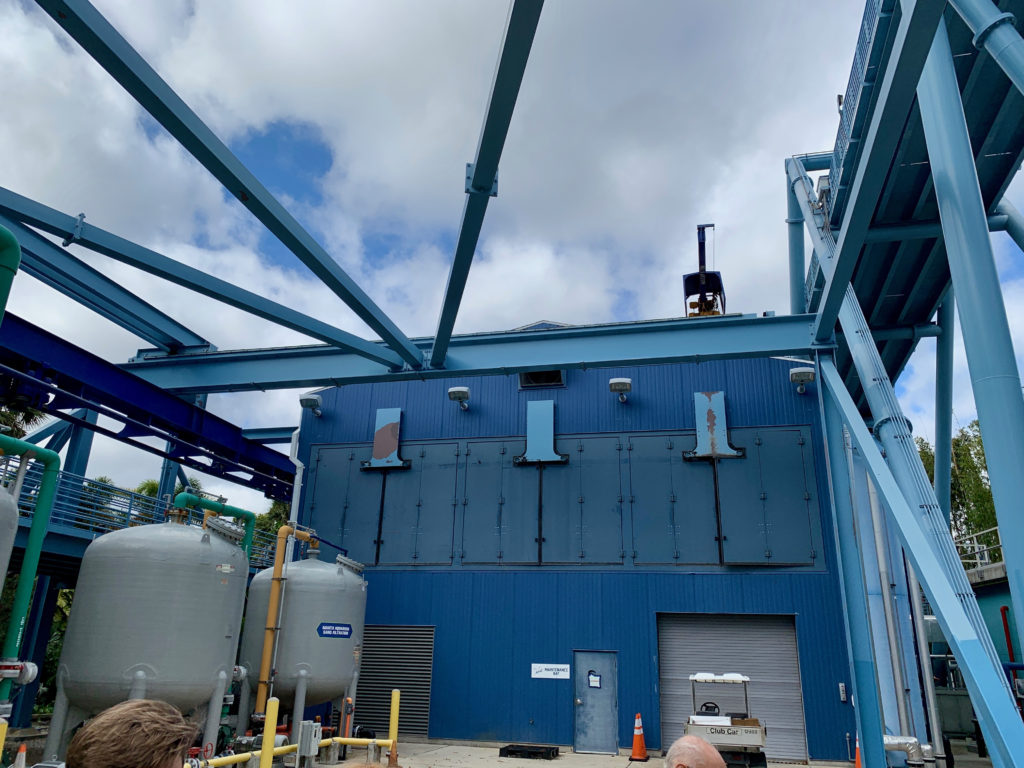 My favorite “Inside Look” was here. Not only did we get a look at the upper level of the Manta aquarium but also some information about the Manta coaster. But the highlight was getting to go in and see into the giant aquarium guests walk through when they are in the queue for Manta. One of the staples of SeaWorld Orlando, since I can remember, has been the Clyde & Seamore Show. Getting a chance to go behind the scenes and learn about how they train the animals, as well as take care of them, was worth the price of admission. We also learned that the complete cast of the show, including backups, contains 14 sea lions, 12 otters, and one walrus. Plus, Pacific Point Reserve next door has 70 animals that are all taken care of in that area. 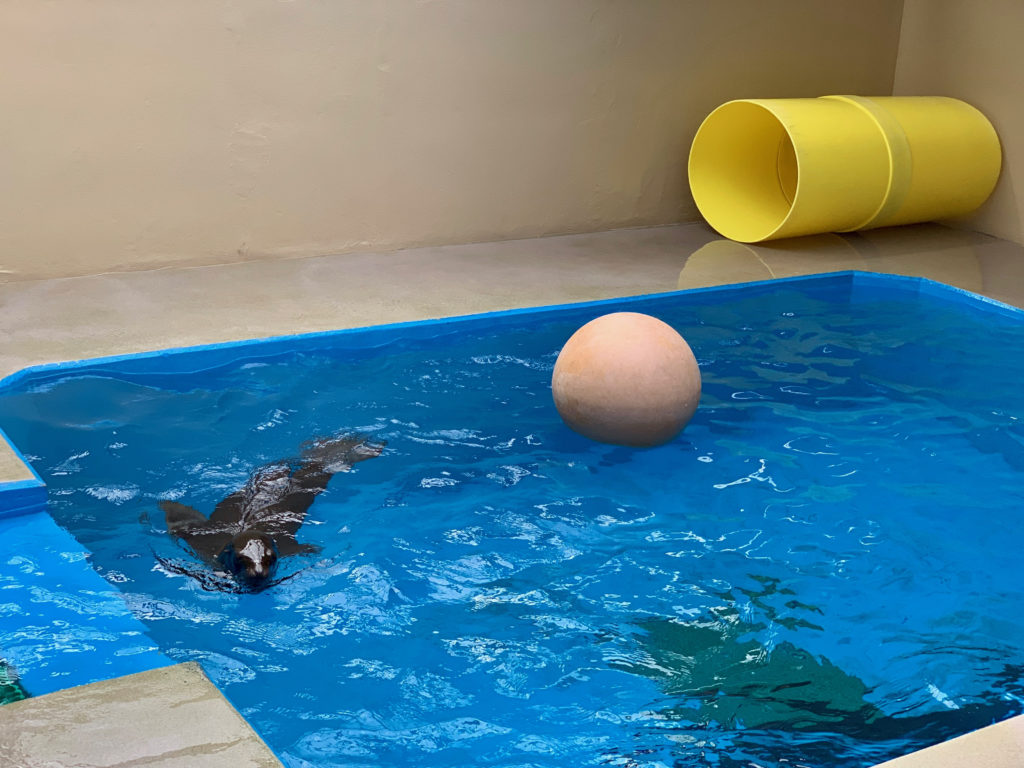 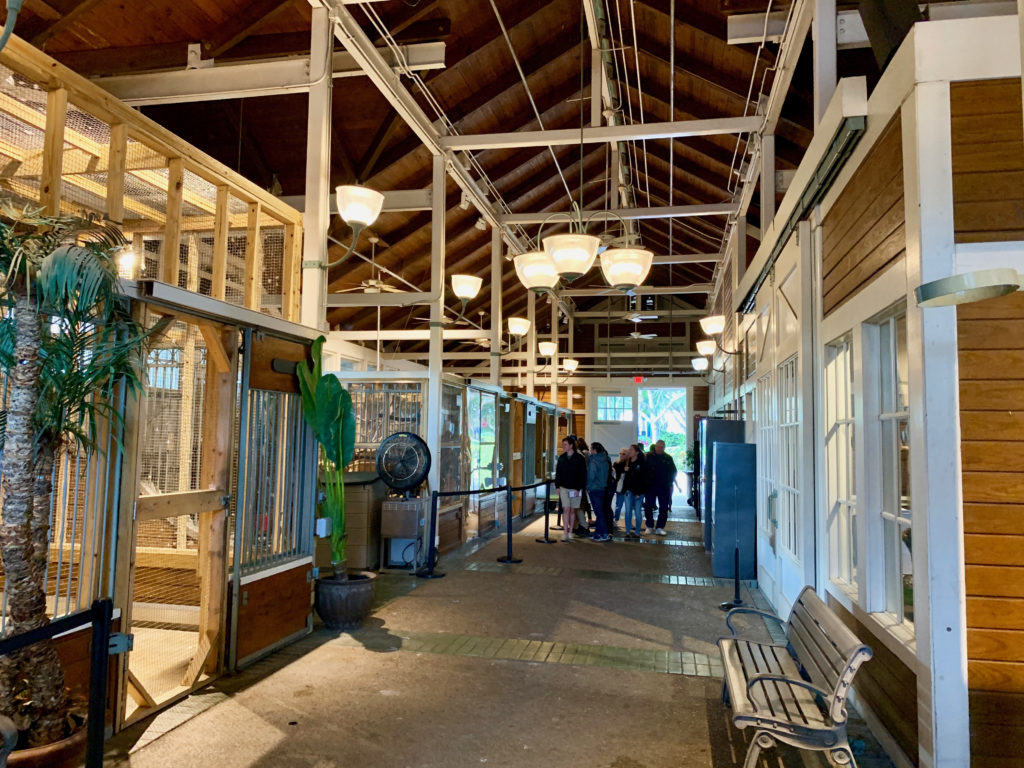 The Animal Ambassador Hamlet is more of a self-guided tour through the homes of many of the animals that make surprise appearances in the park. This area was once used as the stables for the Clydesdales horse but now have many feathered friends taking up residence. The Beluga & Seal housing is actually all part of the Wild Arctic attraction so we were taken backstage to see the homes of these amazing animals and shown their fish house that not only takes care of feeding these animals but also those at SeaWorld’s water park Aquatica. Guests who take part in the “Inside Look” are given a map and, if they visit just four of the six locations, they can redeem it at the Rescue Store at the front of the park and receive a complementary collectors pin. 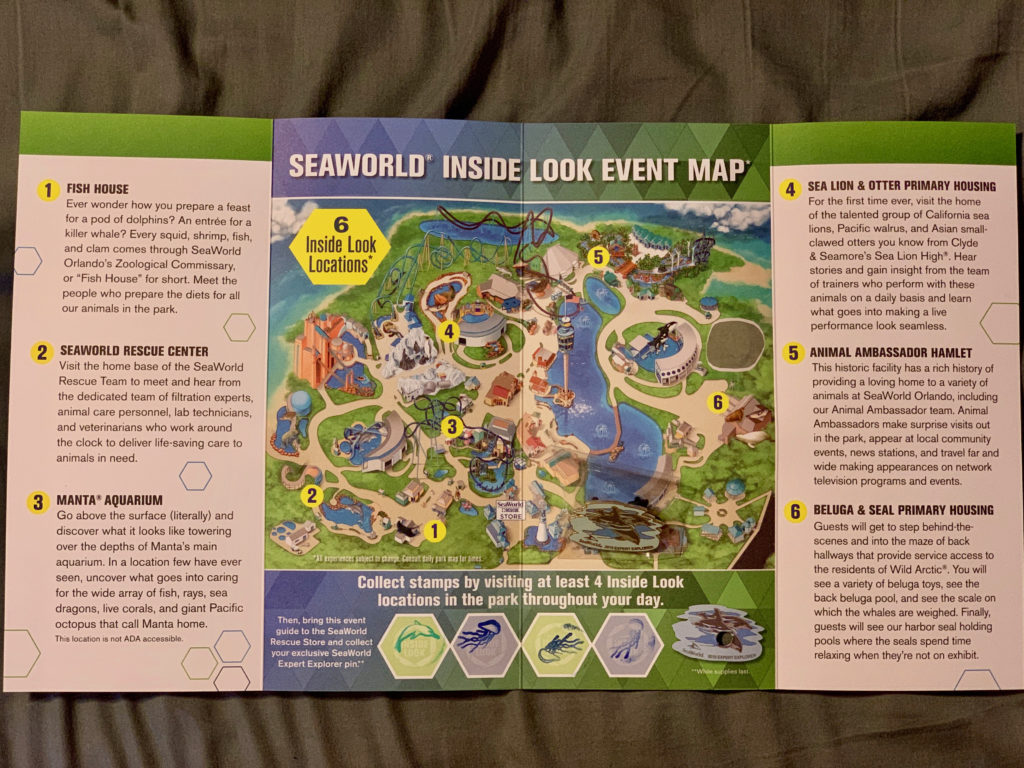 As I said, this upcoming Saturday and Sunday are the final days for this round of the program, but we were told the event would return in May with five new locations to visit.

To learn more including park hours, and plan your visit, head to SeaWorld.com/Orlando