When ESPN+ initially launched, the streaming service announced several original series that would debut within the first few weeks of the platform. After that, there appeared to be a bit of a lull as focus seemingly shifted to live events and signing on new leagues to offer streams (hey, it is a sports network after all). Despite that, the service isn’t done producing exclusive non-live sports content just yet, as evidenced by the debut of its latest series, The Boardroom. 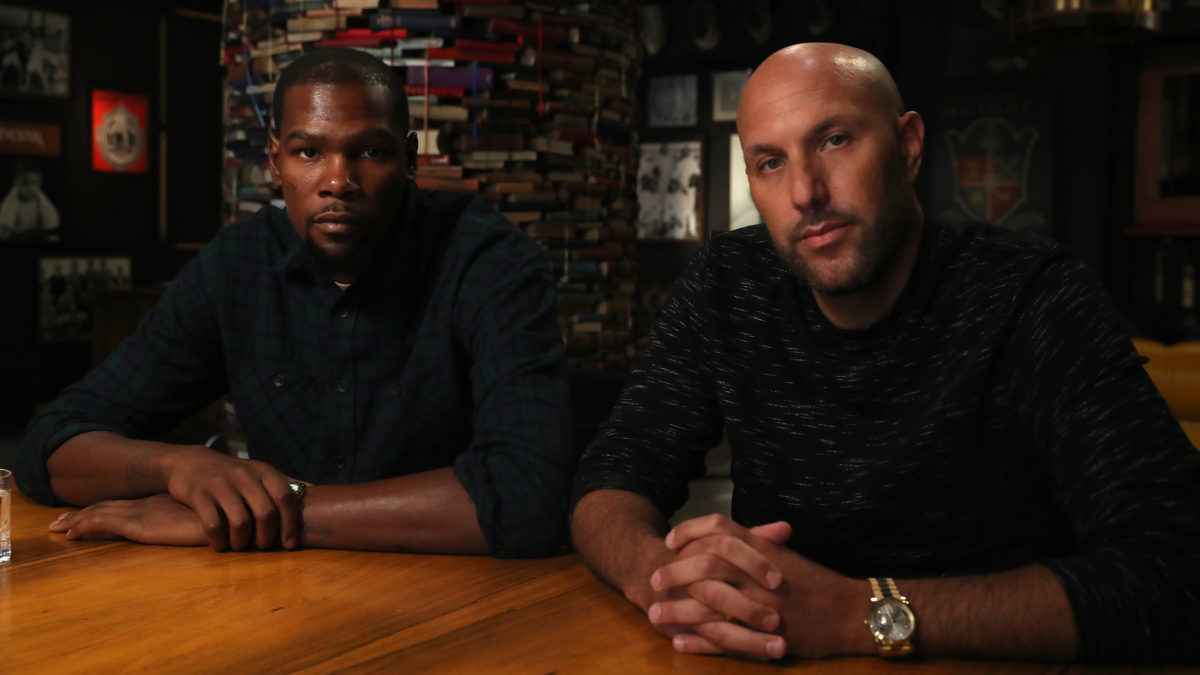 The Boardroom comes from NBA All-Star Kevin Durant, who produces the series alongside business partner Rich Kleiman. Its premise is simple: pick a topic and have four (five with host Jay Williams moderating) experts share their thoughts and opinion on the matter. However, the topics features might not be exactly what you expect. Case in point: the first episode is all about sneakers.

I’ll admit that when I saw the episode titled “Sneakers,” I wondered if this was just going to be sneakerheads talking about shoes for a full half hour. Instead, I was fascinated by many aspects of athlete brand deals, marketing, and other topics that were raised during the conversation. Meanwhile, outside of the Boardroom itself, the shows interwoven segments about a shop in San Francisco called Stash proved slightly less engaging but did help to break up the conversation.

Outside of host Williams, the only panelist to return for episode 2 was Kleiman — meaning no KD to be found. The topic for this episode is ownership and features those involved in different organizations across multiple sports. This item around, not only was the Boardroom discussion intriguing but so were the interstitials looking at the most valuable sports franchises and, later, the connection the LAFC (Los Angeles Football Club) made with fans before they even played their first game.

As much as I enjoyed the first two episodes of The Boardroom, I’m not sure I’d return if I didn’t know what was ahead. At the end of the premiere episode, a short teaser shows upcoming appearances from the likes of Jack Dorsey (Twitter and Square CEO), Lebron James, and more — not to mention the return of Durant to the Boardroom table. Needless to say, this definitely got me curious to check out what’s ahead. Moreover, having watched episodes on topics I didn’t think would interest me only to find myself fascinated, perhaps I shouldn’t limit my future viewings to just those featuring people I already know.

Overall, I think The Boardroom is a fine addition to ESPN+. Personally, while it appears that events like UFC matches are helping drive up the number of subscribers to the platform at the moment, I hope the service doesn’t stop making shows like this as it continues to find a path for itself. Whether you have an interest in basketball, tech, marketing, or just enjoy hearing five professionals discuss their crafts, you’ll like want to pull up a chair around The Boardroom.