Players: Assemble! Family game night just got a lot more epic with Hasbro’s latest themed edition of Monopoly with the Avengers Edition. Inspired by the Marvel Cinematic Universe and the 10th anniversary of Marvel Studios, this version of the game features twelve pawns in addition to a host of other characters from the Avengers films. 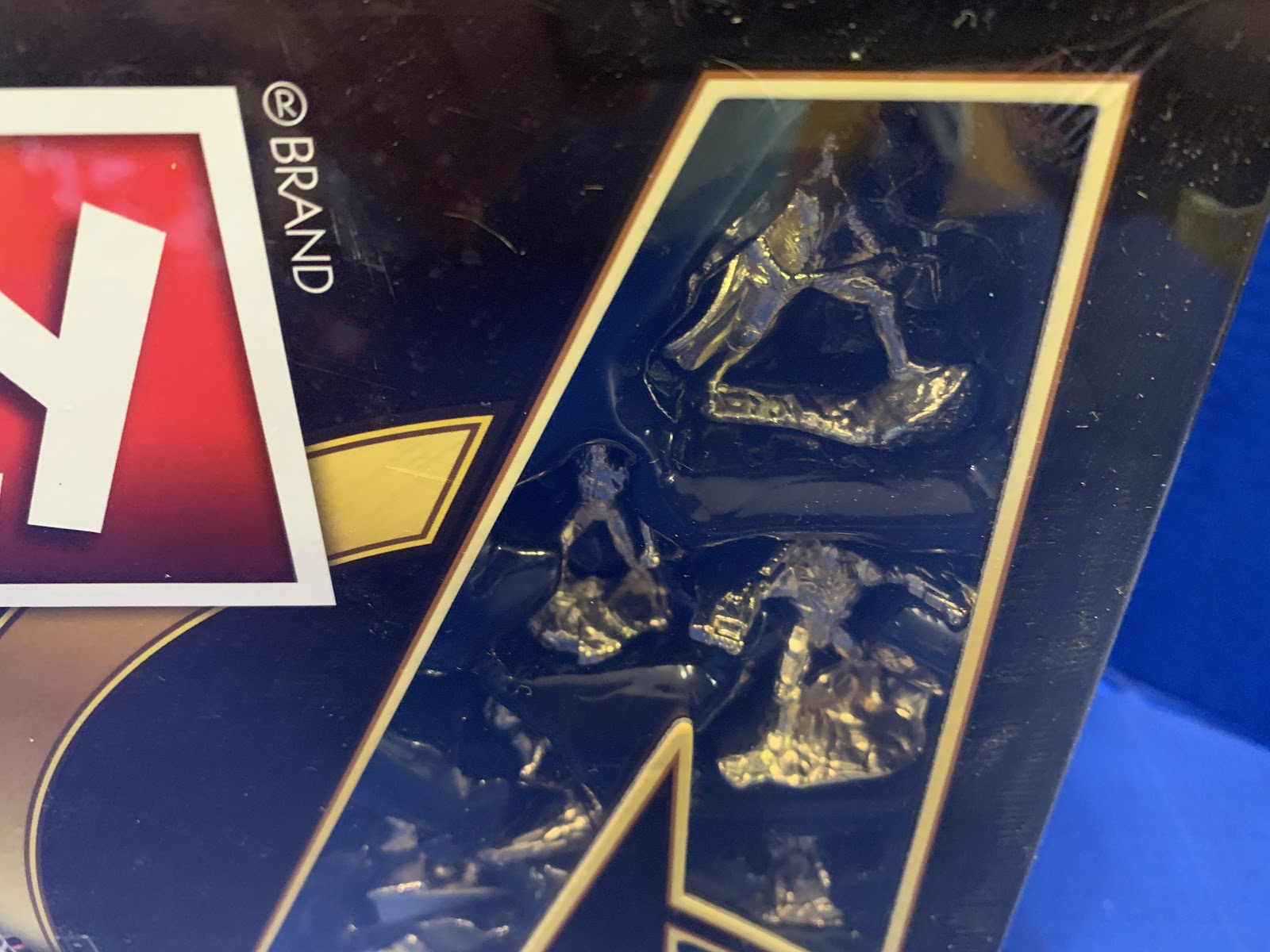 The game replaced properties with heroes and the spaces exclude any characters with pawns, which is most of the biggest characters like Iron Man, Captain America, Hulk, Hawkeye, Ant-Man, Nebula, Thor, War Machine, Rocket Raccoon, Black Widow, and Captain Marvel. The last pawn is the Infinity Gauntlet. 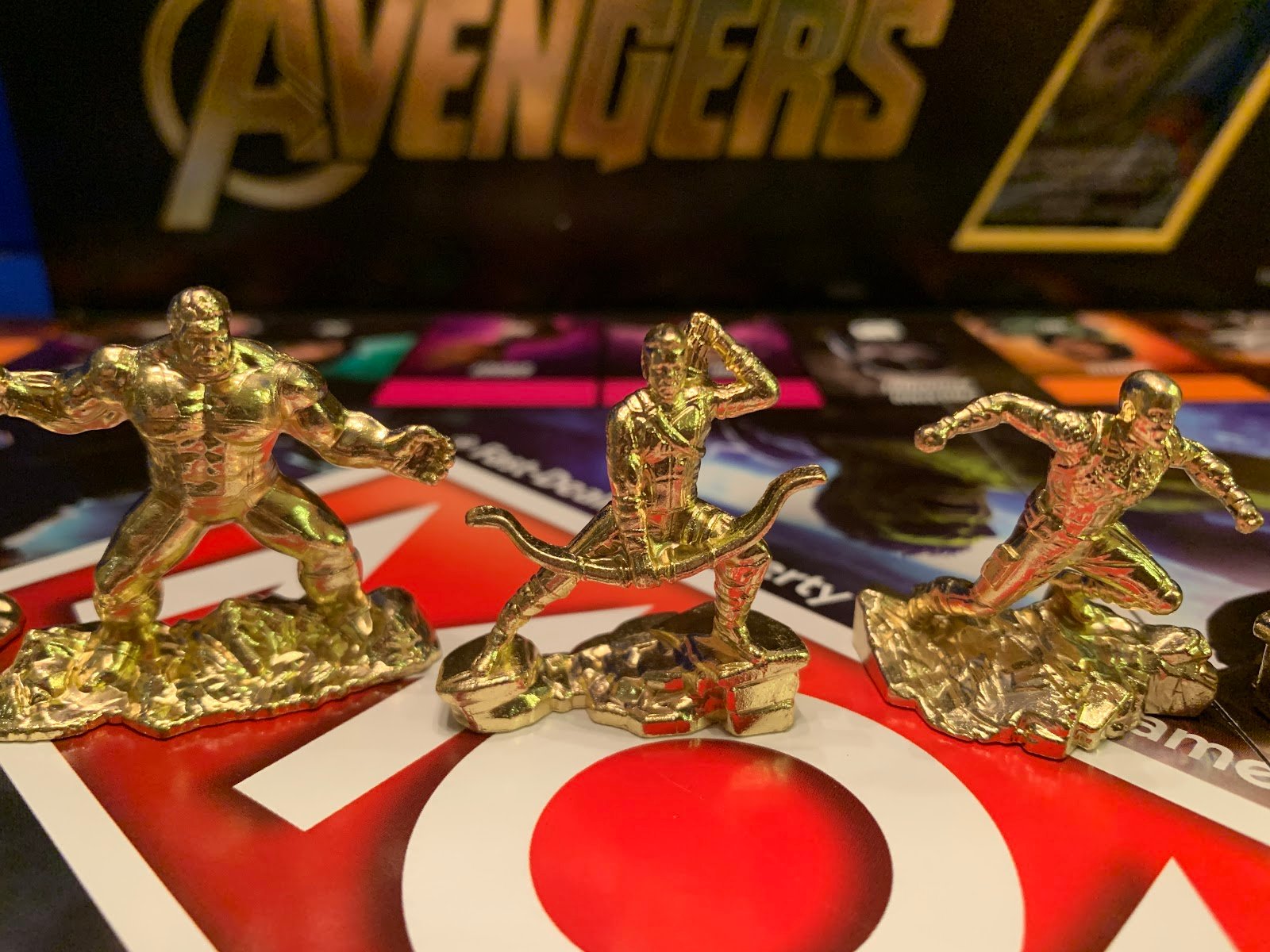 The game board features some great character art and colors that really pop. The Monopoly Money all features the Avengers “A” and drops the Monopoly Money symbol for some reason. Chance and Community Chest are replaced by Stark Tower and Infinity Gauntlet. And railroads become Children of Thanos, while utilities are additional characters (Winter Soldier and Black Panther). 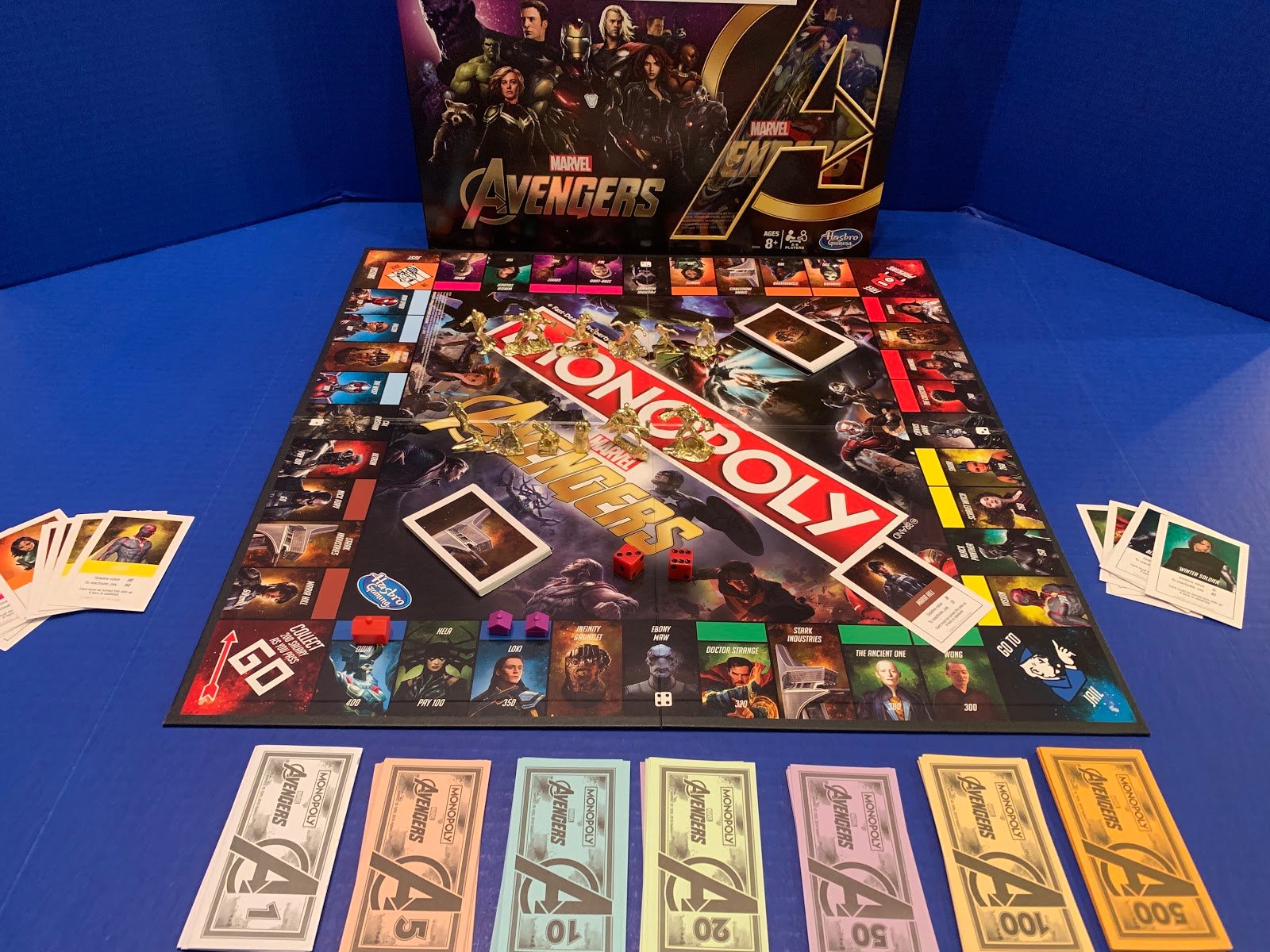 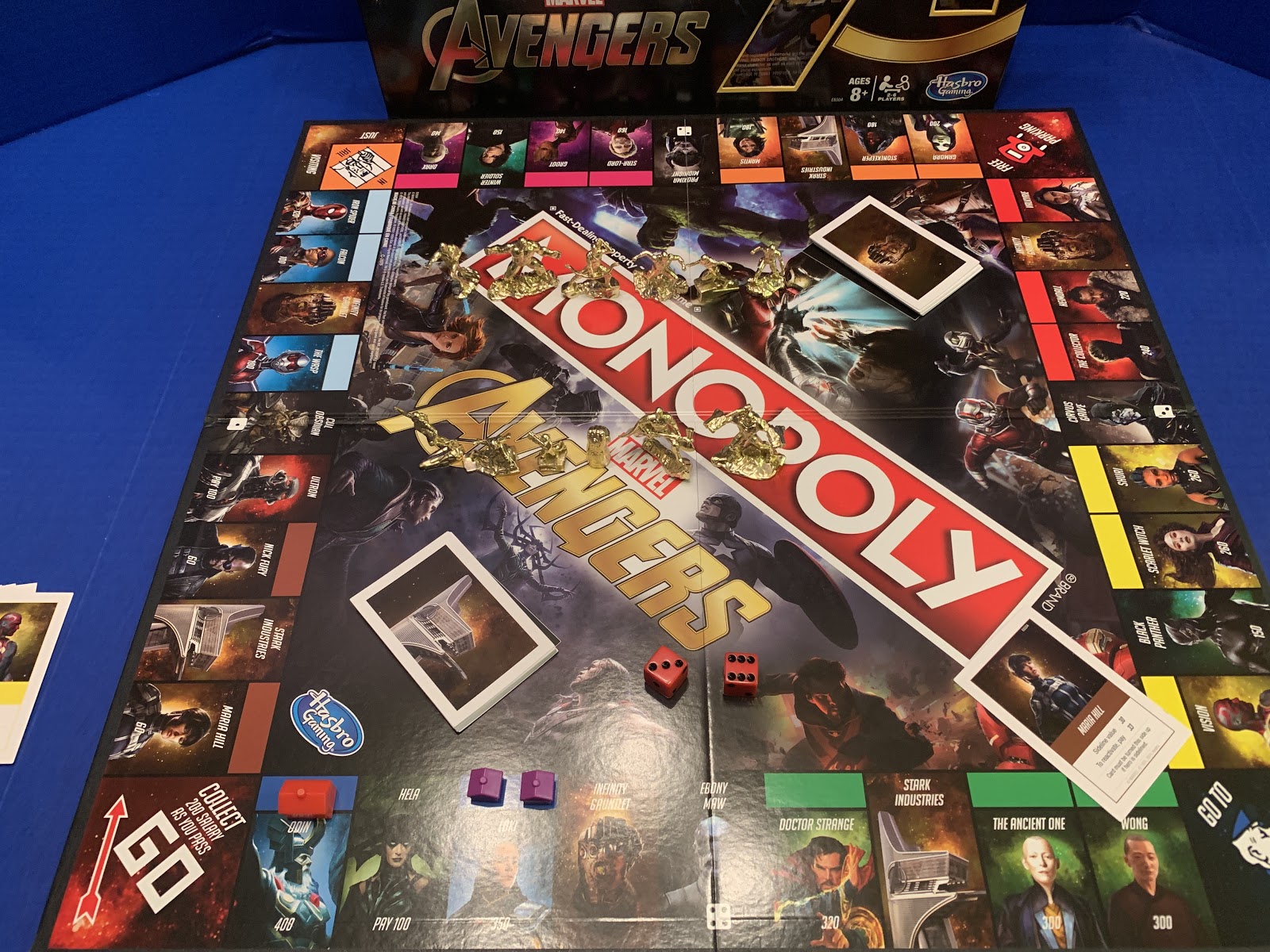 Landing on a Children of Thanos space requires the player to roll the die once for their pawn and an additional time for each drafted hero in their collection. If they can match the number before they run out of rolls, they get to roll again and proceed away. Losing a battle with one of Thanos’ children causes the player to end their turn and lose $200.

The Stark Tower cards are similar to Community Chest cards, with themed events that fit in the context of the Avengers films. The Infinity Gauntlet cards are more complicated, requiring the player to roll a die to determine if the outcome will be good or bad. Another small difference is that houses are called “Bases” and hotels are called “Headquarters” (and they are purple and red in this version).

Avengers Monopoly is very much the classic game you know and love, with a well themed overlay and a few modified rules. I enjoyed playing it and while playing as Captain America, I got his American… Assets… kicked through some unfortunate lands and rolls with the Children of Thanos. Those spaces shake things up a lot more than you expect them to, but add a lot of fun. These spaces, along with the Infinity Gauntlet cards, add an unpredictable level of fun to one of the best board games of all time.