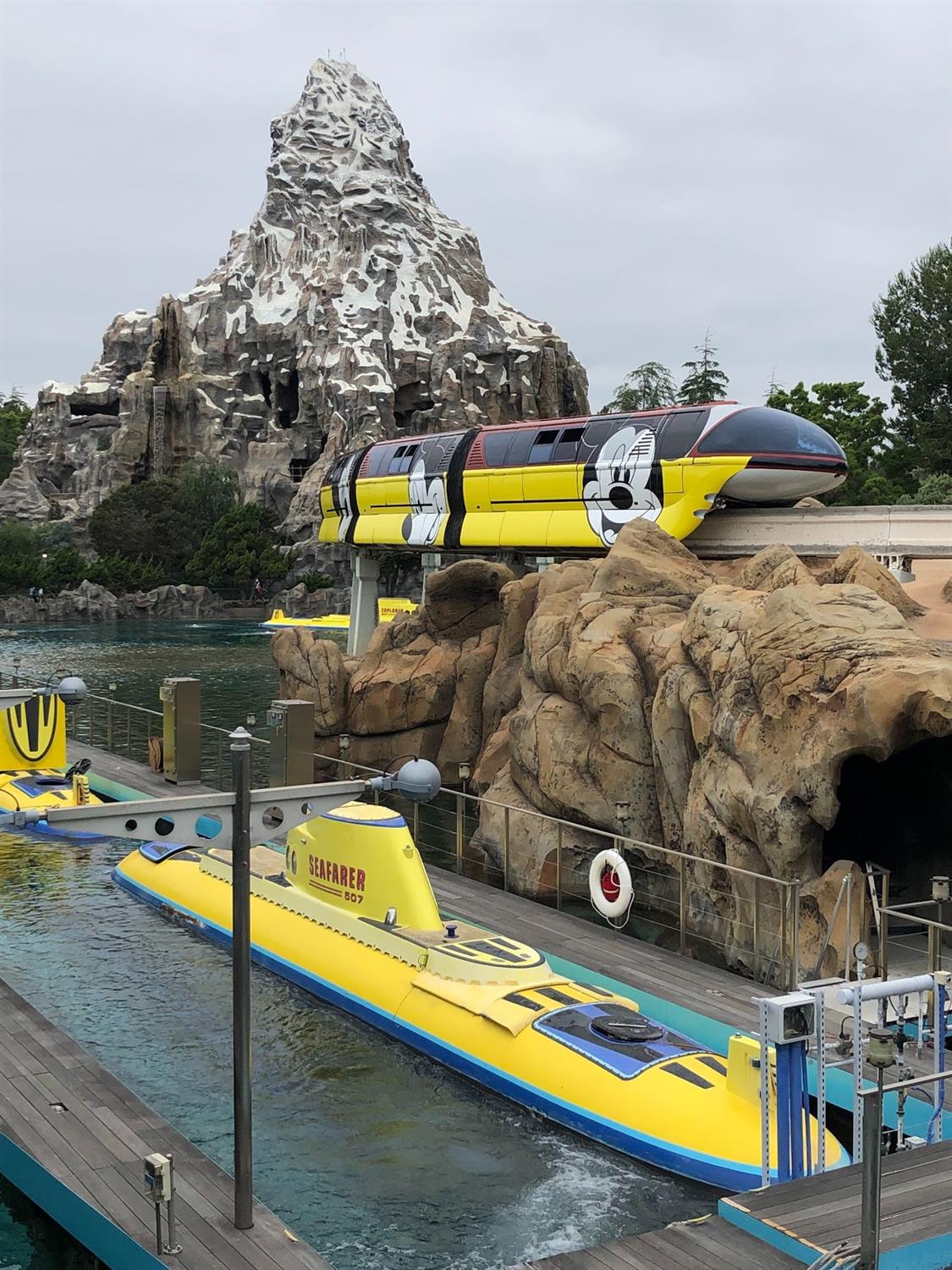 Sixty years ago today, Walt Disney’s original Disneyland theme park in Anaheim, California celebrated its “second grand opening” when it simultaneously added three E-Ticket attractions, all of which still stand and operate adjacent to each other on the border of the park’s beloved Tomorrowland and Fantasyland areas.

In celebration of these iconic attractions’ Diamond anniversaries, this morning Disney Archivist Matt Moryc gave us a fascinating and informative guided historical tour of the Disneyland Monorail, Matterhorn Bobsleds, and Submarine Voyage with a focus on the legacy of three of the most cherished rides in any theme park.

Among the interesting facts presented during the above tour are:

And a Limited Edition pin celebrating all three attractions was also available for purchase at Disneyland Resort: 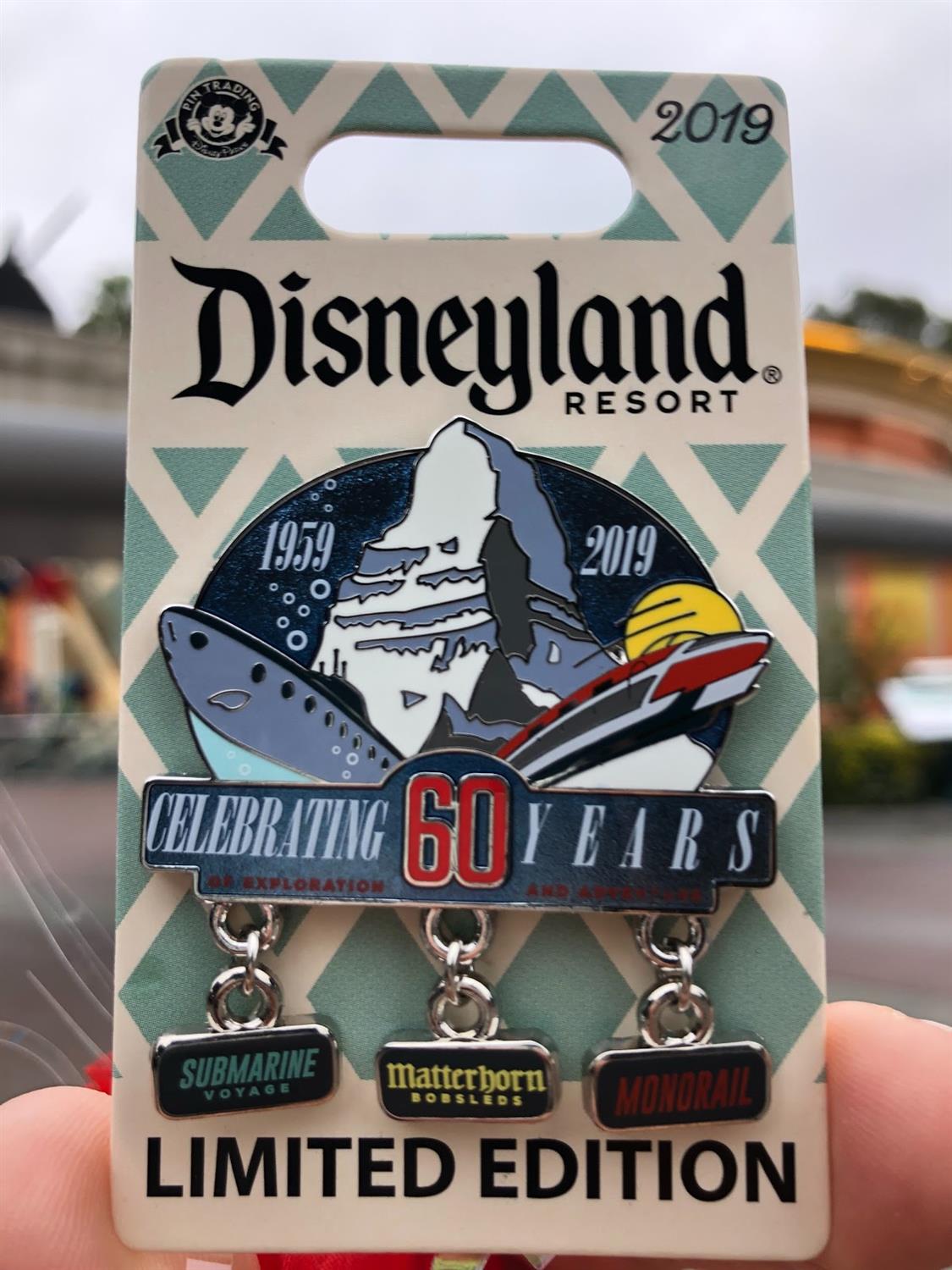 You can ride the Disneyland Monorail, Matterhorn Bobsleds, and (now Finding Nemo) Submarine Voyage at Disneyland in Anaheim, California.