It’s no secret that one of the many key factors that made the original 1977 Star Wars film a success was its incredibly groundbreaking visual effects. George Lucas founded the VFX company Industrial Light & Magic (also known as ILM for short) specifically to further the technology needed to pull off such jaw-droppingly convincing work, and the company continues to thrive to this day as an industry leader in making the impossible possible on the big screen.

Last week at The Academy of Motion Picture Arts and Science’s Samuel Goldwyn Theater in Beverly Hills, a number of legendary contributors to ILM and Lucasfilm’s work gathered together to discuss the daunting task of bringing Star Wars (and 2016’s prequel film Rogue One: A Star Wars Story) to life in a presentation called “Galactic Innovations.” 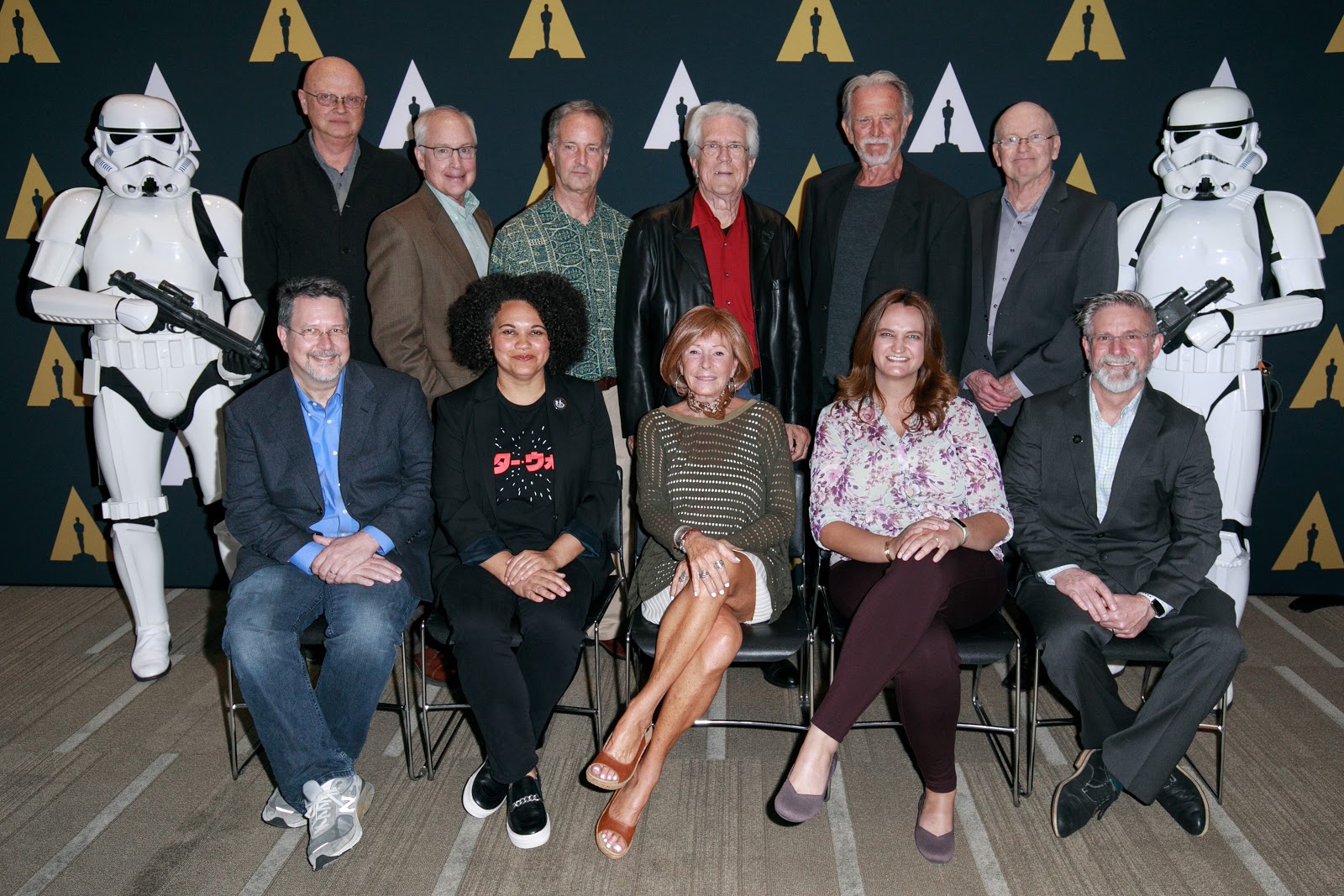 For several hours each guest was given time on their own to speak about their individual contributions to either the original Star Wars trilogy or the current slate of films being created under Lucasfilm’s new owner Disney, with an emphasis on Rogue One. Then a brief panel discussion was held with the five most influential speakers, as they ruminated together on their roles in revolutionizing the art of visual effects with the help of moderator Kiri Hart, former head of the Lucasfilm Story Group. 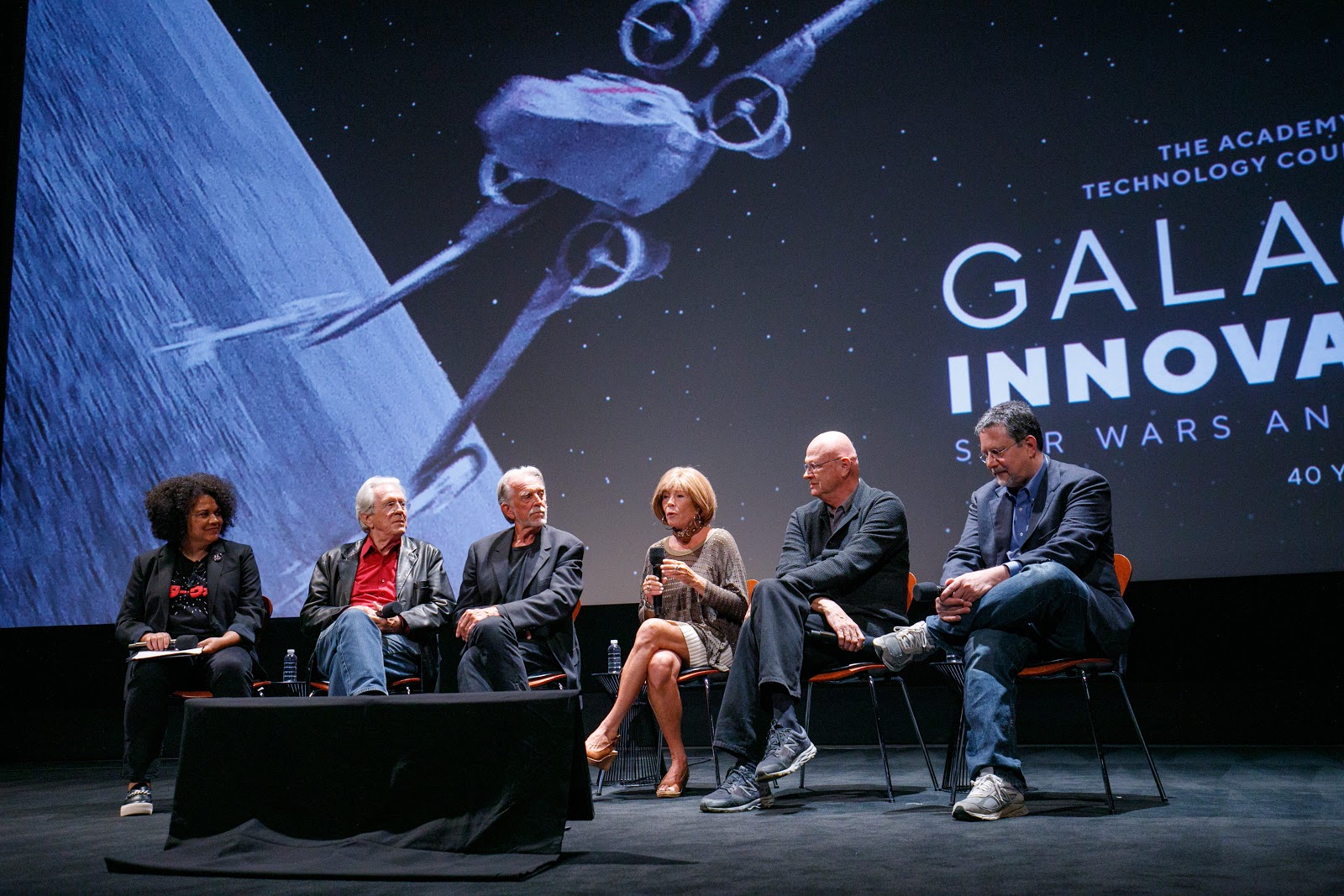 One of my favorite moments of the presentation was learning about the development of the Dykstraflex camera, which was on display in the Goldwyn Theater’s lobby after the show. The Dykstraflex, as Richard Edlund informed the audience, was the first digital motion control photography camera system which allowed for seven axes of motion and computerized duplication across multiple takes.

This camera system was created to help replicate the motion blur one would see in live-action photography, and eliminate the jerky feel of traditional stop-motion animation that had previously been used to generate spaceship sequences prior to the production of Star Wars. 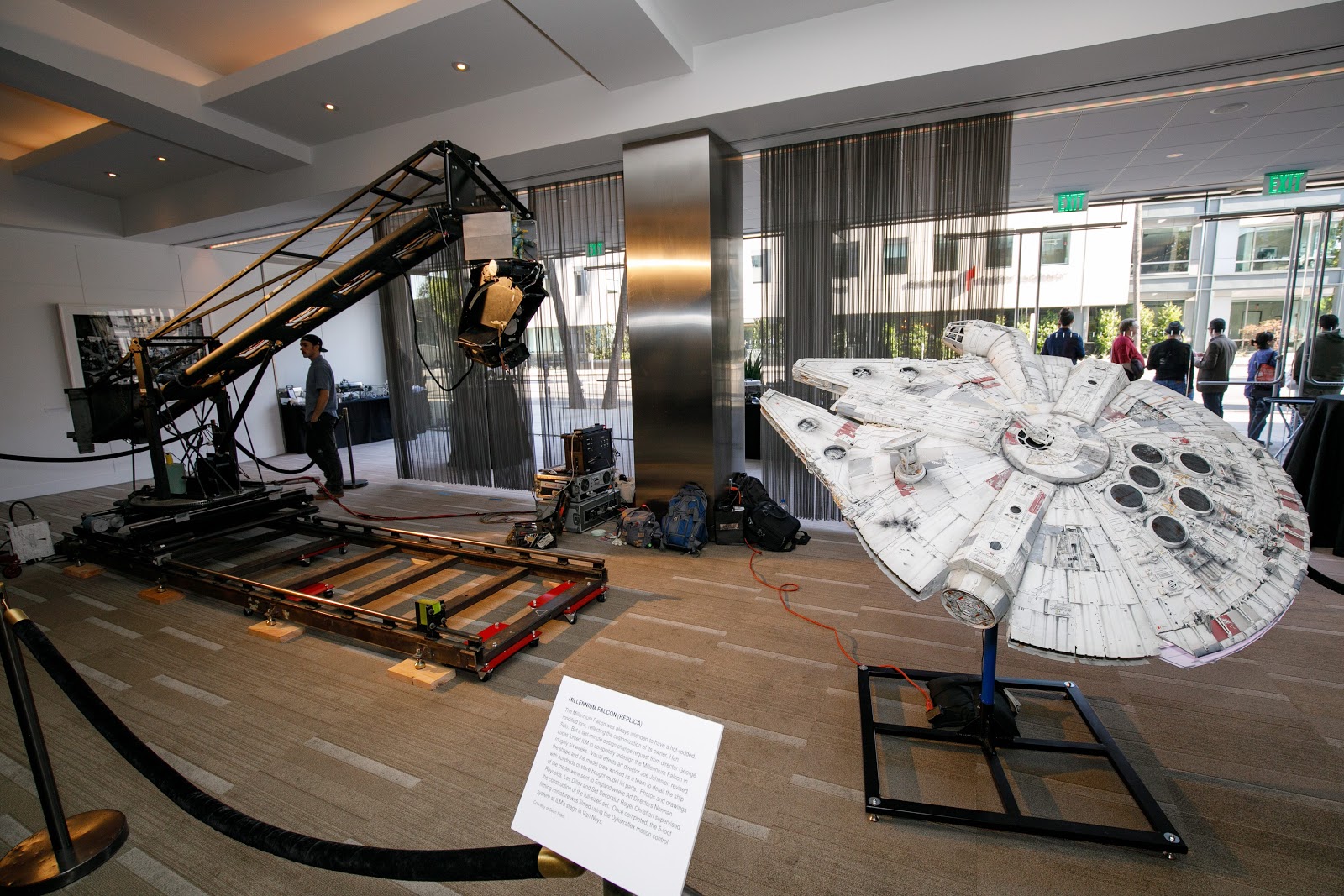 John Dykstra (namesake of the Dykstraflex camera) spoke about how ILM’s collaborative environment helped foster the creativity needed to make such amazing technological advancements under the pressures of a major studio’s investment in the film. He compared the working camaraderie at the company to what it must have felt like being in the Rebel Alliance, and concluded that “the people were the magic” in Industial Light & Magic.

Dennis Muren discussed the advent of CGI in 1980s movies like Young Sherlock Holmes, Willow, and The Abyss, and how the Lucasfilm Graphics Group evolved into Pixar Animation Studios. He also revealed how Star Wars: The Last Jedi Rian Johnson wanted to return to the days of using physical models for that film until Muren convinced him that CGI was just as photorealistic when creating space flight sequences, by incorporating newly computer-generated ships into existing shots from The Empire Strikes Back. 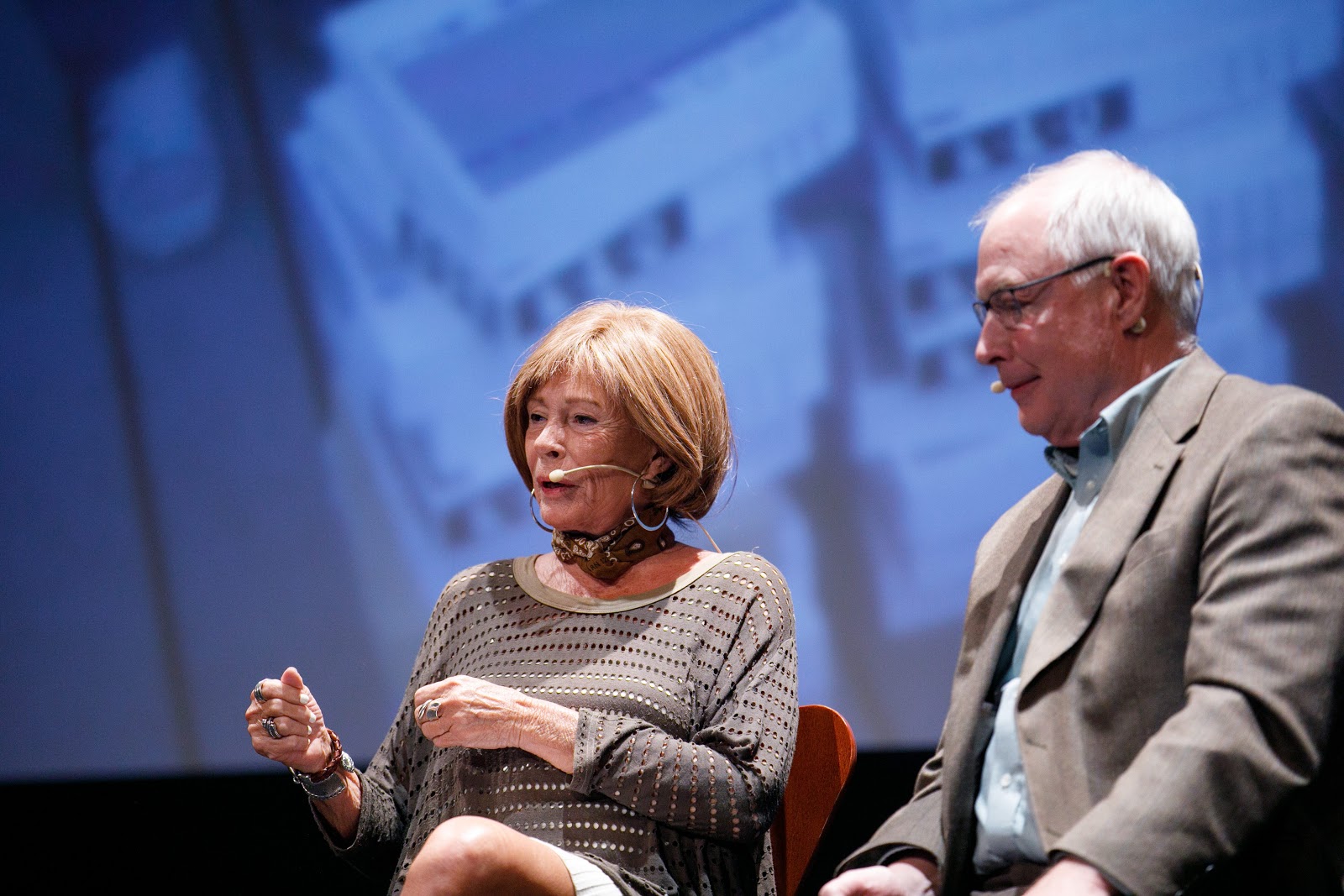 We heard from John Knoll (co-creator of the Adobe Photoshop program outside of his work with ILM) about the contrasting “style books” of Star Wars and Rogue One, and how the latter’s director Gareth Edwards– who was present in the crowd– used a virtual camera system to find shot compositions in pre-rendered space battles. He also spoke on the difference between how actors Anthony Daniels and Alan Tudyk were respectively able to embody their droid characters of C-3PO and K2-SO, demonstrating the motion-capture process changed genre filmmaking forever.

Another of the absolute highlights of “Galactic Innovations” was hearing editor (and ex-wife of George Lucas) Marcia Lucas talk with Ben Burtt (most famous for creating the voices of R2-D2 and Chewbacca) about analog editing vs. the advent of making digital changes in post-production. Marcia Lucas was beyond instrumental in crafting Star Wars into a coherent, entertaining motion picture, and she described how her choices shaped the Death Star battle sequence into the iconic scene fans and film enthusiasts have analyzed and celebrated for the past four decades. While there were maybe one or two too many speakers for an tech-focused event on a school night, The Academy’s “Galactic Innovations: Star Wars and Rogue One” provided a much-needed reminder of how an incredibly talented group of men and women came together to break the mold of visual effects in the mid-seventies, and how that work is continuing to this day. It’s easy to forget how much sheer effort goes into creating the shots we see in our favorite Star Wars movies, but helping us forget is also part of the job.