Marvel has created some amazing, unforgettable villains over the years – Magneto, Dr. Doom, Galactus. Then of course, there are some that got taken to the next level, thanks to the Marvel Cinematic Universe. Near the top, if not right at the top of that list is none other than God of Mischief himself, Loki.

Marvel Comic has launched a new series for Thor’s villainous brother, and it puts an exciting, comedic twist on Loki, who might just not be quite as villainous as you know him to be. It also doesn’t take long for this series to introduce its comedic strategy. Loki is known to be one of Marvel’s funnier characters, but now he’s a straight up comedian.

My favorite aspect of this new issue is “Loki’s Trickster Tips,” a footnote-of-sorts in which Loki explains how to be the trickster that he is. My only complaint about it is I wish there were more of them in this issue. I guess I’ll have to read more of this series to learn more. 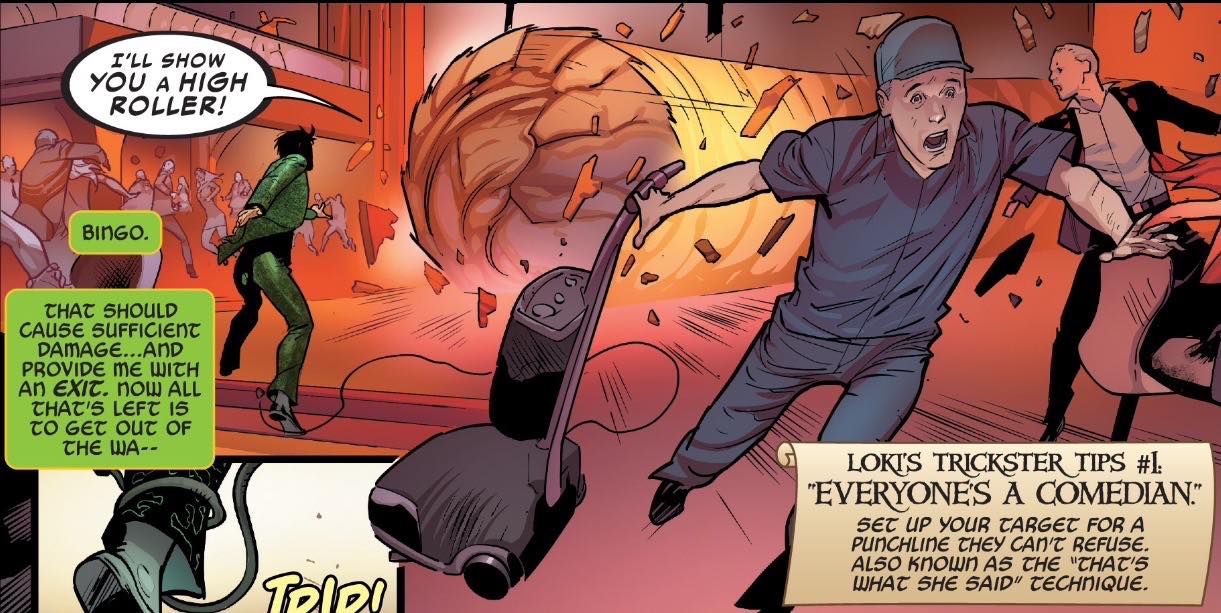 Of course, it wouldn’t be a Loki story without his brother. Fear not Thor fans, the God of Thunder appears in this issue, and he wastes no time before scolding his troublesome brother for not taking his job as king more seriously. He shows up just in time to, well, to bail Loki out of jail and take him home to do his job. 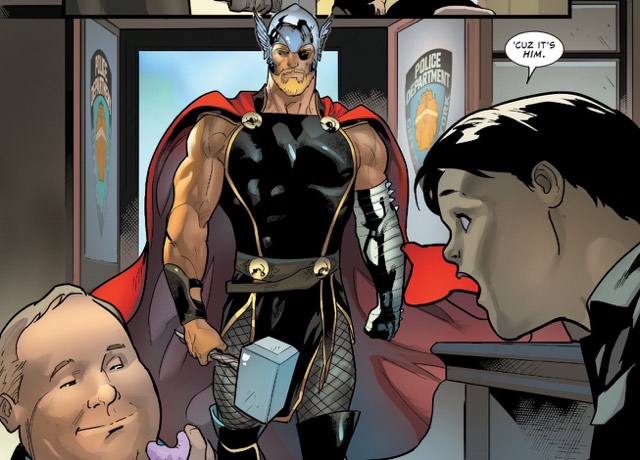 I really enjoy writer Daniel Kibblesmith’s modern and comedic take on Loki. He’s still the same overly-confident, regal Loki you know and love but with a more carefree, sarcastic attitude. In fact, I would even go as far as to say: this Loki is a total bro. 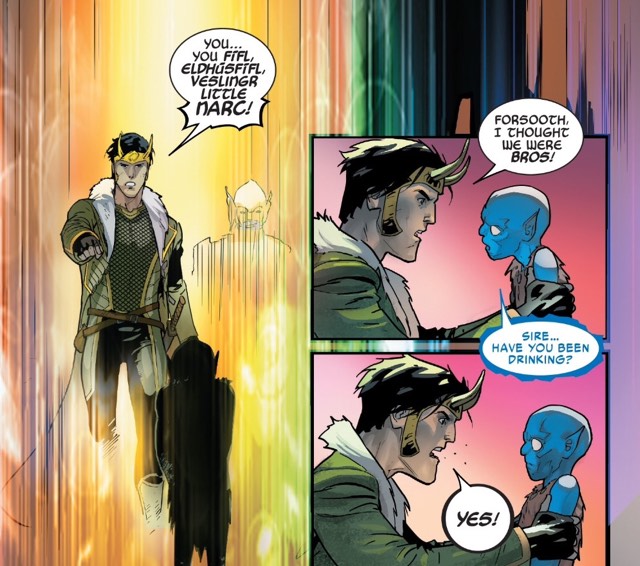 To really take this issue to the next ridiculous and hilarious level, Loki uses the Norn Stones, ancient cosmic weapons, to create a snowman bodyguard to sit on his throne while he’s gone, much to Thor’s dismay. He even takes it a step further and names the snowman Frosti.

As far as action goes, there isn’t much in this first issue. In fact, this issue is more so just an introduction to the characters and situation than anything else. There is a villain introduced, but he is quickly dispatched and doesn’t seem to be a part of the overall story arc.

It does, of course, leave you with a cliffhanger to set up the future of this new series. There’s a bit of a time travel angle that, at the moment, is a bit confusing but will likely sort itself out in future issues. It seems like a fun direction for the God of Mischief to be headed.

Overall, I am certainly interested in this new issue. The new take on a classic character is fun and I am curious as to where this story is headed.