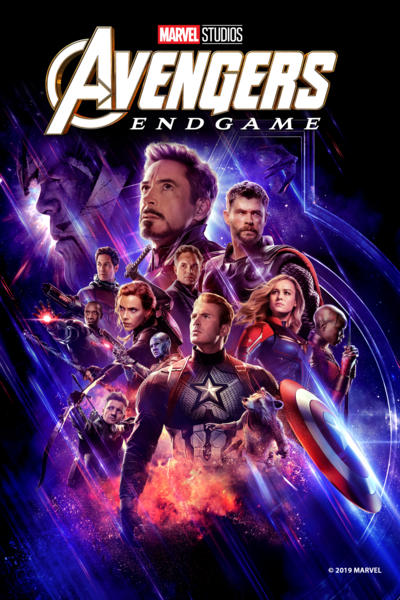 Marvel Studios’ Avengers: Endgame recently became the highest grossing film of all time, bringing in almost $1 billion domestically and almost $3 billion worldwide. If this isn’t the must-own film of the year, I don’t know what is. And now fans can bring it anywhere they go with the Digital HD release, now available from all digital providers.

Ten years of Marvel Cinematic Universe films have led to this moment, resolving the cliffhanger ending of Avengers: Infinity War and allowing some of the franchises most beloved characters to take a bow. Whether you’ve been following the entire series or only a handful of characters, there’s a little something for every fan in Avengers: Endgame, which is no doubt the secret to its Hulk-sized success.

The world is still coping with the sudden loss of half the population following Thanos’ snap. When Ant-Man returns from the quantum realm, he reunites with the surviving Avengers with a plan that involves time travelling through past MCU events to capture the Infinity Stones before Thanos ever obtained them. But when Nebula’s mechanized parts synch with the mind of the Nebula in the past, Thanos grows wise to their plan and has another trick up his sleeve to prevent them from undoing his life’s work.

The film offers a fun time-travel experience through some of the most memorable moments in the MCU to date, making it feel like a celebratory retrospective with tongue-in-cheek jokes. It rewards attentive fans in spades and leads to the most touching moment in the franchise, bringing Phase Three almost to a close and wrapping up the main storylines in an epic finale worthy of a standing ovation.

This digital release is available in HD and 4K ahead of the August 13th disc release. Bonus features include a tribute to Stan Lee, character retrospectives, deleted scenes, and an audio commentary.

Note: Bonus Features vary by retailer. These bonus features were reviewed through the iTunes edition.

Avengers: Endgame is the kind of film that demands to be seen multiple times. With the Digital HD release, you don’t have to wait any longer to revisit the exciting conclusion to the stories of several of the most memorable characters in the MCU as the emphasis shifts to newer characters. With an engaging commentary track, behind-the-scenes featurettes, and deleted scenes, fans can dive deeper into the filmmaker process to feel like a member of the crew.