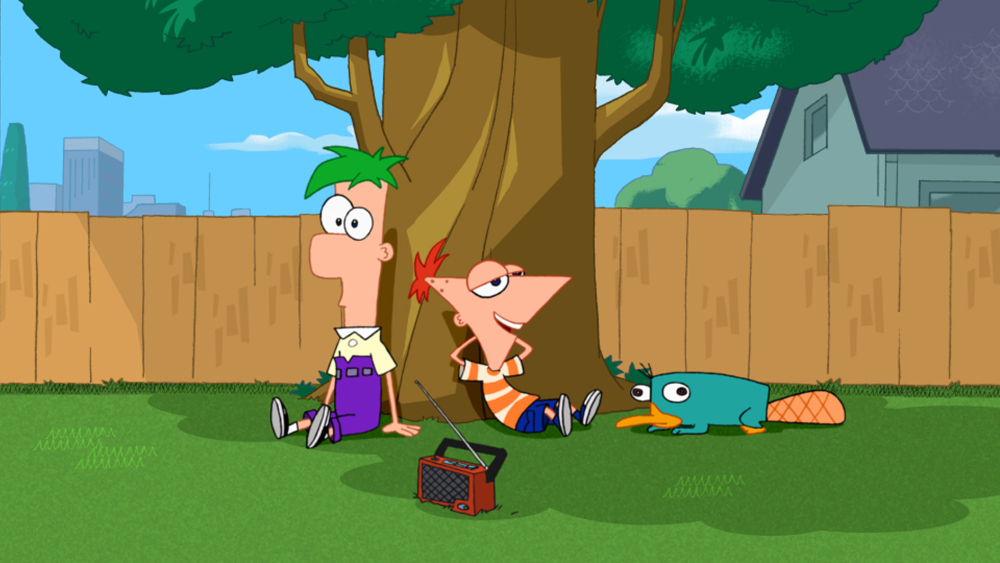 Those lucky guests who attended Day 1 of the 2019 D23 Expo and visited the Disney+ booth saw Dan Povenmire and Jeff “Swampy” Marsh, — the creators of one of the most beloved Disney animated shows Phineas and Ferb — reunited with the star of the show (no not Perry) Phineas Flynn himself Vincent Martella. This panel was very casual, with Variety’s TV Editor Mike Schneider spending a few minutes talking the history of this amazing show from how the concept came about when Dan and Swampy were working together at The Simpsons all the way up to how the follow-up Disney series, Milo Murphy’s Law started to crossover with the original show and bringing everything full circle. The panel had some great trivia at the end, which included the cast doing the voices of their respective characters. 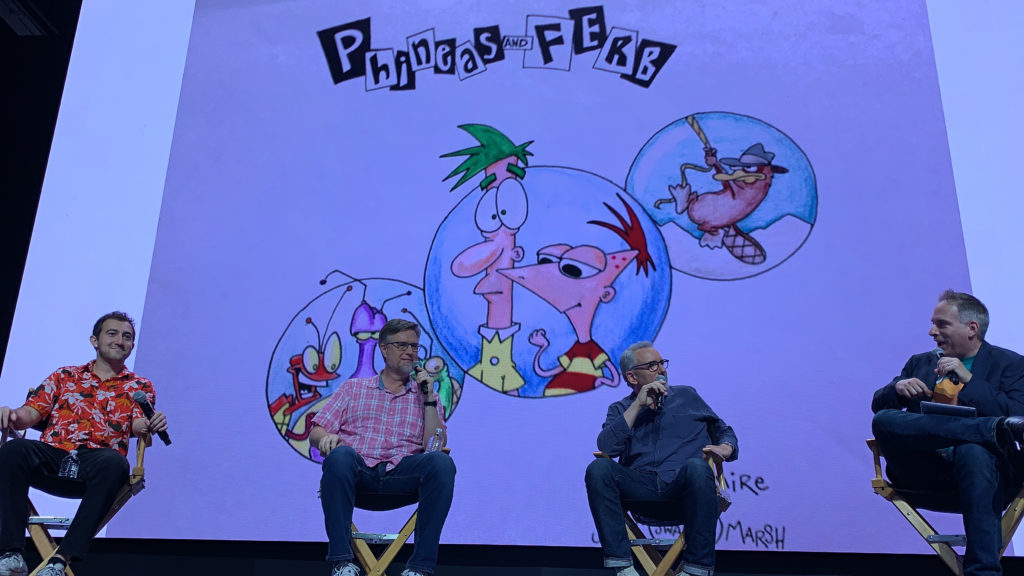 Since this was a D23 Expo panel, of course some news had to come out of it: Phineas and Ferb The Movie: Candace Against the Universe is currently in production for the new Disney+ streaming service. While we knew this was coming, this announcement marked the first time we learned the full title. This animated adventure will see Phineas and Ferb’s sister Candace, “get picked up by aliens and taken off and the boys have to go rescue her.” It’s described as a big, epic, swiping story that will include “nine or ten new songs” along with almost all the original cast, less the ever talkative Ferb who is now played by David Errigo Jr.

The entire 126 episodes of the original series will be available on Disney+ on launch and the film will be released some time in 2020.

If you are a fan of Phineas and Ferb, the trivia asked at the end of the panel won’t be too challenging, but hearing Phineas, Dr. Heinz Doofenshmirtz, and Major Monogram asking the question will be more than worth it.

Fans of the show should subscribe to Disney+ so they can relive those 104 day of summer vacation over and over again!