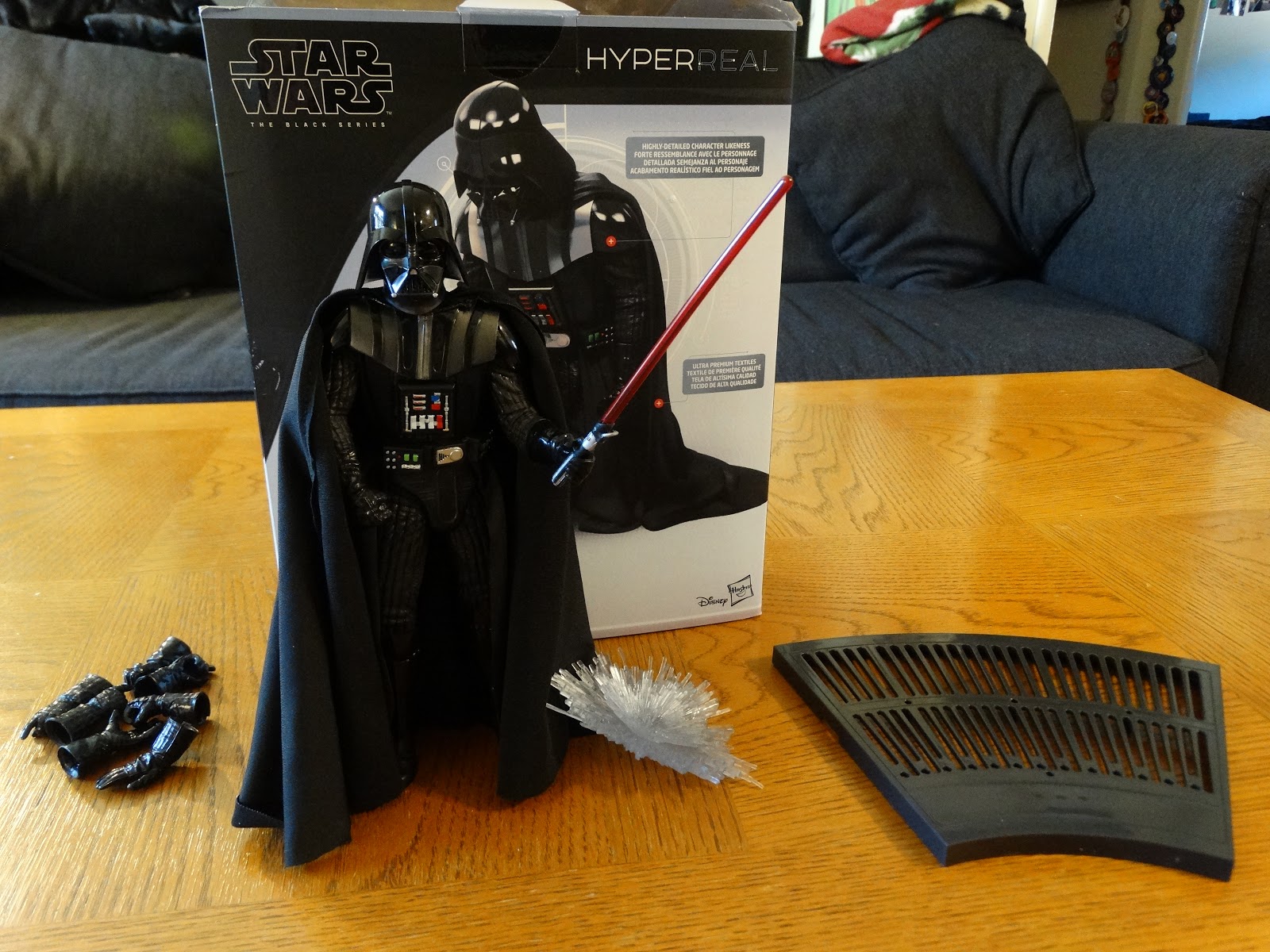 Darth Vader is undeniably one of the most instantly recognizable villains in movie history, which makes the character a perfect choice for popular toy company Hasbro to launch its new “HyperReal” line under Star Wars: The Black Series.

Hasbro describes the HyperReal Darth Vader figure as featuring “hyper-realistic detailing and articulation, along with an exterior skin and interior skeletal structure for seamless posing” and “incredibly lifelike, screen-accurate sculpts with no visible plastic joints.” As a Star Wars action figure collector, all of this is very appealing, but how does this toy actually stack up to its promise after being removed from its packaging? In the video below, I unbox and examine the latest highly anticipated Black Series release, which Hasbro sent us for free to review.

Immediately upon opening the box, it was clear that the eight-inch scale of Star Wars: The Black Series HyperReal Darth Vader is extremely advantageous in creating a figure that looks more like its big-screen counterpart than any poseable toy has before. The top-notch detailing is consistent with other, smaller releases in The Black Series, but the real improvement here is the rubber and fabric suit draped over the figure’s body. At first glimpse, Vader genuinely looks like he stepped right out of the movie, and I don’t think collectors could ask for much more.

As far as poseability goes, I had a minor issue recreating one of the stances from the back of the packaging– specifically when the Dark Lord of the Sith is knelt over in deference to Emperor Palpatine. Unfortunately, the toy’s crotch guard / codpiece gets in the way of making this pose truly achievable, which is disappointing and may have some fans calling “false advertising,” especially because that image is so prominent. But otherwise, Vader has a fairly wide range of motion, and can easily be arranged to strike familiar postures like this one from another famous 1997 movie: Star Wars: The Black Series HyperReal Darth Vader’s suit is based on the character’s appearance in The Empire Strikes Back, and also includes a stand meant to represent the Bespin Cloud City carbon-freezing platform. The action figure also comes with Vader’s iconic red lightsaber (with removable blade), a plastic Force-blast element, and seven alternate hands for recreating memorable gestures.

The only major sticking point with the HyperReal Vader is the price– based on the six-inch Black Series line retailing at $20 a piece, I was expecting this larger toy (also considering its endoskeleton and adornments) to go for between $50 and $60. Instead it retails for $80 in the United States, which feels a little high to me, if Hasbro expects collectors like myself to purchase an entire line of HyperReal figures. Still, it’s a very cool and authentic-looking piece, and will undoubtedly look very nice on any Star Wars fan’s shelf. Thanks to Hasbro for sending us the Star Wars: The Black Series HyperReal Darth Vader to review. The toy is available now for purchase, and the company is also releasing another figure in this series– Bespin Luke Skywalker– next year.