By 1956, Walt Disney had traveled the world and saw the future of transportation in a gondola system that he had seen in Switzerland. He tasked his Imagineers with bringing this to Disneyland where it would be used as an attraction carrying guests from Tomorrowland to Fantasyland. This attraction was later duplicated at the Magic Kingdom at Walt Disney World and at Tokyo Disneyland. All three of those attractions closed by the late 90s, sadly saying goodbye to what was part of Walt’s vision of how he say the world on the move. But starting September 29th, 2019, not only is his vision returning but, this time, in the form he hoped it would become back then a massive transportation system.

The Disney Skyliner is the latest addition to the Walt Disney World transportation fleet. With 300 gondolas and five stations, this will be one of the most relaxing options to get from Disney’s Hollywood Studios or Epcot from the local Disney Resorts. It is hard to put into words how nice and soothing the trips are with beautiful views across the property, seeing the resorts in a whole different way. I have fallen in love with the Disney Skyliner.

The artful stations along the Disney Skyliner route will feature uniquely Disney designs that reflect their surroundings: 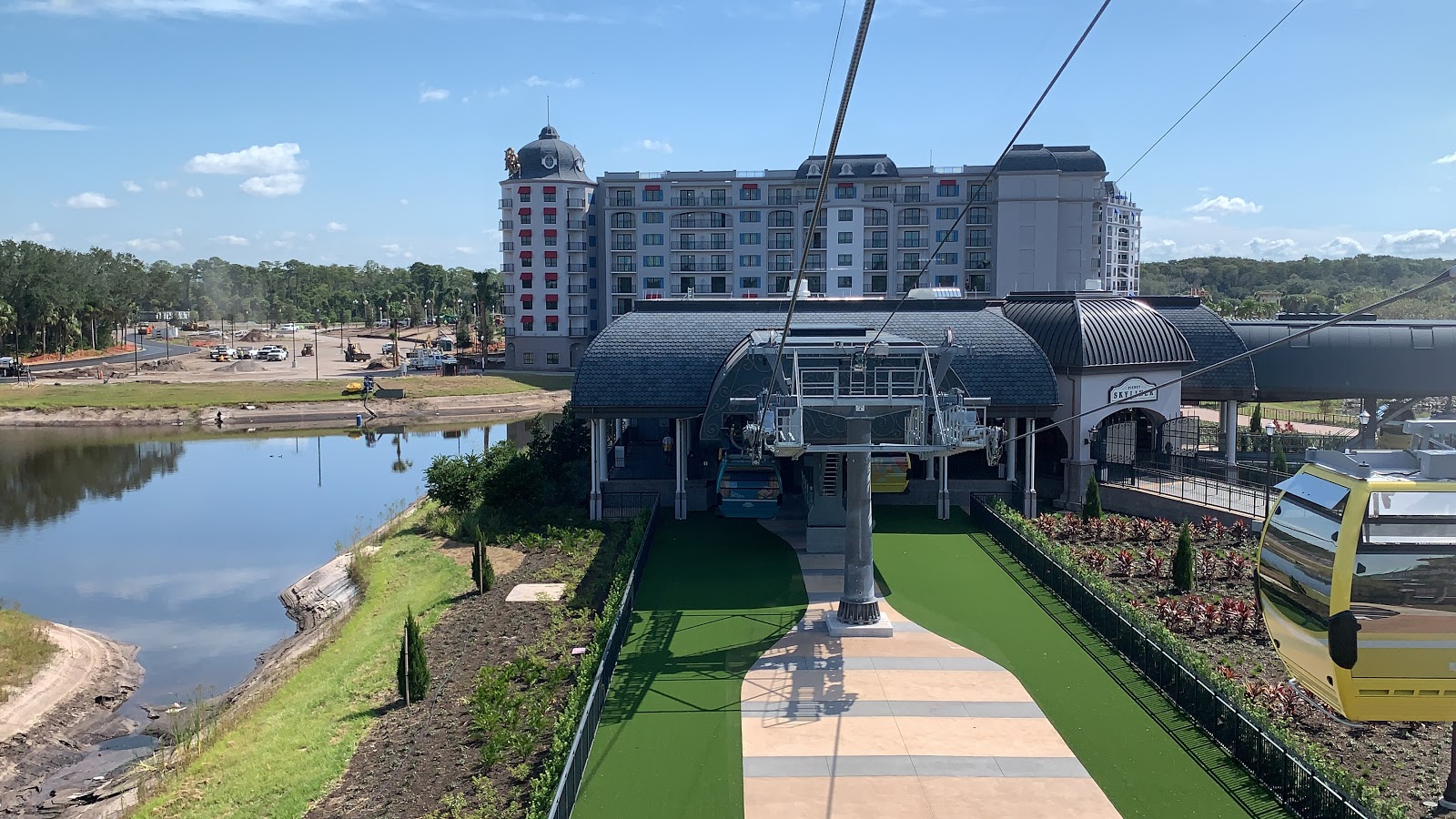 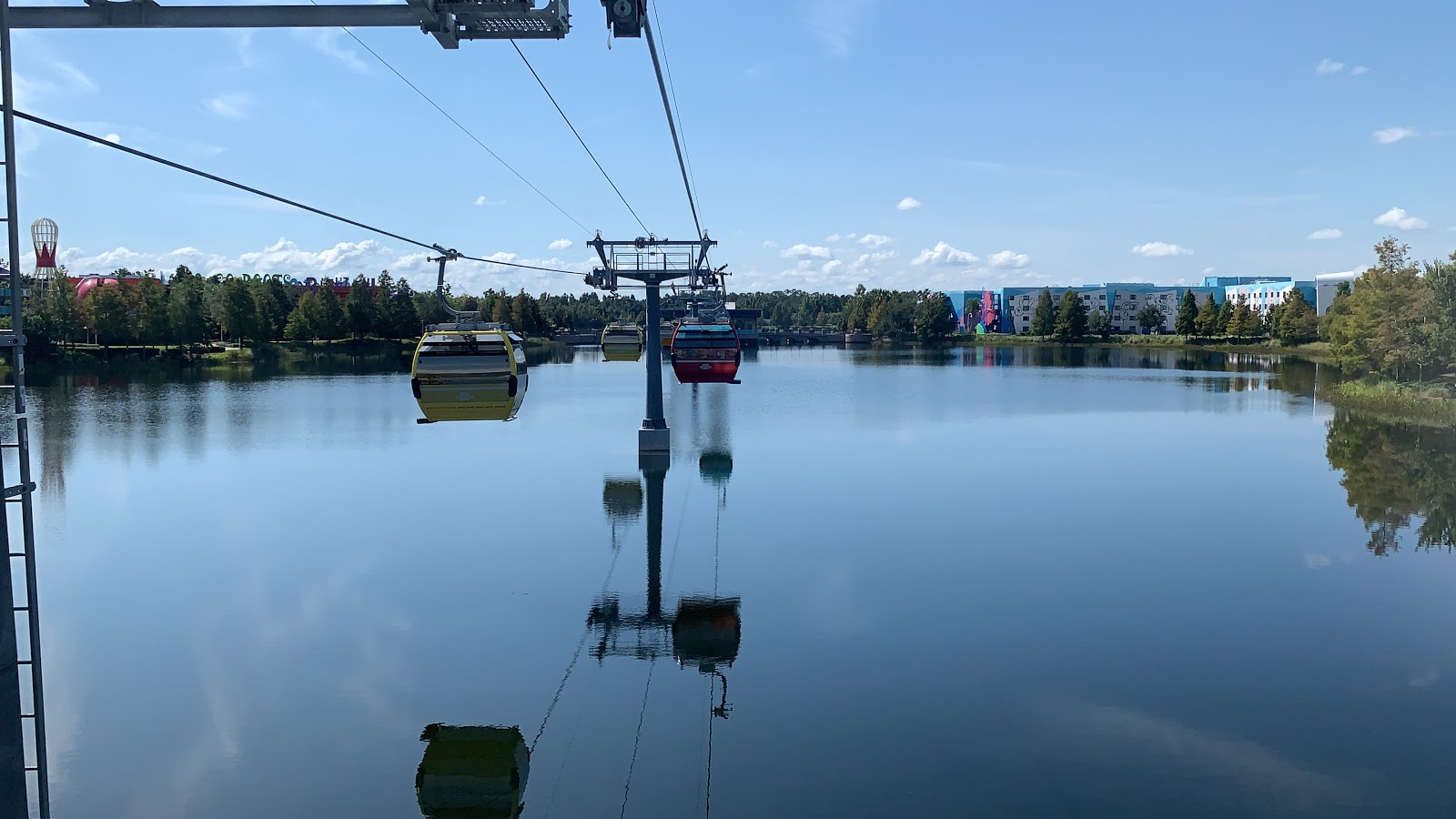 Two of the biggest questions I got from friends were “will it be too hot?” and “will you see a lot of backstage?” and my answer to both is NO. The cabins have great airflow so, when moving, it feels really nice. Meanwhile, the sightlines offer an amazing view of everything and the few backstage areas are not so in your face that it “breaks the magic.” Here is the trip from the, soon to be open, Disney’s Riviera Resort to Epcot and as you can see it is very smooth and offers a great view of the expansion underway in the France Pavillion of the park.

Not only is this transportation available to all guests at Walt Disney World but you can also take home memories of your great trips on the “Most Magic Flight Ever” with this fun line of merchandise.

The Disney Skyliner opens on September 29th, 2019 and will be available to guests visiting Walt Disney World with opening and closing times depending on the park hours.