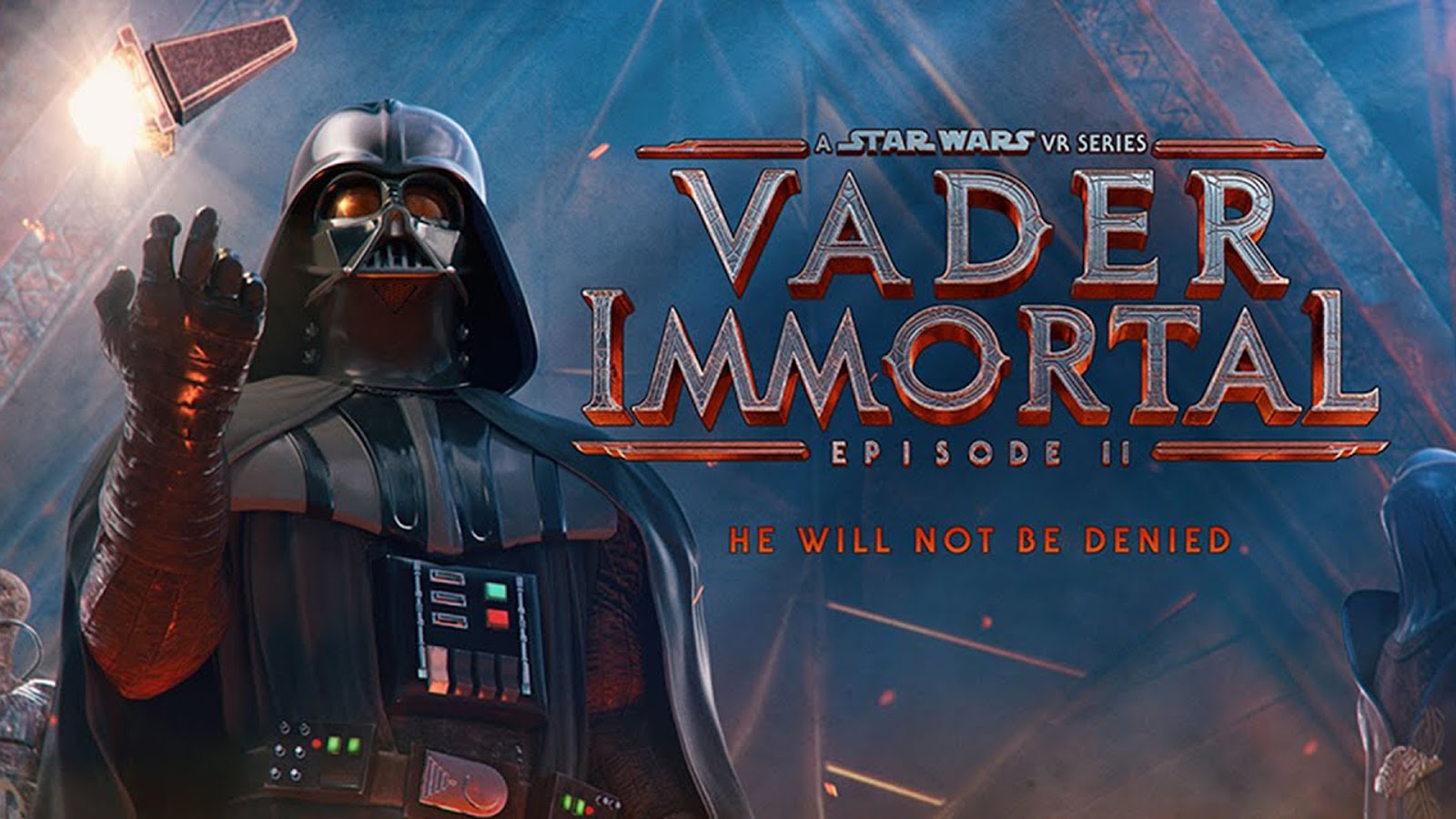 When Lucasfilm and its immersive entertainment division ILMxLAB announced it would be creating current-canon Star Wars virtual reality content, I was worried. I usually try to keep abreast of most goings-on in the Star Wars universe through various media such as novels, comic books, video games, TV series, and obviously movies, but until this week I didn’t own a personal VR console. Fortunately that changed this week when I finally came into possession of an Oculus Quest headset and immediately downloaded the first two episodes of Star Wars: Vader Immortal.

Prior to yesterday, my experiences with VR were limited to visits to The VOID (to play through its excellent Ghostbusters, Star Wars, and Wreck-It Ralph adventures) and the occasional demo at a convention or trade show. I was fortunate enough to sample a 15-minute demo of Vader Immortal at Star Wars Celebration in Chicago this spring, and I even interviewed the creative team behind the series at D23 Expo this summer, and both only made me more anxious to get my hands on the full releases of Episodes I and II.

Now that I’ve played through the first two hours of Star Wars: Vader Immortal, I can say the final product was indeed mostly worth the wait. Outside of The VOID’s Star Wars: Secrets of the Empire (which is by its very nature more immersive due to its tactile walk-through physical locations) and the fully realized Star Wars: Galaxy’s Edge theme park land at Disney Parks, I can’t think of a more convincingly realistic way to engage oneself in the world of Star Wars.

Vader Immortal isn’t quite a video game per se, though it does contain gaming elements like interactive environments and occasional combat scenarios. I would describe the experience more as immersive theater brought into the virtual reality space. In fact, I find it very interesting and innovative how the familiar beats and structure of immersive theater that I’ve seen at Los Angeles-based shows like Delusion have been transposed onto the Star Wars universe. It’s not something that could be accomplished in the real world due to budgetary and sheer geographical constraints, so I’m extremely glad to see it achieved in VR.

Episode I of Star Wars: Vader Immortal opens with you, the user, taking the role of an unnamed smuggler transporting stolen goods through hyperspace along with your trusty sidekick, the plucky droid ZO-E3 (charmingly voiced by comedienne Maya Rudolph of Saturday Night Live and Bridesmaids fame). Suddenly your ship is plucked out of light speed and thrust into the hands of the Empire on the lava planet Mustafar, where Darth Vader (played here by franchise regular Scott Lawrence, AKA Jarek Yeager in the Star Wars Resistance animated series) takes an interest in your character’s heritage within his castle, first seen in Rogue One: A Star Wars Story.

It seems your unique bloodline makes it possible for you to access the mysterious subterranean temples of Mustafar and track down an ancient artifact Vader requires to harness control over life and death itself. It’s all very heady stuff, even for Star Wars, but the real fun of Vader Immortal comes from simply losing yourself in the design of your surroundings. The setting feels old and weathered in the way it should– there’s a history here that calls out to you to uncover it, even though working along the Dark Lord of the Sith to do so feels like it might be a mistake.

Episode II builds upon what the player picks up in the first one, adding Force control to lightsaber battle skills that become necessary every once in a while through the just-under-an-hour runtime of each chapter. While the saber training is pretty cool from the offset, I have to admit I got a big thrill from harnessing the ability to lift and throw rocks or droids at my enemies. There’s also a Lightsaber Dojo mode in both games that allows further training with the Jedi weapon, as you advance through levels and acquire more rewards and skills. Throwing the ignited blade at pesky lava nymphs especially sent a giddy shiver down my spine, and I look forward to monkeying around in that mode a bit more to collect different colored Kyber crystals, alternate gloves, and additional achievements.

Ultimately I think Star Wars: Vader Immortal will have to be judged as a whole when all three chapters are available and completed, but so far I really appreciate where the story is going and what the software allows for in the way of immersion into my favorite fictional universe. There were some minor glitches during my playtime, but I expect that comes with experimentation in a medium like VR that’s still in its infancy. Just don’t expect a standard free-roaming video game– think of Vader Immortal as more of an interactive Star Wars movie, and I believe you will enjoy the experience as much as I am. Star Wars: Vader Immortal Episodes I and II are available now for Oculus Quest and Oculus Rift. The release date for Episode III has not yet been announced.