Forky debuted this summer in Disney-Pixar’s Toy Story 4 and became a runaway success with audiences everywhere. For that reason, there’s surely a lot of excitement surrounding Forky Asks a Question, a short form series exclusive to Disney+. The first episode debuts with the platform on November 12th, with new episodes premiering on Fridays.

Being the newest toy in Bonnie’s room and one who was assembled from discarded bits of rubbish has lead Forky to misunderstand a lot of things. Each episode brings up a new question that Forky doesn’t know the answer to. But at the same time, these universally understood concepts prove somewhat difficult to explain at times.

The premiere episode is about money and Hamm is Forky’s teacher. The layers of comedy keep unfolding as Forky finds follow-up questions to each of Hamm’s answers about how currency works and where it comes from. The runtime may be short, but the creators have packed a lot of content in the few minutes you’ll spend with Forky each week.

The second episode is about friendship, a concept Forky really doesn’t understand. He assigns a hilarious name to an inanimate object and it gets funnier every time he addresses it while the other toys look on in disbelief. Other questions that Forky will ask through the ten-episodes include “What is Love?,” “What is time?,” and “What is cheese?”

Your appreciation of Forky Asks a Question completely relies on your love of the character. If you didn’t fall in love with him in Toy Story 4, odds are you won’t appreciate his antics here. But if he stole your heart and put a smile on your face in theaters this summer, you’re going to love every second of it. 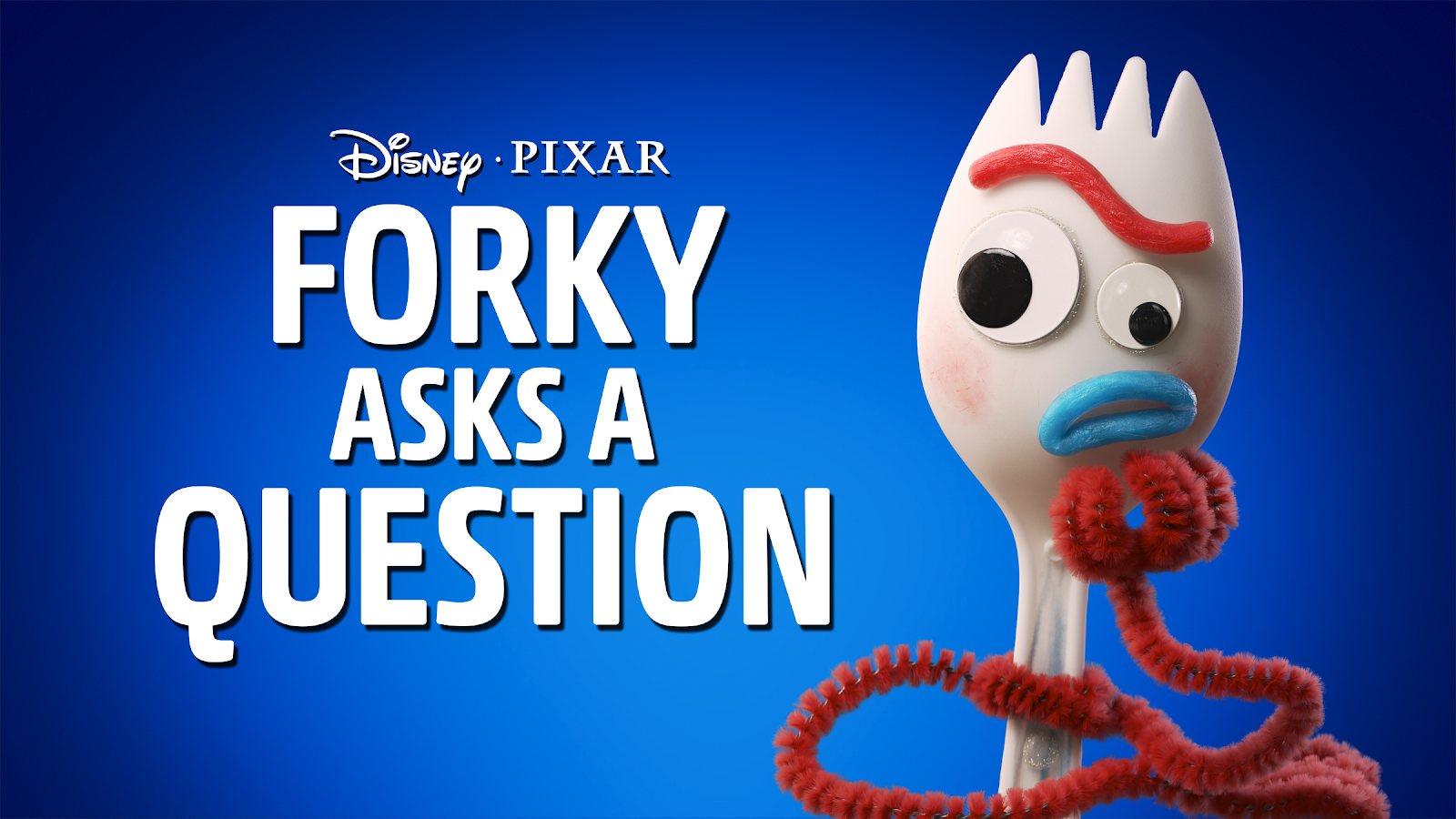 I give Forky Asks a Question 5 out of 5 George Washington wigs.