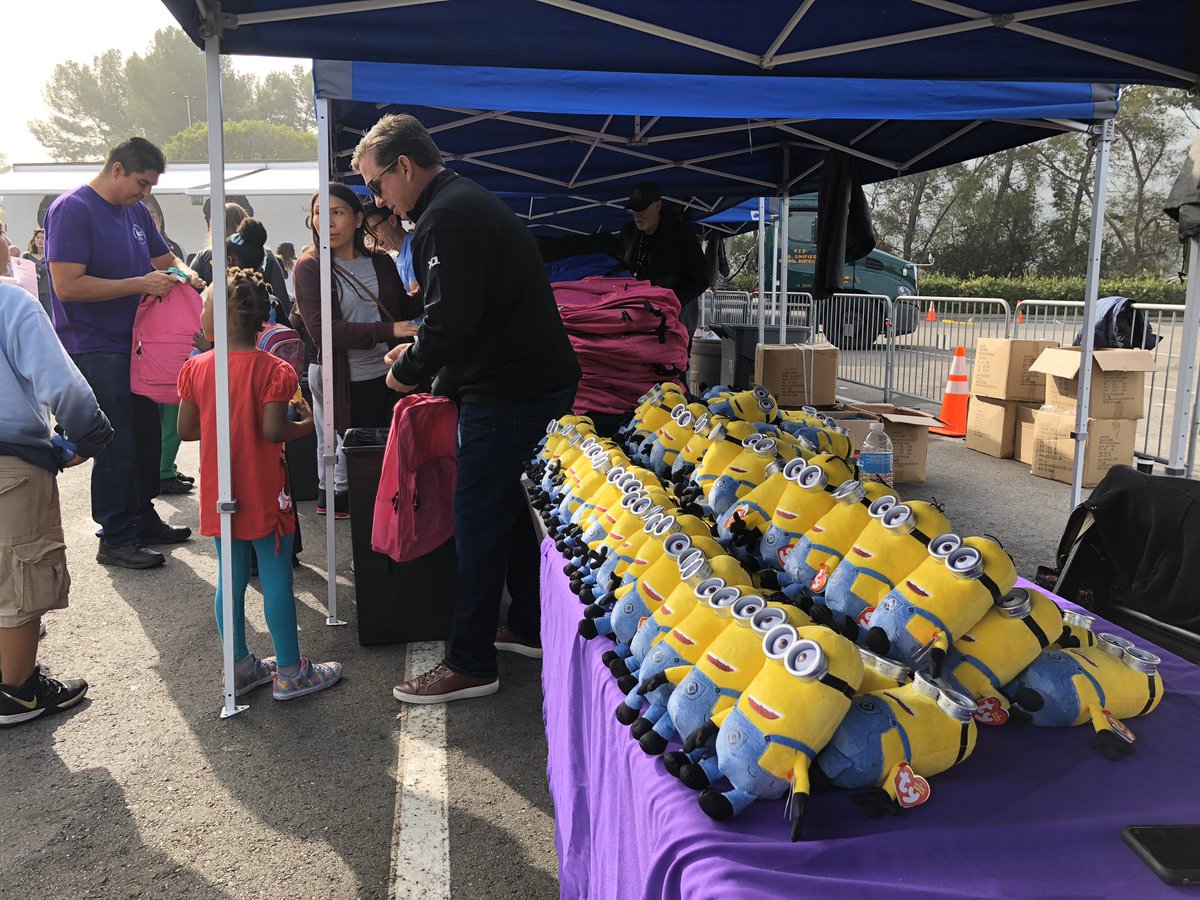 Thanksgiving may still be two weeks away, but that doesn’t mean it’s too early to give thanks to Universal Studios Hollywood, the popular Southern California theme park dedicated to giving back to its community each year. This morning Universal held its 15th annual “Day of Giving” philanthropic event in the parking lot next to the famous tourist destination and within the theme park itself.

Universal Studios Hollywood says “hundreds of employees” volunteered to take part in this year’s Day of Giving community outreach event, which played host to nearly 300 local homeless children in conjunction with Operation School Bell. Universal’s Discover A Star Foundation acts as a beneficiary for this and a diverse group of other organizations “whose mission is to empower individuals and families to lead more productive and fulfilling lives.”

At Universal Studios Hollywood’s “Day of Giving” 2019, participating children received a selection of new clothing and school supplies like books, fruit, shoes, backpacks, jackets, and even bonus Minion plush dolls, and then they had the opportunity to visit the theme park known as “The Entertainment Capital of Los Angeles”– including stops at the Wizarding World of Harry Potter, Despicable Me’s Super Silly Fun Land, and an informative behind-the-scenes Studio Tour of the iconic Universal Studios backlot.

The day-long event also supported several other non-profit organizations across L.A., including Project Angel Food, Tree People, Habitat for Humanity, and Shane’s Inspiration. During my visit this morning, the kids in attendance seemed incredibly appreciative of the items provided to them and especially enthusiastic about venturing into the park after trying on the complimentary clothing and grabbing some snacks. There’s no question that the annual “Day of Giving” is a worthwhile investment on Universal’s part, and I’m sure the affected communities are incredibly thankful for its continued existence.

For additional information on Universal Studios Hollywood’s “Day of Giving” and the park’s Discover A Star Foundation, be sure to visit their official website.