The best competition reality shows feature outrageous challenges and larger-than-life personalities. That’s been the hallmark of the success of Ru Paul’s Drag Race and it will be the reason you’ll fall in love with Freeform’s newest competition, Wrap Battle. Contestants from around the country have been selected for their gift-wrapping skills, some of them even make a living out of it. The thing they all have in common is an excess of enthusiasm and creativity.

Wrap Battle is hosted by comedian Sheryl Underwood, who also serves as one of three judges. She is joined by Carson Kressley (Queer Eye) and Wana Wen, founder of the prestige paper company Soolip. The grand prize is $50,000, the chance to create a custom wrapping paper that will be sold at Paper Source and be a featured wrapper at an upscale shopping mall called SoNo Collection in Connecticut. There will also be guest judges on select episodes. The contestants are quirky and fun to watch. I had the opportunity to see two full episodes ahead of the premiere and they all seemed so sweet and pure at first, but add a little competition and the talons get sharpened. In the second episode, they are split into teams and the drama surrounding who is on what team is unreal. The absurdity of the task (wrapping gifts) mixed with the emotions the contestants go through makes for some absolutely riveting TV. By the second episode, the swear word censor starts to get a workout and the tears begin to roll.

My favorite moment in the first episode comes when the contestants have to wrap “Unwrappable items” like a ride-on rocketship, a lawnmower, and a workout bench. Their wrapped item must maintain its shape and they’re not only judged on their ability to cover the item, but also their creativity. In the second episode, they are paired into two teams (selected by team captains like in gym class) and go to a mall to operate competing gift-wrapping stations. The show was already juicy before that, but when one of the team turns on each other, it becomes downright riveting. 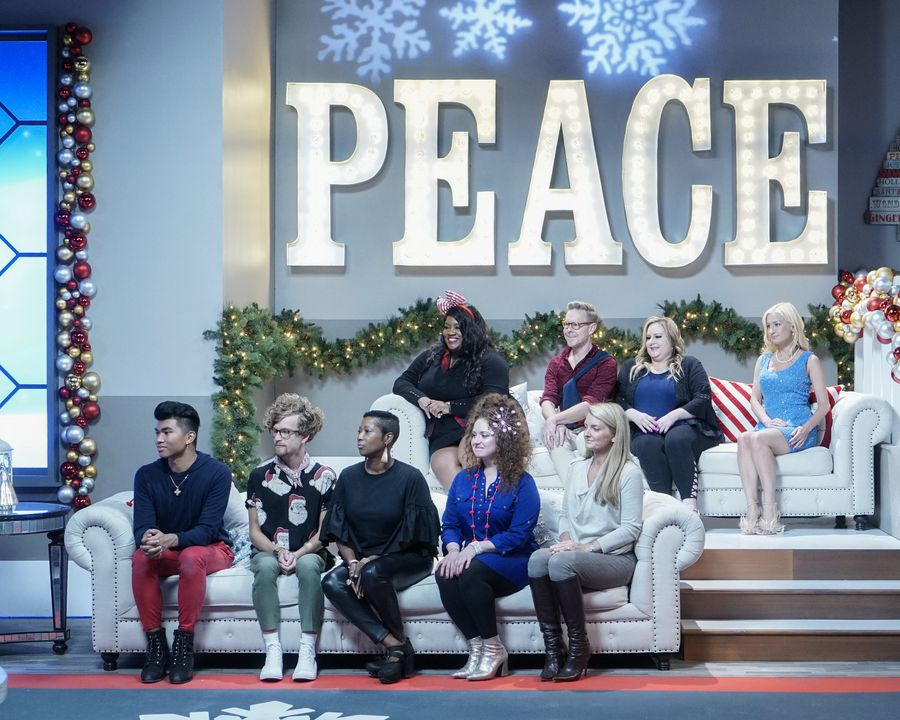 I can’t believe I’m saying this but Wrap Battle, a reality competition about gift wrapping, is must-see television. Freeform will debut two 60-minute episodes every Monday starting November 25th and there are a total of six episodes. I have my favorites among the contestants that I’ll be rooting for and I can’t wait to experience the drama and sabotage that I already know lies ahead. May the best wrapper win!

I give Wrap Battle 5 out of 5 dog-shaped present toppers.