As part of this week’s big event for Star Wars: Rise of the Resistance, media were invited to be some of the first guests to step inside the Chinese Theater, the new home of Mickey & Minnie’s Runaway Railway. After almost two years of construction, I can happily say the “lobby area” of the queue is almost the exact same as it was for The Great Movie Ride — with the exception of the changing movie posters now displaying different Mickey shorts. As we found out from Walt Disney Imagineer Kevin Rafferty, one of the subtle touches added to the queue is the background music. To your typical guest, it sounds just like classic music from Hollywood’s heyday. But fans of the new Mickey shorts will recognize that it is the original music from the shorts reorchestrated. Once guests leave the queue and head into what used to be the preshow theater, that’s where things start to change. Instead of one large theater, there now appear to be three smaller rooms where guests are invited to see the premiere of the newest Mickey Mouse cartoon “Perfect Picnic.” 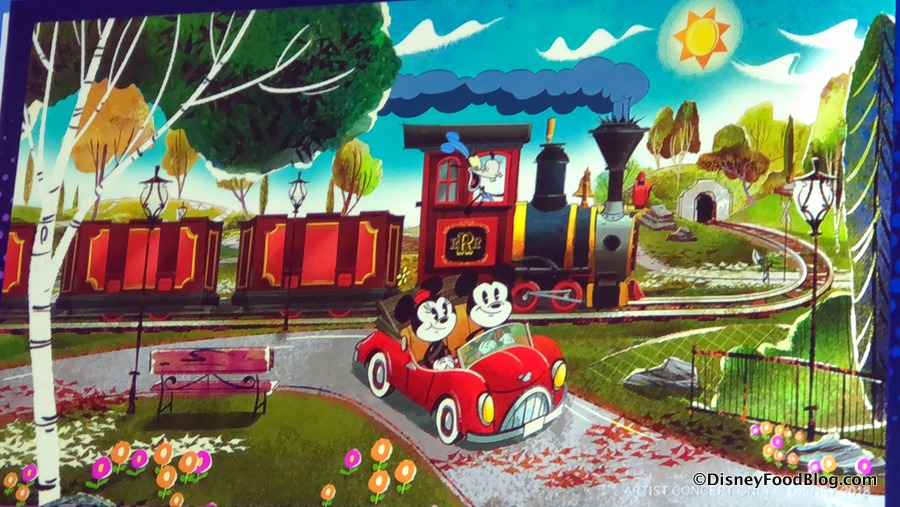 The cartoon shows Mickey and Minnie packing up for an afternoon picnic along with Pluto. As they drive along, they sing the attraction’s theme song (and Disney’s newest earworm), “Nothing Can Stop Us Now,” right up until the point where Mickey rolls over the train tracks and something goes wrong.  Actually, it is a very funny few minutes of a new cartoon that leads into Goofy’s train exploding and, in turn, works as our gateway into the film. 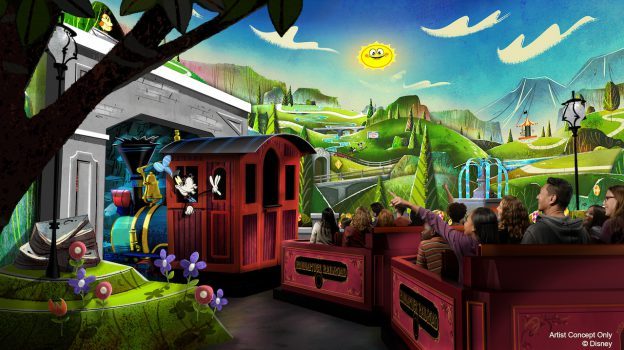 That was as far as we could go for now, but we’re promised that, on March 4th, 2020, there is more fun to be had as we step into the movie.