Book Review: “How Does the Show Go On?” Third Edition 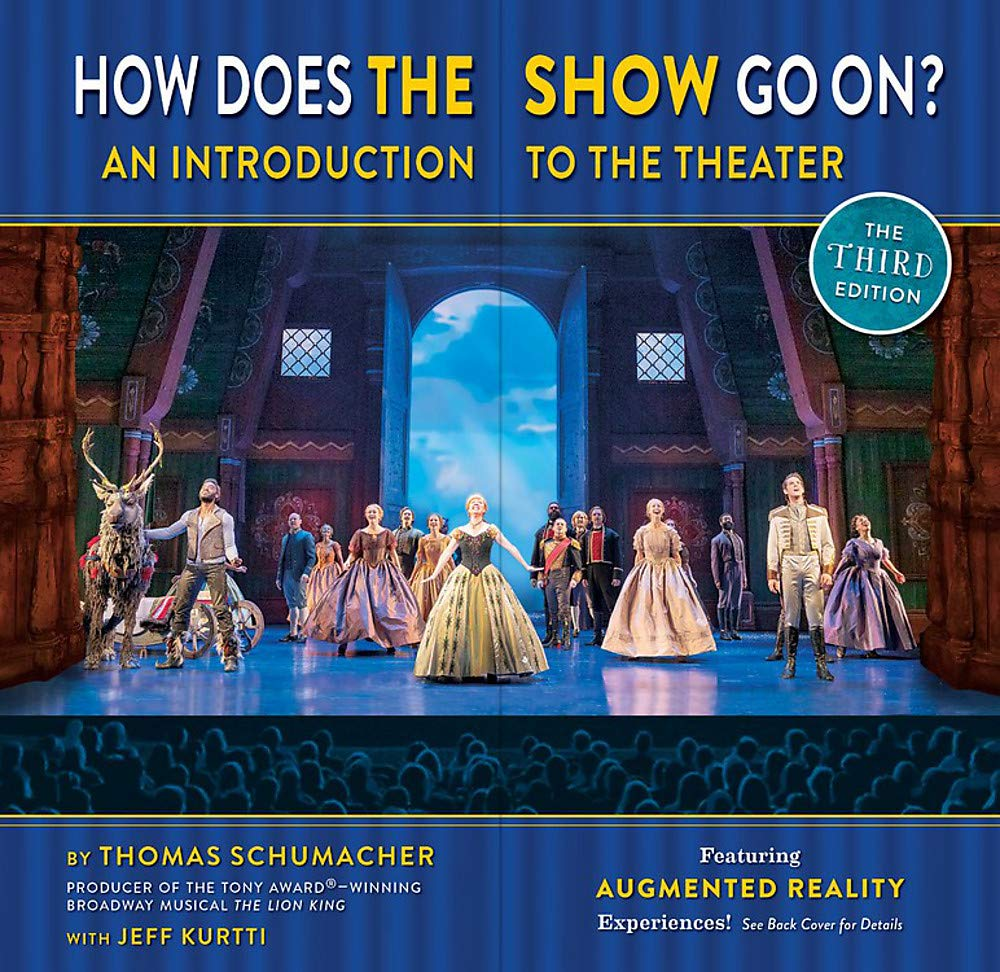 Have you ever been to a Disney Theatrical show? You somehow ended up here, so I hope the answer is “Yes.” Here’s another question: “Have you ever been in a Disney Theatrical show? Odds are that you haven’t and if you’ve ever wondered what it’s like to be on stage in The Lion King, Aladdin, or Frozen, then you’re the perfect audience for How Does the Show Go On? An Introduction to the Theater from Disney Editions.

Written by Thomas Schumacher, President of Disney Theatrical, this Third Edition has been updated to include photos and behind-the-scenes information on some of the company’s shows that weren’t around in 2008 when the last edition was published. This not only includes Frozen, which is on the cover and gets the most amount of additions for any other show, but also Aladdin, Newsies Shakespeare in Love, Peter and the Starcatcher, The Hunchback of Notre Dame, and Freaky Friday.

What’s the difference between the second and third editions of How Does the Show Go On? The text has received a few minimal updates, mostly swapping fun facts about the photos as a result of the many photographic and layout updates. There are a few added sections that weren’t in the previous edition, but the biggest textual change is an essay from a child actor, which was written by Henry Hodges in the previous release (Michael Banks in Mary Poppins) who has been replaced this time around by Mattea Conforti (Young Anna in Frozen). Since the photos rely more heavily on the newest shows, the majority of photos have been replaced, meaning there’s less to see from the original batch of productions like Beauty and the Beast, Aida, Tarzan, Mary Poppins, The Little Mermaid, and High School Musical. Another show, On the Record, has been completely obliterated from the book and is nowhere to be found in this release.

Another big difference is that the previous iterations of the book featured fun paper surprises throughout. This included a reproduction of tickets, script pages, foldable flaps for hair and makeup design, removable art cards for costume design, and a reproduction of the opening night program from The Lion King. In the third edition, there aren’t any removable surprised, but that doesn’t mean there isn’t an interactive element.

The cover advertises an “Augmented Reality Experience,” which is delivered via a free app called Disney Scan. While reading the book, certain pictures have a small app icon and scanning them with the app reveals video content, including interviews, behind-the-scenes looks at Disney Broadway shows, and sizzle reels from some of the productions. It works well, but I had a few photos that needed to be scanned several times before the content could be retrieved, one flat out wouldn’t work, and the app crashed once.

Judging the book alone on its own merits without any bonus features, How Does the Show Go On? offers a great overview of the fundamentals of theater and is a wonderful way to enhance a Disney Theatrical outing for you or a loved one. With the gift-giving season just around the corner and a cover that opens down the center like parting curtains, a great gift idea would be to include tickets to a show inside it so when they open the book, they receive an extra gift that will add even more meaning to the content they will digest.

This edition of How Does the Show Go On? closes with a new section about how to get involved with theater. It even talks about the vast library of licensed Disney productions they could participate in at local schools and community theaters. Whether you’re a theater enthusiast or just getting into it, this is a great place to start.