Disney Trivia Live! Is our new live show on YouTube where you can play Disney trivia against other players live around the world. Tune in each week on Tuesday and Saturday at 10:30p Eastern / 7:30p Pacific on YouTube (be sure to subscribe and click the bell to be notified when we start). You can also watch our previous live broadcasts. 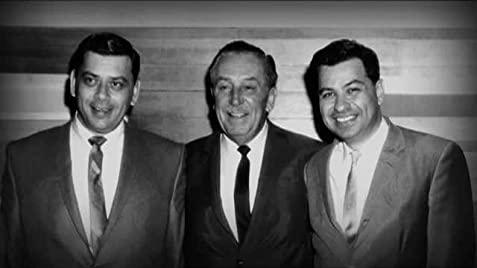 On May 9th, we did two contests live. Our second was focused on Disney music. Play it here:

Who wrote the song "It's a Small World?"

What Disney song was the first song to win an Academy Award?

Put these songs from Bambi in the order they are heard in the movie:

Which of these Disney characters DO NOT sing onscreen?

Which Disney character sings the song, The Merry-Go-Round Broke Down?

Which of these Disney princesses does NOT have the same singing voice and speaking voice?

Finish the lyric: "Remember me, though I have to travel far, remember me..."

What Disney movie features the song, "I'd Like To Be You for a Day?"

What was the first Pixar movie to feature a pop hit as the end credit song instead of an original song?

"If we can dream it, then we can do it," a quote often misattributed to Walt, is a lyric from what Disney attraction?

What movie starts with the lyric, "the evening star is shining bright?"