National Geographic Celebrates the 2020 Emerging Explorers With a Virtual Event 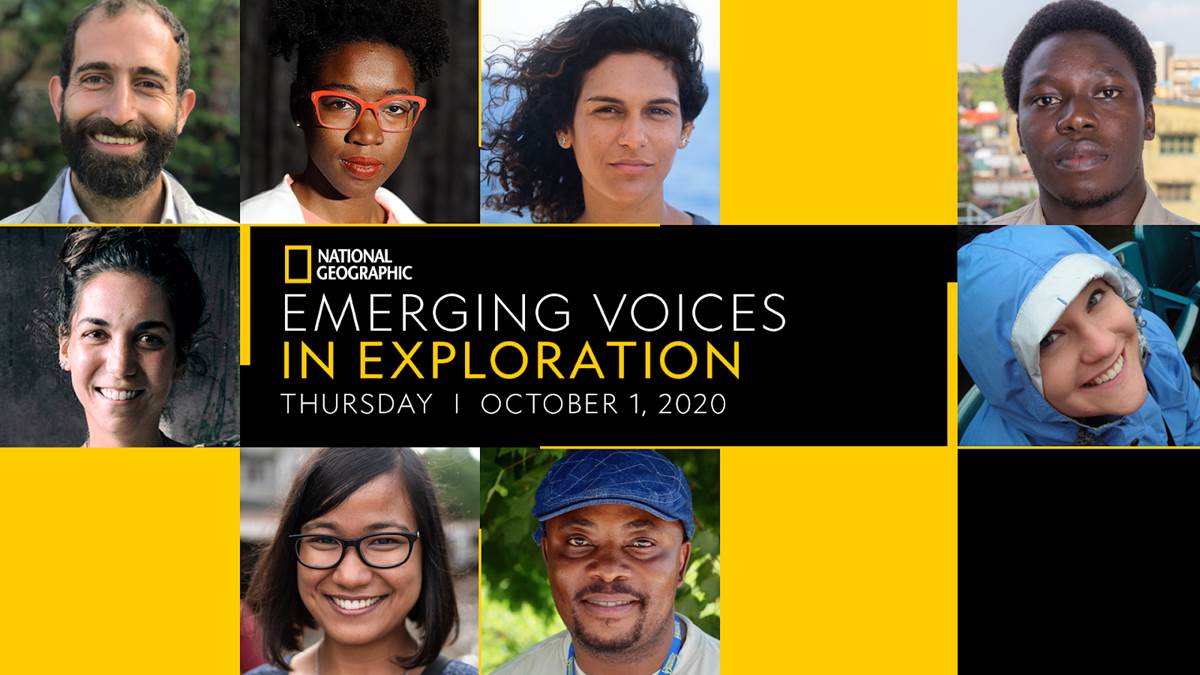 Born in Mexico City, Enrique Lomnitz had always wondered why a place with 50% more rainfall than London and had annual flood issues had such trouble accessing clean water. He had an idea that started with helping a woman in a low-income community by building a cistern to catch rainwater and watched as she went 8 months running her household on rainwater alone. The project quickly built traction and the local government eventually got involved to make it a citywide program. 15,000 cisterns have already been installed and the city has plans to install over 100,000 over the next few years. With Enrique’s help, Mexico City is becoming a water sustainable community.

It was during an internship in North Carolina that Ali Pressel discovered a love of educating people. While there to research sea turtles, she found herself engaging with locals to teach them more about their local ecology and fell in love with it. Since then, she has created a four-year environmental science education program that engages students with hands-on experiences, including field research projects and a trip to Costa Rica. Her students are learning about water conservation, forestry and land management practices, and how to use Geographic Information Systems. Internship opportunities with field partners also give her students employable skills when they graduate.

As a child, Adams doesn’t remember getting to see wildlife, but his school had an unusual punishment for boys who misbehaved and one day, he found himself being made to wear a chimpanzee skull over his head. It caused him to want to explore the animal world and become a zoologist, but without the means to do so, he ended up in the military. After a near-death experience, he got into environmental management and went on to co-found a non-profit called Conserve Congo in 2013. Their goal is to discourage poaching and wildlife trafficking, with over 150 court level cases and 10 convictions since they began. Before they existed, there hadn’t been a single conviction for wildlife crimes in his country.

Sonika’s parents were able to afford to send her to school to become an entrepreneur because her parents were supported by the local government to own and drive an electric vehicle minibus, one of 700 vehicles distributed in the highly polluted country. However, decades later, most of the vehicles were no longer in operation and the fleet never grew beyond that initial 700. With expensive batteries making them hard for drivers to afford without a loan and banks fearing the money would not be used appropriately, a solution seemed unreachable. That’s why Sonika co-founded and became the CTO of Aeloi Technologies, a financial platform that helps green entrepreneurs get microfinancing that tracks how their money is used in real time and at low cost. So far, the service has reached almost 1,000 women, a goal they hope to meet next year.

While spending a year in Australia living in a camper van, Tamara ended up with a flat tire in a town called Coober Pedy where she noticed a cross sticking out of a hill with a door in the ground. Entering the space, she discovered a beautiful and clean underground church and was exposed to a whole community that lives in the earth with almost no carbon footprint. That moment led to a worldwide endeavor to document modern subterranean dwellers in places like Spain and even Utah.

Anthony was always interested in the way people are connected to stories, particularly through the lens of different religions. As a documentary filmmaker, he seeks to challenge viewers’ stereotypes and awareness of social injustices. One project that he shared more about is called “Golden Points” that focuses on women in sports in Lagos without any male dominance, which tells a story about gender equality.

Diva can typically be found in Trinidad, Tobago, but is currently back in London, England due to travel restrictions. From a young age, she loved the sea and wanted to explore. With 95% of earth’s deep oceans yet to be explored, she is conducting explorations and research to learn more about how earth’s deep seas keep us healthy and working hard to ensure their protection. Her hope is that her work inspires others to follow in her wake.

As a Black woman, Joy was surprised when testing out facial recognition software that couldn’t detect her facial features unless she put on a white mask. She used the women of Wakanda (Okoye, Nakia, and Ramonda) to show how inaccurate the artificial intelligence systems were when presented with Black faces, getting their gender and ages completely wrong. She then wrote a poem to raise even more awareness called ‘AI, Ain’t I a Women” where she used famous faces like Oprah Winfrey and Michelle Obama to bring the issue into the light. Her organization, the Algorithmic Justice League, seeks to correct artificial intelligence systems that would otherwise only be a reflection of the people who coded them. Her work has been featured in the documentary film Coded Bias.

Congratulations to all of the 2020 National Geographic Emerging Explorers!