Marvel Comics continue to build toward the next big Mutant-related crossover event, “X of Swords.” With the Mutants of Krakoa scrambling to collect their swords and assemble their team of champions for the coming tournament, one of those champions prepares to face his past.

This war with another, forgotten realm has been brewing for some time now and right from the beginning, Apocalypse has been at the center of it. With him recovering from injuries suffered during a previous attack, he’s going to have to pull himself together to prepare for the fight that is still on its way. 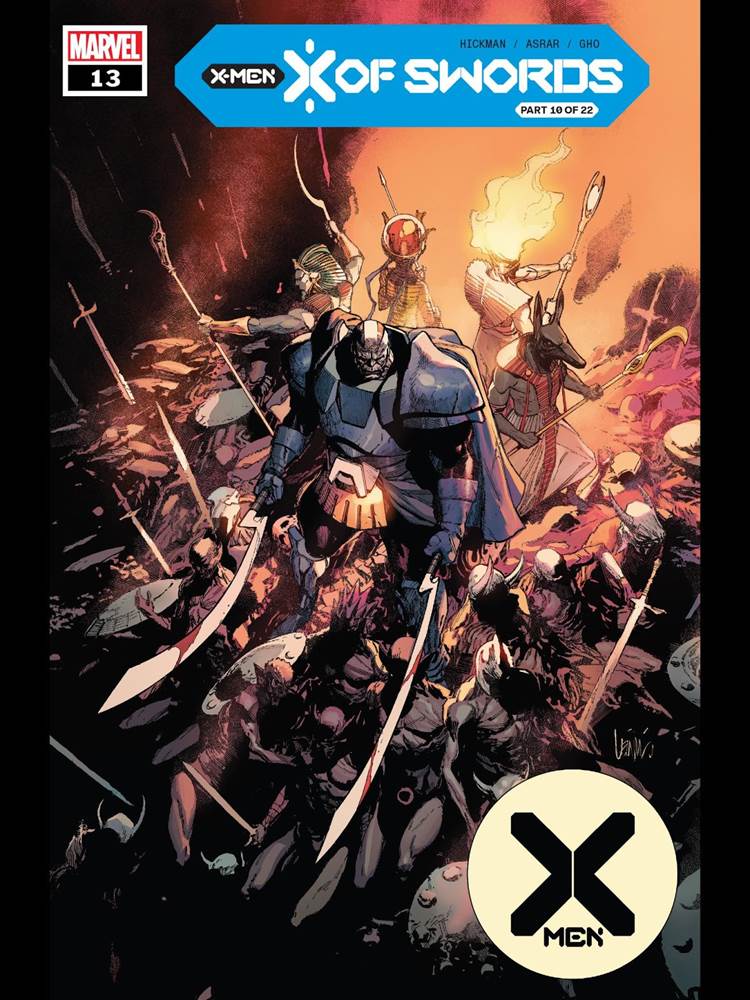 The ongoing build up for “X of Swords” has seen separate stories specific to characters like Wolverine, Storm, Cable and many others. However, when these issues focus on Apocalypse they take a much broader look at the big picture. Given the character’s history tied into this upcoming battle, there is a great deal of context provide in the Apocalypse-focused comics.

With that being said, it’s a LOT of context. There is a long story at play here in the history between Krakoa and Arakko. That history is filled with war, betrayal, sacrifice and just about anything else you could possible want in this kind of story.

However, because of the way we keep getting bits and pieces of the story in issues that are released weeks apart, it does feel a bit disjointed. The other pieces of this “X of Swords” lead in are much easier to follow because, for the most part, they are stories that are contained to one or maybe two issues. “X-Men #13” provides a little more of a story that has been told over several issues spread across several different ongoing series. 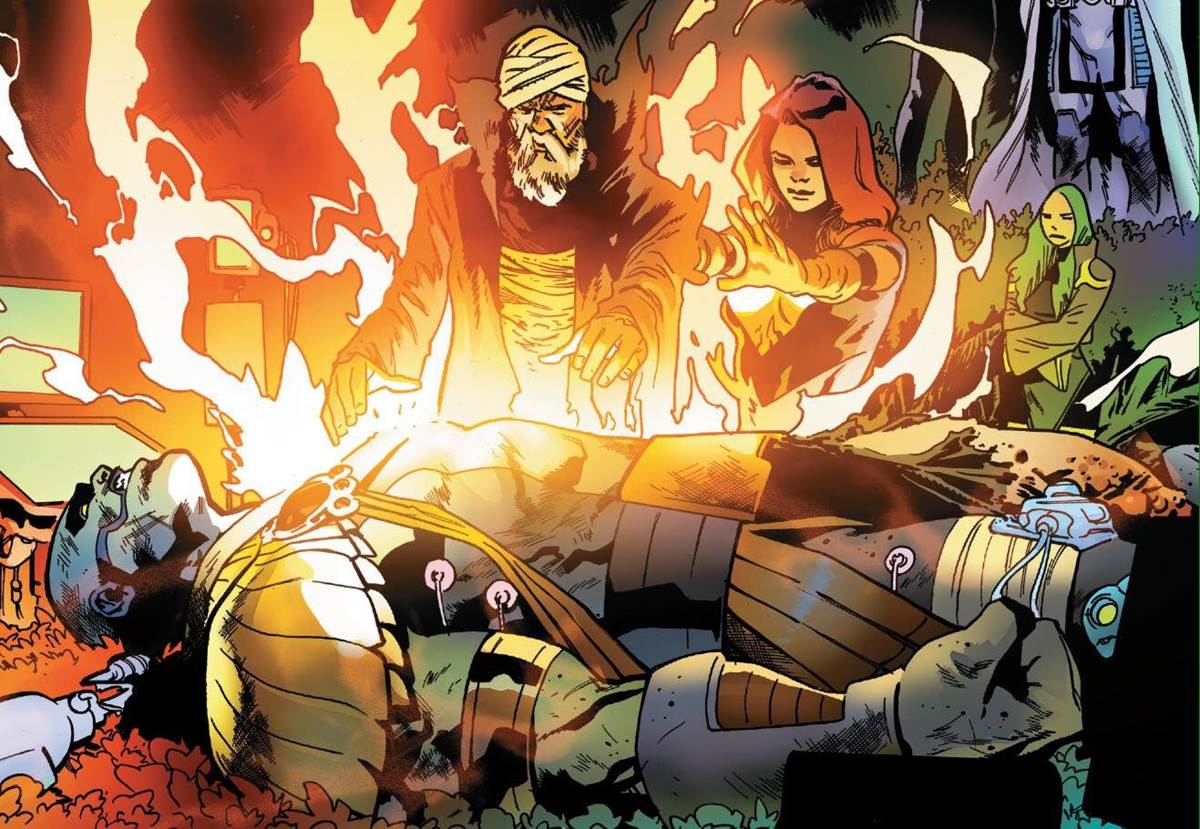 The trick to enjoying these comics to this point has been not allowing yourself to get so overwhelmed with the details and simply enjoy the story for what it is. Apocalypse is a fascinating character with as much history as any other character in the Marvel Universe. Trying to understand all of it at once is a job that would give even the Watcher a headache.

On that note, there is a fair amount to enjoy about this particular issue. To this point in the story, Apocalypse has been mostly on the sidelines after suffering a big defeat. This is the issue where we see him back on his feet and getting ready to get back in the action. In non-comics terms, this would be the post-credit scene where we see him getting read for the fight that’s coming and the audience cheers. 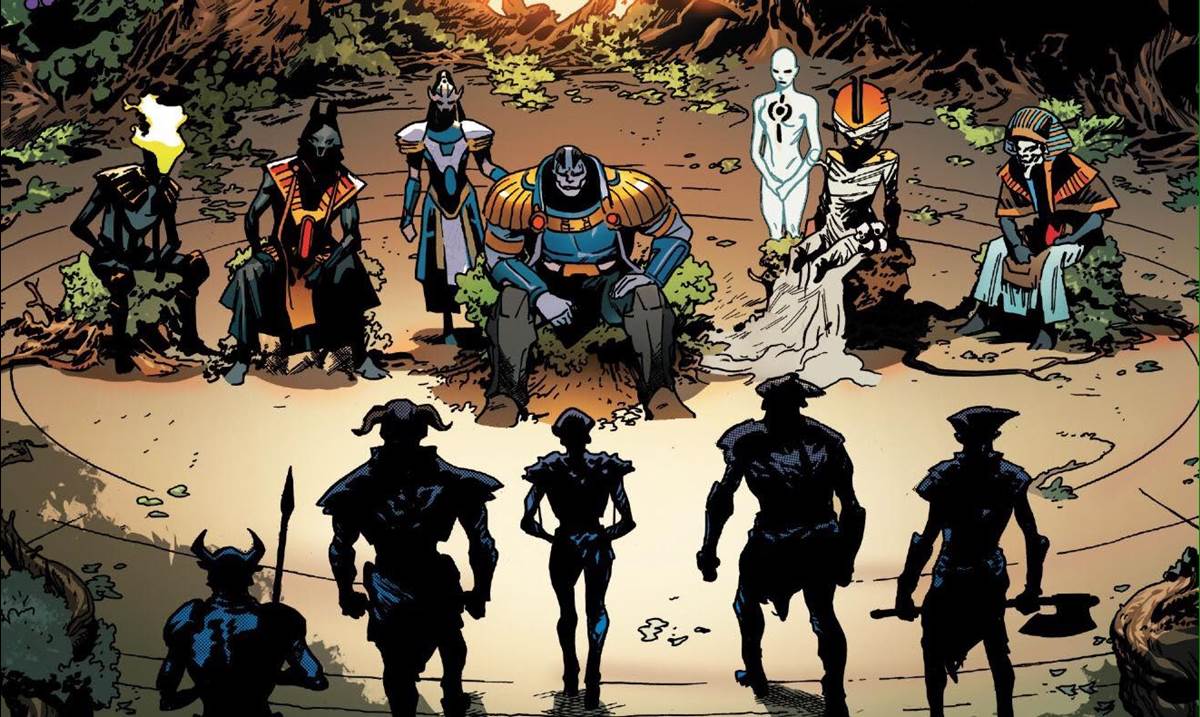 It is interesting that, while this is an “X-Men” title, the issue features very little of the actual X-Men. While Xavier and Magneto make brief appearances, this is really an Apocalypse comic. That’s not necessarily a bad thing, but for anyone picking up this particular issue and looking for the X-Men, you’re likely to be disappointed and at least a little confused.

The one thing everyone can enjoy about “X-Men #13” though, is the art. Artist Mahmud Asrar creates some beautiful images to go along with the fantasy/sci-fi genre feel that this series has been providing. Really, the art in all of these “X of Swords” lead-ins has been nothing short of spectacular. 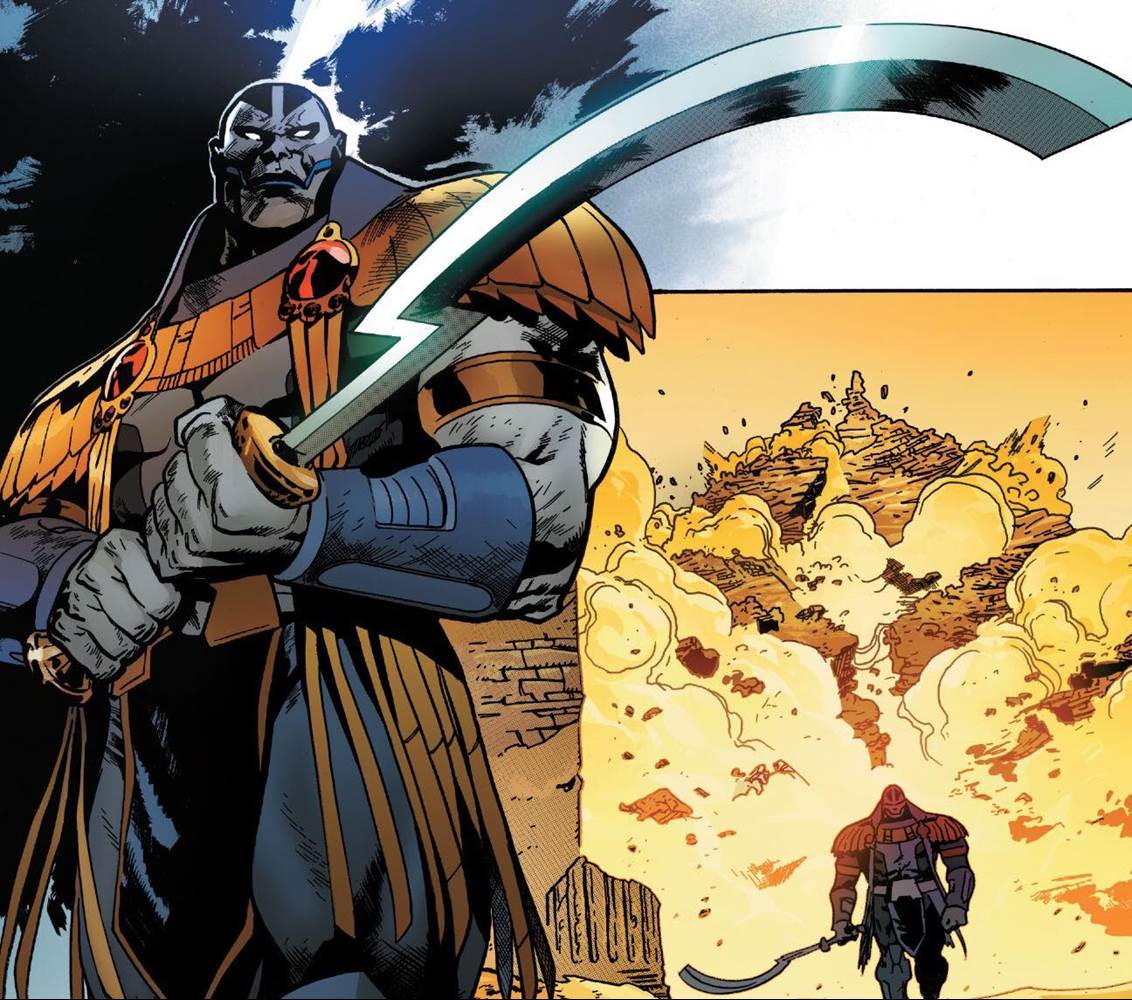