Soundtrack Review: “Once Upon a Snowman”

Tags: Disney Music, Once Upon a Snowman, Review 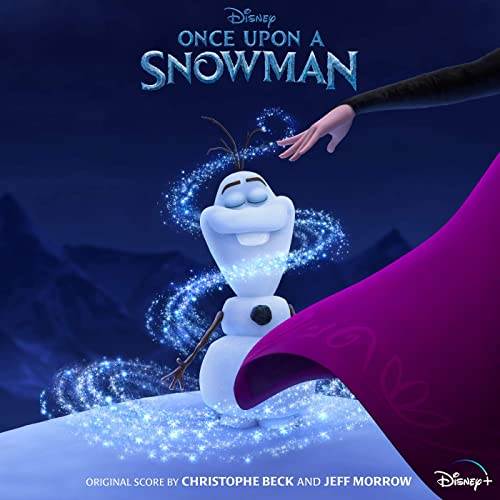 Christophe Beck’s score from Frozen gets rearranged in the new short film Once Upon a Snowman, which premiered today on Disney+. But while the short recycles these classic themes, the piece also includes new music from Beck and collaborator Jeff Morrow, who also worked together on Olaf’s Frozen Adventure. Now available from digital retailers and streaming platforms, Frozen fans can take the orchestral suite wherever they go.

Available as one six-minute track, the soundtrack starts with part of Idina Menzel’s “Let it Go” before transitioning into score. Later, a bit of Jonathan Groff’s “Reindeers Are Better Than People” can be heard. While many of Beck’s melodies are obvious, much of the score is new.

That being said, the new bits are essentially just incidental music. There’s a bit of a heroic theme for Olaf that comes around the half-way point when the wolves enter the story. Since all of the other music is on the Frozen soundtrack, this short segment is the real reason to listen to this track.

The score beautifully ends with the melody of “Do You Want to Build a Snowman” just as the short reunites Olaf with Anna. The score from Once Upon a Snowman is nice to stream and add to your Frozen music collection, but with most of it retreading familiar ground, you’ll likely find yourself going back to the full soundtrack afterwards.