October has been a busy month for the UFC and now the real main event is here. While the last two Fight Nights have been a lot of fun, with some really great fights, UFC 254 is the real show. The next UFC pay-per-view is a loaded card headlined by two of the best in the sport.

Any time you have a chance to watch an undefeated champion as dominant as Khabib Nurmagomedov, you have some mutc-watch television, especially when he’s defending against the interim champ. Plus, two of the top middleweights in the world duke it out and two heavyweight contenders look to take another step forward.

Two heavyweight contenders will be looking to get back on track after coming off of losses. Volkov boasts a very impressive record of 31-8, but dropped his most recent bout to Curtis Blaydes in June. Still, the experienced 31-year-old possesses some serious power in his punches, with 20 wins by knockout. He’s likely going to want to use that power in this fight.

And speaking of knockout power, it’s rare that you find a fighter with 100% of his wins coming by knockout but that’s exactly what Harris has done. While his record only sits at 13-8, all of those 13 have been impressive finishes. Most heavyweight fights feature two guys with serious power, but this one will be a real test for two very powerful strikers.

My pick: Alexander Volkov via 2nd round Knockout/TKO

While the undefeated middleweight champion Israel Adesanya looked as dominant as ever in his most recent title defense, he’s going to want to start preparing for his next opponent soon. That opponent will very likely be the winner of this fight. The top middleweight contender, Whittaker is coming off of a solid decision win over Darren Till. That followed his loss to Adesanya in 2019, so you know Whittaker is chomping at the bit for another shot at the crown. The Australian with a 21-5 record is a very well-rounded fighter and will likely be willing to take this fight on the feet or on the ground.

Across the cage will be the second-ranked middleweight contender. Since dropping down from light heavyweight, Cannonier has been dominant to the tune of three straight wins, each by knockout. The 26-year-old veteran sports a 13-4 record with nine knockouts but also two submissions. He’ll also likely be willing to take the fight anywhere, but I would expect both of these guys to throw some hands. This is the easy favorite for fight of the night.

My pick: Robert Whittaker via Decision 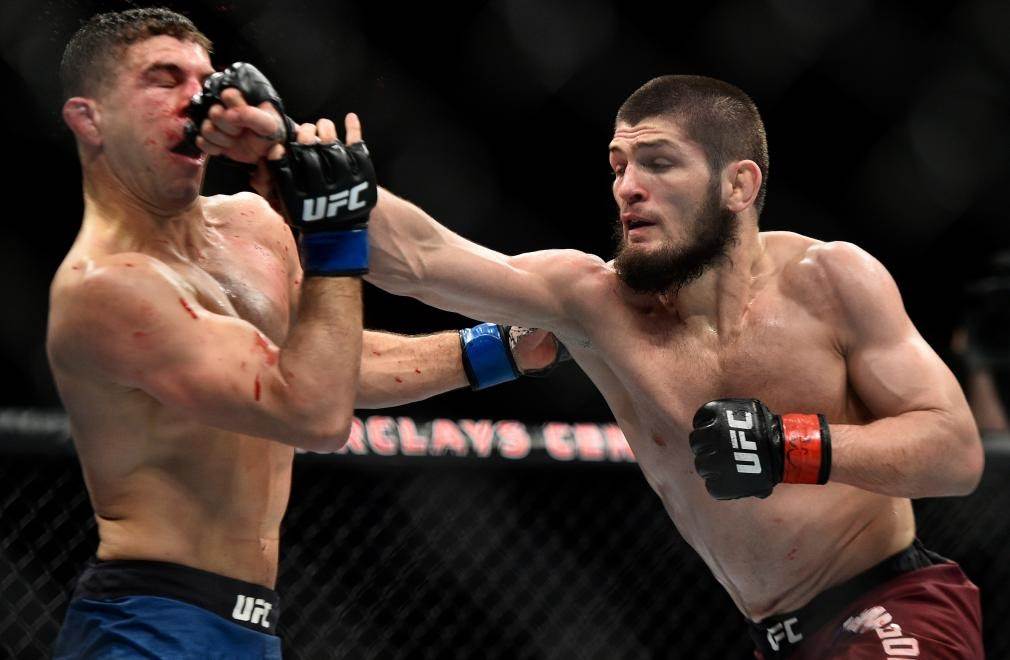 Even with all that on his resume, interim champion Justin Gaethje cannot be counted out. The fan-favorite has been in some wild wars in the octagon, but lately he has been much more focused and the results prove it. Everyone counted Gaethje out when he took on Tony Ferguson back in May, but he shocked the world and picked apart the previously dominant lightweight contender. He may not be as dominant as the champ, but his 22-2 record proves that he is a mora-than-capable challenger.

Khabib overwhelms his opponents with his smother grappling abilities. He will almost definitely look to employ that strategy here as well. The key for Gaethje will be to keep his distance and get the champ to stand and trade strikes. If he can manage to do that and fight off Khabib’s takedowns, we might just see a new champ. That is a big ‘if’ though.

My pick: Khabib Nurmagomedov via 4th round Knockout/TKO