Tags: Disney Plus, The Right Stuff

NASA, President Kennedy, and the American people need a win. They have been beaten to space by the Russians, and now NASA is running a distant second to the Soviet space program. The American supported invasion of Cuba fails, and during a 4am poolside meeting, Chris Kraft (Eric Ladin) and Bob Gilruth (Patrick Fischler) inform the first three Mercury astronauts Alan Shepard (Jake McDorman) Gus Grissom (Michael Trotter) and John Glenn (Patrick J. Adams) that President Kennedy has decided that America’s win will be the Mercury Space Program. 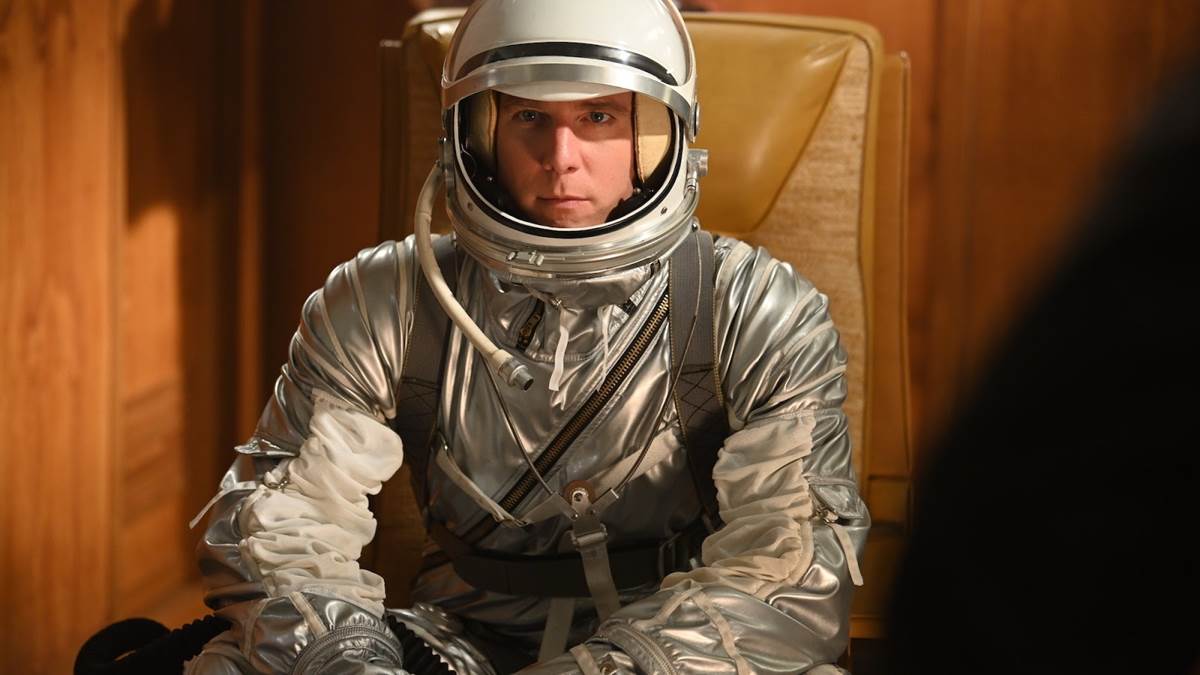 Jerrie Cobb (Mamie Gummer) is continuing with astronaut medical testing at the Lovelace Institute. Informed by the doctors that she has lasted the longest of anyone during one of the tests, Cobb is quite content. Trudy Cooper (Eloise Mumford) tells her daughters about Jerrie and how she has been recruited to join a female core of astronauts. Unfortunately, Trudy and her daughters watch Gordon Cooper (Colin O’Donoghue) make disparaging remarks about a potential female astronaut program at a televised press conference.

Gearing up for the launch, the press and the world still don’t know who will be first, but Alan Shepard knows that John Glenn wrote multiple letters to important people trying to get him booted from the flight schedule. Preparation for launch puts everyone on edge, including Shepard, who feels that Scott Carpenter (James Lafferty) is not able to fulfill his duties on CAPCOM during his flight.

Carpenter is hurt about being demoted from the role and seeks out John Glenn to help him regain his position. Glenn agrees with Shepard, and then tells him to not make the same mistakes that he did. To John Glenn, Scott Carpenter is a good man, but it’s time to move on.

With launch only a few days away, NASA brings the astronauts wives down to Florida to watch the launch. An evening party at the Starlite Motel brings everyone at NASA and the astronauts together. John Glenn is starting to come to terms with the fact that he won’t be the first American in space. Though Glenn accepts the reality, each time someone wishes him luck, including a gift from Eunice (Jordan Blair Brown), he is reminded of how high the nations expectations are of John Glenn. 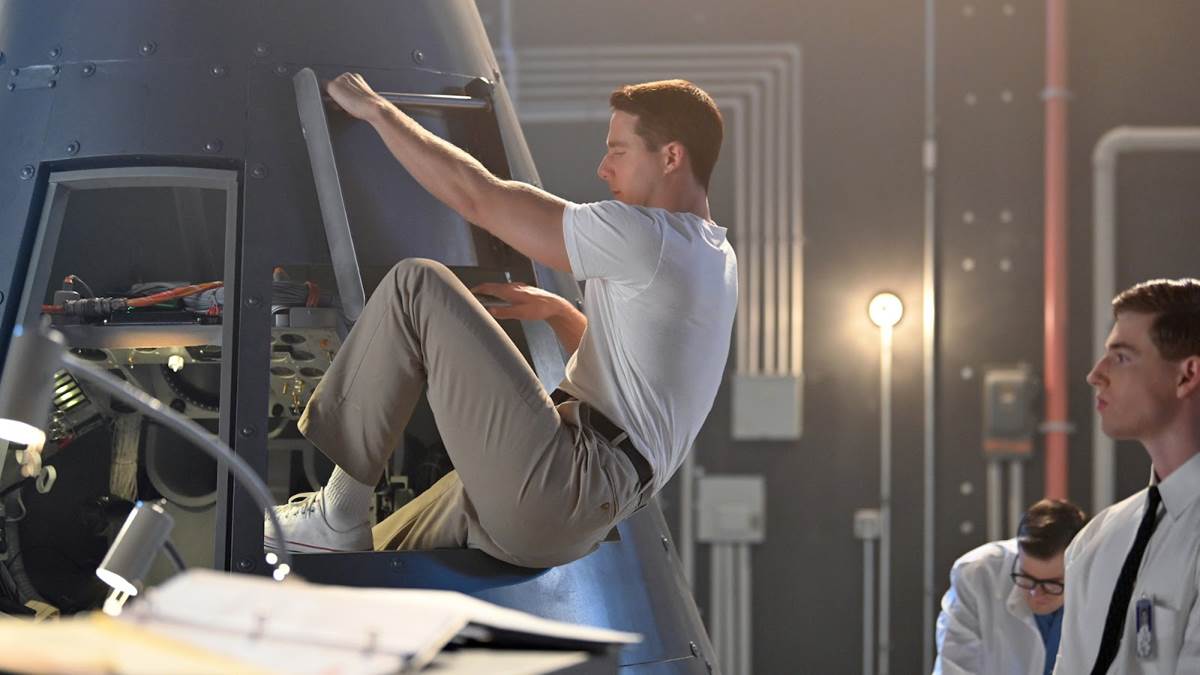 The Starlite Party creates a storm of tension amongst the astronauts. Shepard is angry at Glenn for trying to get him kicked out of the program, Rene Carpenter (Jade Pietrantonio) is outraged that Alan would have Scott demoted from his role as CAPCOM. She takes her frustration out on Louise Shepard (Shannon Lucio). Rene complains to Louise about the demotion and during their conversation she informs Louise about Alan’s affair in San Diego that John Glenn covered up.

Personal tension is outdone by the brewing weather storm about to hit Florida which forces Alan Shepard’s launch to be delayed. Confined to barracks, Shepard is confronted by Louise about his affair and then she informs him that she is leaving for home. Frustrated and angry, Shepard heads for the roof of the hangar, where he dangles on the edge, badgering Glenn to push him off. Glenn informs the upset Shepard that he may not like him, but Glenn can find love for him in his heart.

The win that President Kennedy needs will have to come another day. At the same time, the moment Alan Shepard has dreamed of where he will achieve something no one else has, must also wait for a better day.