ESPN 30 for 30 Review: “The Infinite Race” is a Cautionary Tale About the Dangers of Cultural Appropriation 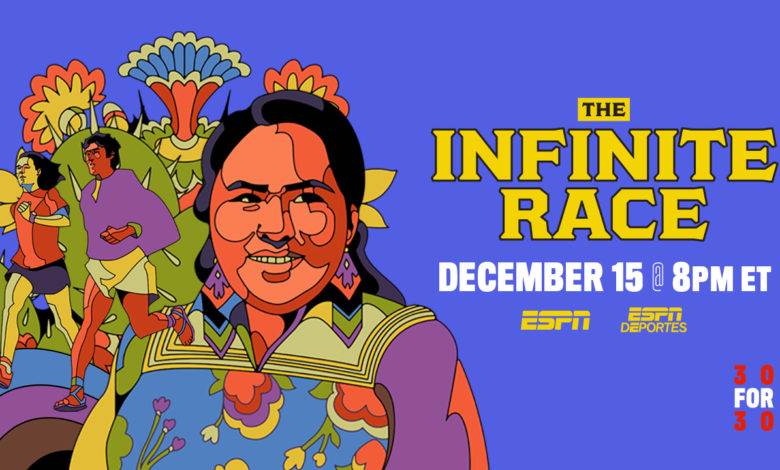 ESPN’s sixth 30 for 30 documentary film of 2020 premieres on December 15th, a film fans of the series probably weren’t expecting. The Infinite Race doesn’t shine a spotlight on a particular athlete or even a sports team, but a culture and how their tradition was turned into a sensation. It’s a story about cultural appropriation and the plight of an indiginous people in Mexico who face numerous obstacles trying to maintain their way of life.

The Rarámuri people of Chihuahua have a history of long-distance running for a variety of reasons, including spiritual practices. In modern times, they’re clinging to their culture and traditions in a society that expects them to abandon their language in favor of Spanish and to assimilate into the Mexican way of life. One of the ways their long-distance running heritage is celebrated is through an annual race, which is the subject of this documentary.

Director Bernardo Ruiz begins this cinematic journey with the race itself and how it became popularized by author Christopher McDougall in his book Born to Run: A Hidden Tribe, Superathletes, and the Greatest Race the World Has Never Seen. When a small group of men from the United States discovered the race and began visiting each year to participate, it affected the Rarámuri community in a variety of ways (widely referred to as Tarahumara, a name given to them by the Spanish who couldn’t say Rarámuri).

A spotlight is shown on several members of the Rarámuri community, including a 41-year-old runner named Silvino who can make more money from winning a race than he can from a year’s worth of work, a highly educated teacher keeping her people’s language and culture alive while being an advocate against cultural appropriation of their thin sandal running tradition, and a teenage girl who’s running heritage gave her the rare opportunity to attend higher education. It also follows several of the men who turned the race into a tourist attraction and a lesson in “No good deed goes unpunished” as they watch their good intentions dissipate into reality.

The Infinite Race depicts a highly complicated socioeconomic case study of a tradition that attracted outside parties, transforming a cultural heritage race into a tourism event that had positive and negative effects on the community and people. It’s also a story that can’t be told without touching on the drug cartels that have used the same mountains the Rarámuri live in to grow and transport drugs across the border and how this disenfranchised population falls victim to it.

Having made the rounds earlier this year at documentary film festivals, The Infinite Race is a different kind of 30 for 30 film than we’ve come to expect from ESPN. More along the lines of a National Geographic documentary, the film is an unexpected surprise and one that asks viewers to widen their world and respectfully walk, or run, a mile in another person’s shoes. But in this case, don’t take the type of shoes that person wears and exploit them for personal gain.

I give The Infinite Race 4 out of 5 stars.