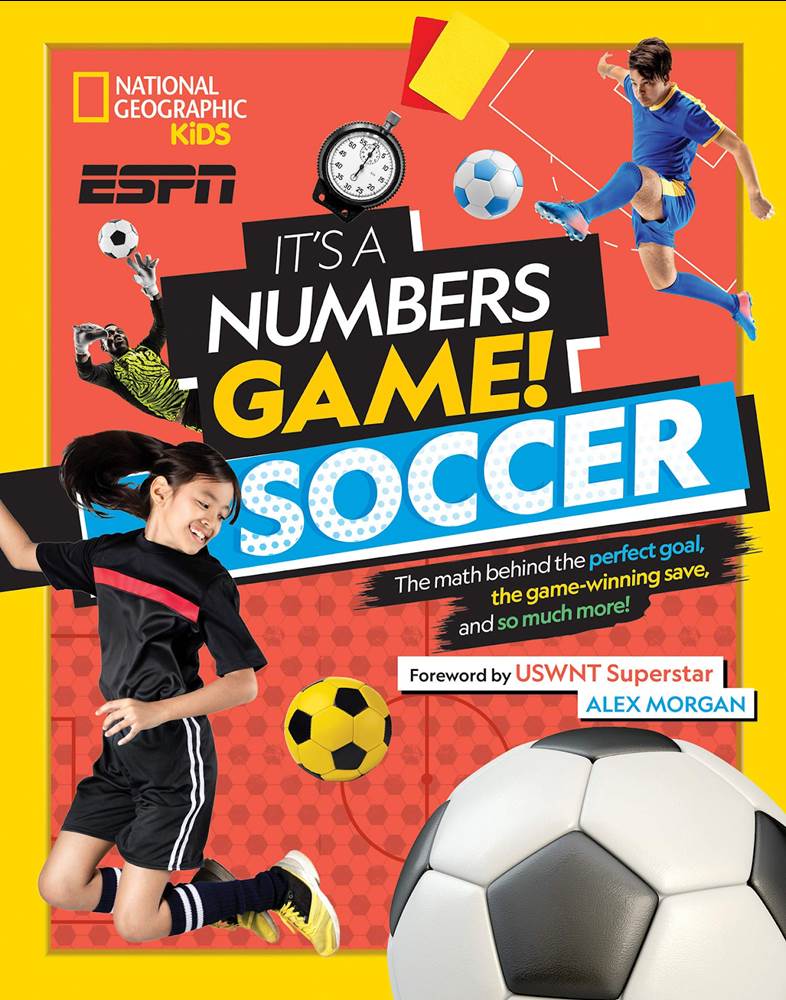 National Geographic Kids and ESPN have a lot of fun in store for kids interested in one of the world’s longest-running professional sports in It’s a Numbers Game! Soccer by James Buckley, Jr. Earlier this year, I reviewed the Basketball edition of this series, which proved to be a fun and engaging read. For kids who are already soccer fans, they get the added bonus of an introduction from United States women's national soccer team superstar Alex Morgan.

The book is broken up into seven chapters, with the first one titled “Kickoff!” offering a broad overview of the sport. Not being much of a sports fan, I didn’t realize how much of the sport was folded into the fictional game of Quidditch in the Harry Potter books, with the chapter explaining words like “Pitch” and “Kit.” Being a book about numbers, it also has a lot of fun laying out the 17 rules of the sport. It also answers the question of how the sport came to be known as “Soccer” in the United States when everywhere else in the world knows it as “Football.”

“Line ‘Em Up” is the name of the second chapter, which covers the players, their roles, and how their jersey’s have historically been numbered. Chapter 3, “They Like to Move It, Move It,” is all about the motions of the game. From scientific and mathematical principles that can help players improve their performance to learning how to “Bend it” (like Bekham), kids who already play soccer will likely get the most out of this chapter, which also covers some cool technological advancements being used to help the pros.

“Goalies Need Math!” is the fourth chapter, which is all about how an understanding of geometry can really help a goalie protect their box and how recognizing which types of kicks go where can help them make split-second decisions that can save the day. The rest of the book is more focused on celebrating the history and legacy of the sport in chapters called “Soccer Stats,” “Trophy Time” and “11 Crazy Numbers.”

It’s a Numbers Game! Soccer is a colorful book with lots of action photos and easy-to-understand images that will help kids become better at playing or understanding soccer. Each chapter ends with a “Try it Yourself” assignment and pop-up facts appear under three headings, “Digit-You-Know?,”Stat Story” and “History by the Numbers.” With National Geographic and ESPN collaborating on this series, kids have unprecedented access to the mathematical and scientific basics behind their favorite sports to help them improve their reverence for the game they love and their performance. The next book in the series is on baseball, scheduled for release in February 2021.