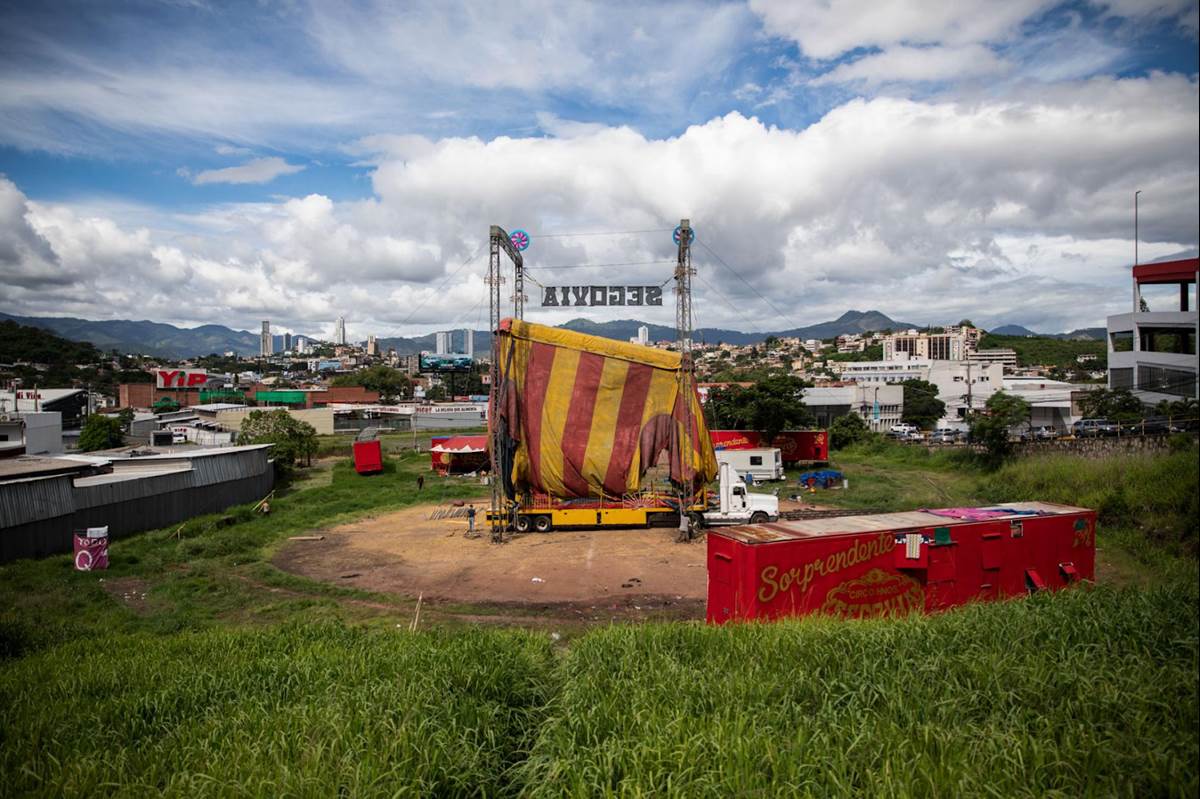 If Walt Disney hadn’t gone into animation, his backup dream was to be in the circus. While the great pastime has mostly fallen out of vogue in the United States, it’s still growing strong in other parts of the world. In this week’s episode of Overheard at National Geographic, host Peter Gwin takes a deep dive into a recent article by Nina Strochlik called “The spectacular tale of a stranded circus—and its great escape from Honduras,” which you can read here along with photography by Tomas Ayuso, who is this week’s main guest. This episode is called “A Traveling Circus and its Great Escape.”

National Geographic Explorer Tomas Ayuso was in Honduras to do a story about the impact of the global pandemic when he noticed a stranded circus tent on the side of the road and stopped to find out what was going on. The Segovia Brothers Circus, Central America’s oldest-running traveling circus, was on tour from Guatemala when the Coronavirus hit the area. Their audience quickly shrunk down to nothing and they were left without enough money for fuel to get back home.

Less than 40 people are part of this single-ring production without any animals and they all cram into a single truck that transports everything to each destination. Almost immediately, they stopped receiving funding from business partners as well and with a ticking clock on both their business license to return home and Ringleader Alejandro Segovia’s pregnant wife, time was of the essence. If their daughter was born in Honduras, they wouldn’t be allowed to bring her home to Guatemala. And with world leaders struggling to make plans in the spring at the start of the pandemic, their requests for help were going unanswered.

To get by, the circus set up their Globe of Death stunt on the side of a highway, performing motorcycle tricks inside and asking people who stopped to watch for food or money. Through people’s generosity, the performers remained fed, but they ended up having to sell off personal items and even their only truck to get by. As a last resort, Alejandro almost sold the electric generator that allowed their show to tour anywhere, which was a real game changer when the circus family acquired it.

Through it all, they never lost hope that they would get home someday and finally their prayers were answered through Alejandro’s wife Vany’s father, who also happens to be Guatemala’s most famous clown, Cepillin. He had been invited to meet with the Guatemalan President to talk about how circus owners were faring during the pandemic. With the legendary clown passing a letter from Alejandro on, the Segovia Brothers Circus received funding to help them return home.

Alejandro and his family dream of being able to reacquire the gear they lost to resume their shows someday, including their truck. In the meantime, they’re living off a monthly stipend Guatemala established for circus performers and additional side jobs to make ends meet.

You can read the full story and see lots of pictures from Tomas Ayuso on NationalGeogtaphic.com.