The Walt Disney Family Museum hosted their first Happily Ever After Hours event on January 13th, kicking things off with a toast to the new year. Jonathan Freeman was their special guest, the voice of Jafar in Aladdin and a Broadway actor who’s been in three Disney Theatrical productions, including bringing Jafar to life on stage. Here’s what we learned from Jonathan Freeman. 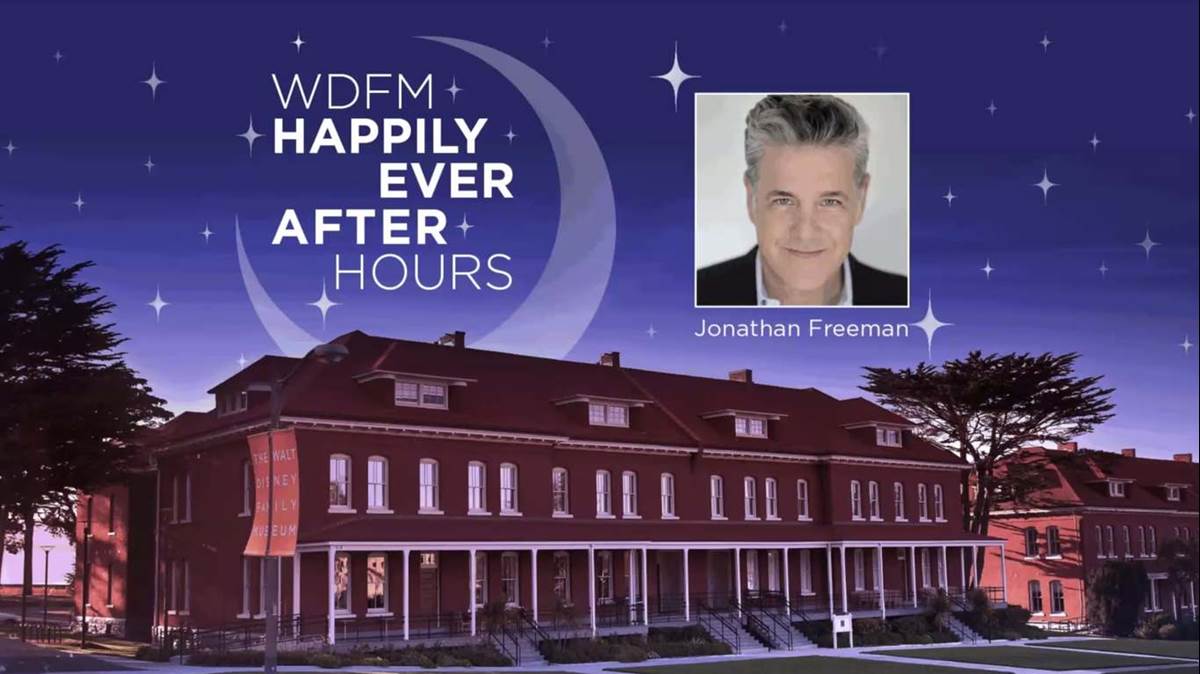 He Worked on Shining Time Station

As a puppeteer, Jonathan Freeman brought to life Tito Swing The Piano Man as a member of the Jukebox Band on Shining Time Station. The series that introduced American audiences to Thomas the train gave him the chance to work with Ringo Starr and George Carlin.

How He Was Cast as Jafar

In 1989, Jonathan Freeman was part of an off-broadway show called In a Pig’s Valise that co-starred Nathan Lane. The casting director, Albert Tavares, later became the casting director for Disney Feature Animation and asked Freeman to audition. He remembers his first audition, which was in New York City in a small room with an accompanist and a tape recorder. Six months passed before he got a callback, this time in front of a group of executives who covered their eyes as they listened to his voice. It was another six-months before he got the call that he was cast, a call that came on Christmas Day, 1990. By January 1991, he was on the Disney Studio lot for his first recording session.

Jafar Had Many Deleted Songs

There were at least five attempts at giving Jafar his own song in Aladdin. In the end, he only got to sing a short reprise of “Prince Ali,” but one of the songs went far enough into production that they fully recorded it with an orchestra. Jonathan Freeman remembers recording “Why Me” on a soundstage at MGM Studios, one of several used on The Wizard of Oz. Other songs only ever got to the demo stage and Freeman shared that before Gilbert Gottfried was cast, he would also do scratch tracks for Iago. The demo for “Humiliate the Boy” includes a few Iago lines by Freeman.

Jonathan always wanted to be part of a Disney animated film and asked to meet with Jafar’s lead animator, Andreas Deja, every time he had a recording session. Over the course of the project, the two became good friends and have gotten to reunite at fan events. He’s hoping they can do another panel together someday.

Taking Jafar to the Stage

Jonathan Freeman has been playing Jafar on stage for nearly seven years and he can’t wait to get back to it. After performing in Disney Broadway shows including Beauty and the Beast, The Little Mermaid and Mary Poppins, he stepped back into the familiar role of Jafar in Aladdin. It’s the same routine each show, but the collaborative cast and engaged audience make it fresh every time. Jafar’s voice is so wide ranging that the actor has to take vocal rest and treat his voice with warm beverages to keep up with the eight shows per week schedule.

Writer Ron Suskind shared the story of his son Owen in the book Life Animated, which inspired a documentary film. Owen, a boy on the autism spectrum whose ability to communicate was unlocked through his love of Disney, came to see Mary Poppins on Broadway and was excited that Jonathan Freeman was in the show as Admiral Boom. When Ron reached out to ask if he would call Owen for his birthday, it started a friendship that extended into a memorable moment from the documentary. Freeman joined Owen for an event where the two read lines from Aladdin, but unbeknownst to Owen, Jonathan had arranged for the voice of Iago, Gilbert Gottfried, to drop in as a surprise.