“King in Black” continues to spread throughout the Marvel Universe, this week finding its way to the Man without Fear. While we didn’t get to see the main story continued this week, Daredevil has joined the fray in his own tie-in issue, adding yet another element into this already massive story.

The Devil of Hell’s Kitchen has seen better days. As he tries to adjust to life in prison, his friend on the outside continues to work in his name. Meanwhile, the new Mayor of New York, who locked Matt Murdock up in the first place, is in for his own new problems in “Daredevil #26.” Matt Murdock is trying to come to terms with life in prison. Wilson Fisk finally got the best of Daredevil and put the superhero behind bars. As he continues to conceal his secret identity, he draws the eye of several prisoners who could pose a threat. Those are the least of his worries though once Knull’ forces arrive and overtake the prison.

Meanwhile, on the outside, Elektra has donned the cowl and take the name of Daredevil. She continues Murdock’s crusade to protect the innocent people of Hell’s Kitchen but given the recent happenings in NEw York, she may have bitten off a little more than she can chew.

Plus, just because he finally locked up Daredevil, doesn’t mean things are going all that well for the Kingpin either. The Mayor of New York is going to have his work cut out for him after the city has been trashed by a symbiote invasion. That’s if he survives the fight against Knull. 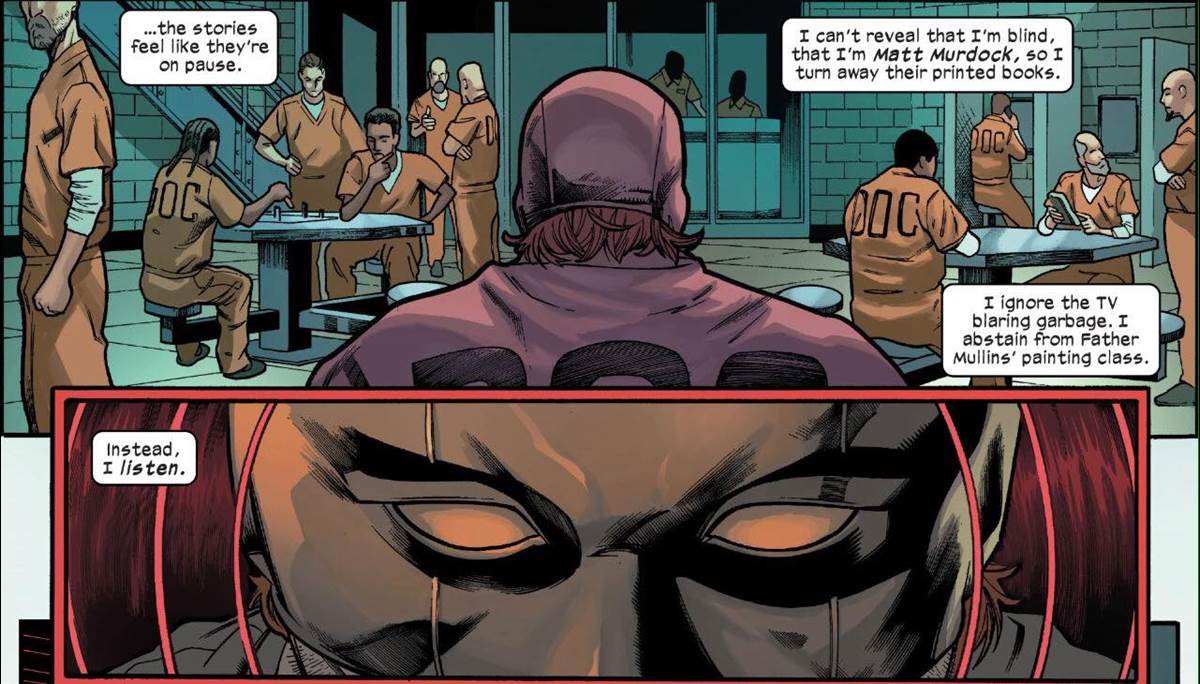 “Daredevil #26” is just another great tie-in to the ongoing “King in Black” series. It successfully tells three stories in one single issue and keeps readers on the edge of their seats the whole way through. It also gets three fan-favorite MArvel characters involved in the story.

While most of the action in this issue is the same as what we’ve seen in all of the other “King in Black” tie-ins, it never gets old seeing your favorite characters and how they interact with these symbiote dragons. Plus, Daredevil and Elektra always make for some fun fights. 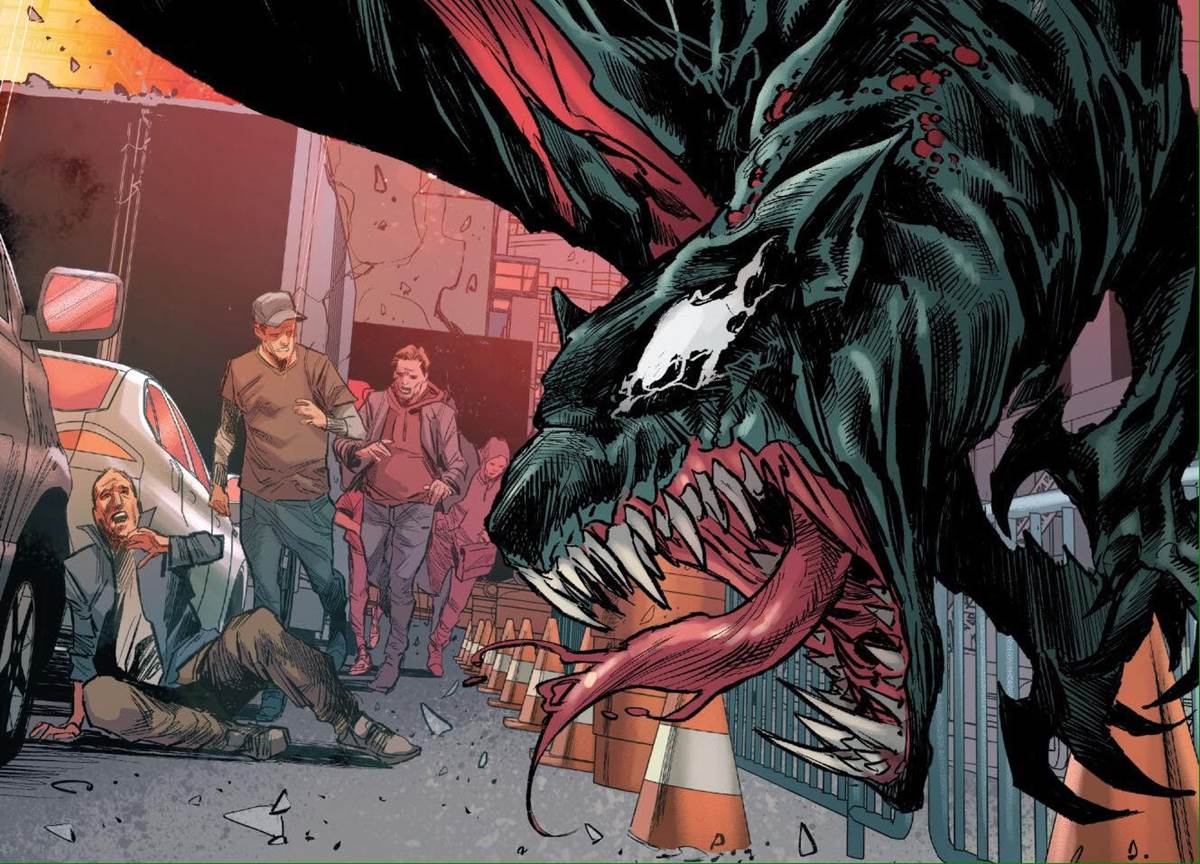 The one thing about these tie-in issues that has continuously been popping up throughout this event, is the new hope they provide for a way for the heroes to defeat Knull. While this issue does add some more heroes to the fight, it takes a dark turn that feels as though it could be the final nail in the coffin.

The surprise ending of this issue provides a lot of excitement and some really great art. In fact, the artwork throughout this issue is nightmarish in the best ways possible. Fans of the horror side of the Marvel universe will love this issue, and the ending will leave them wanting more. 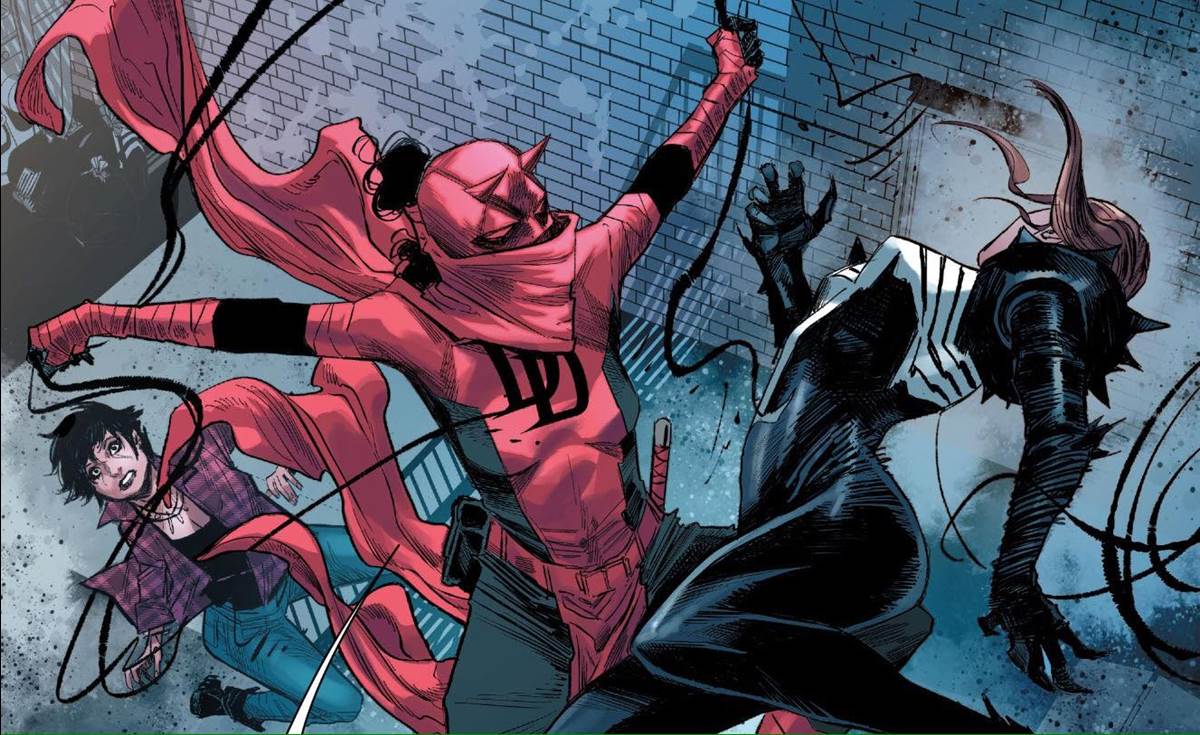