The time loop story is one that has been done again and again. It has been used in comedies like Groundhog’s Day, romantic comedies Palm Springs, horror films like Happy Death Day and even found itself into an episode of Marvel’s Agents of S.H.I.E.L.D.

So if all those genres can work with this type of story, surely an action film would work too, right? That’s exactly what the new Hulu original film, Boss Level, sets out to prove, and it absolutely does do. Boss Level tells the story of Roy Pulver (Frank Grillo), a special forces agents who find himself trapped in a time loop and being hunted down by a seemingly random group of mercenaries with a wide variety of skills. In order to break the loop and stop reliving his own death again and again, he must confront Colonel Ventor (Mel Gibson) to unlock the truth and save his ex-wife (Naomi Watts).

So what sets Boss Level apart from the other films that have used this plot device before? Honestly, not much. Despite its incredibly grim subject matter, it handles itself with a lighthearted nature and has a lot of fun with this incredibly specific subgenre. That’s not a knock on this film by any means. Boss Level is just as entertaining, if not more so, than all of the aforementioned films.

Of course, it is different from those films in that its primary focus is action. Grillo has become a bit of an action star in recent years, with major roles in films like Captain America: The Winter Soldier and The Purge: Anarchy. That experience shows as he shines in this role. There are also plenty of explosions, gunshots, swordfights and loads and loads of gratuitous violence. It never really goes over the top with gore, but it’s also not for the faint of heart. 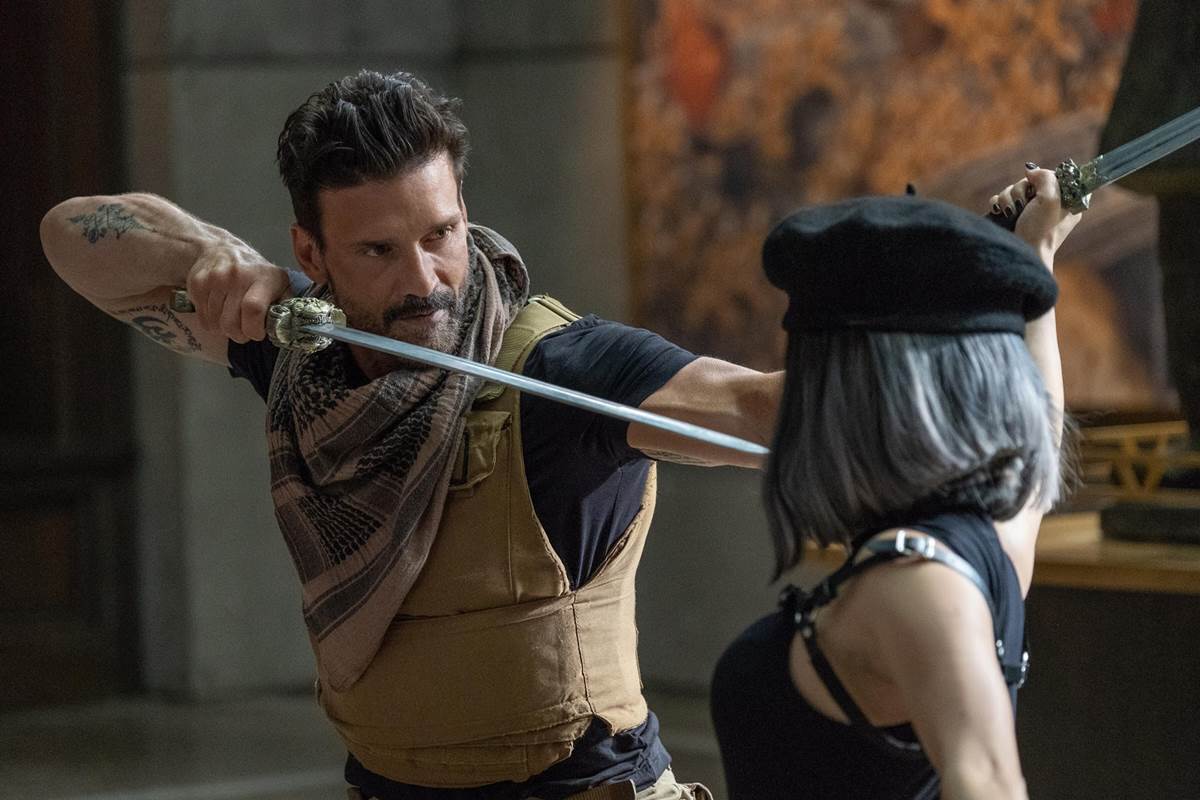 Of course, there is much more to the film than just crashing the same helicopter 200+ times. At its heart, Boss Level is a story about a family and a father who wasn’t there. Pulver quite literally has to learn from his mistakes again and again to put his family first and be there for them. It’s really a touching story surrounded by a whole bunch of explosions, stab wounds and decapitations.

Of course, a sci-fi/action film can really only go so far while taking itself completely seriously, especially within a subgenre like this one. Even though Boss Level provides much more of an explanation for its time loop thant any of those other films, it’s still completely self aware and realizes it’s based completely on impossibly flimsy science. So, with that in mind, this film provides more than a couple laugh-out-loud moments with some absolutely over-the-top ridiculous scenes. Plus, there are several references to the Captain America films, which will always get a chuckle from a Marvel fan. 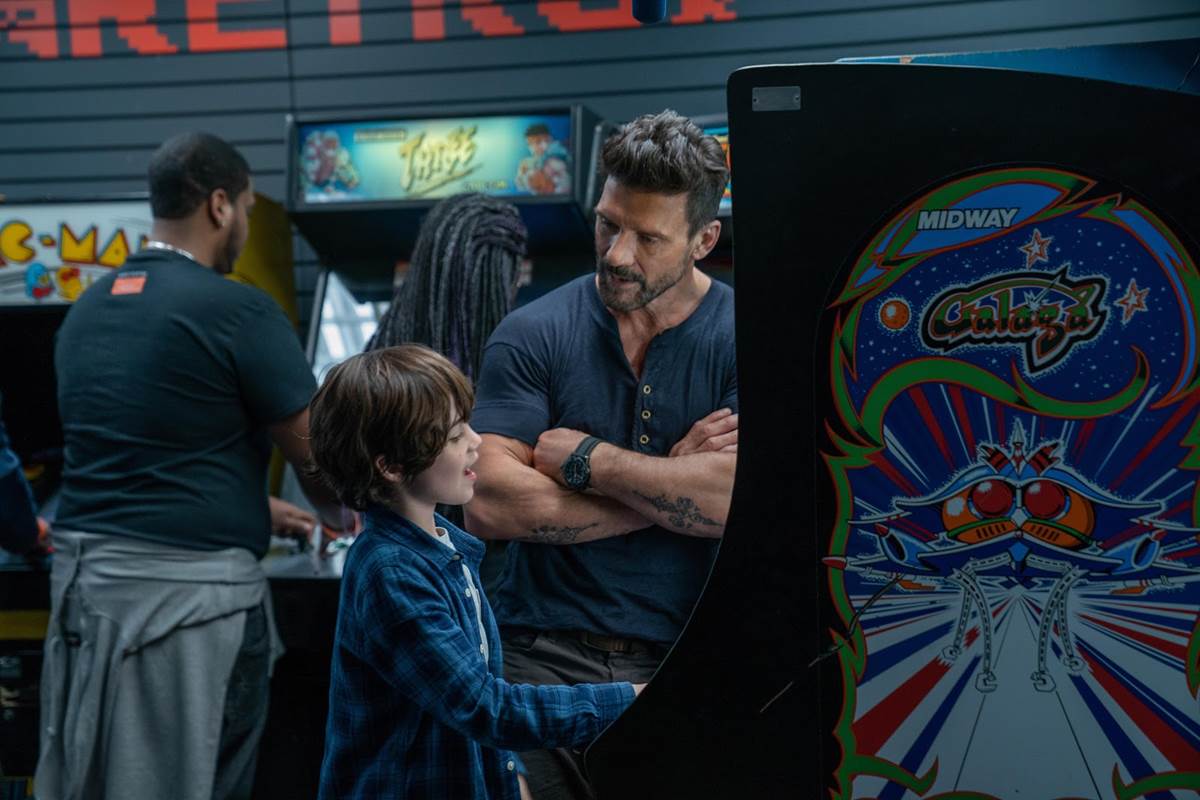 And all of the action, sci-fi and comedy works not only because of Grillo, great as he is, but also thanks to the great cast around him. Watts grounds the whole film as sort of the heart of the story, giving Grillo’s character a reason to solve his problem. Gibson is the perfect villain, delivering a stoic performance and creating just the kind of character you want to see Grillo kill. While none of the other characters really get all that much time, Watts and Gibson both play their roles very convincingly.

And then there is the ragtag group of assassins who hunt Grillo down again and again. Each of these seven ridiculous characters is so wildly entertaining and they’re all played perfectly. Selina Lo stands out, thanks to her numerous fight scenes and  her repeated catchphrase. 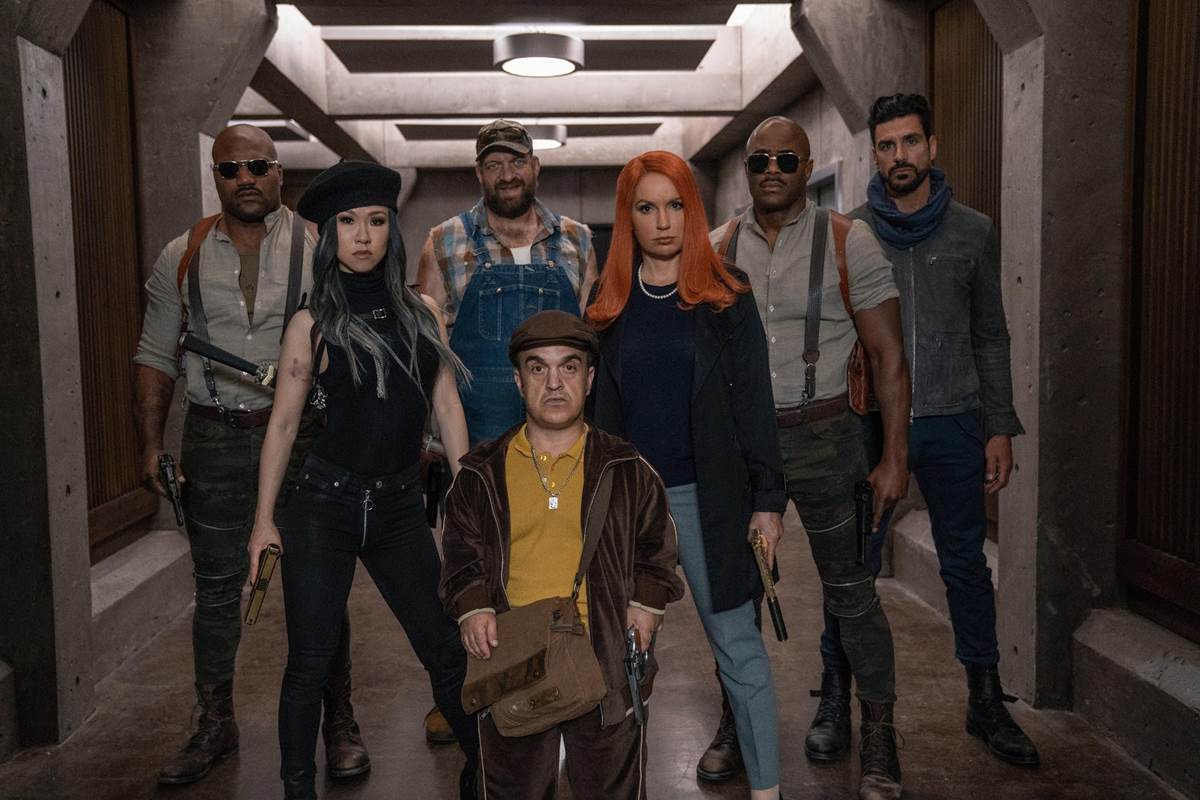 Overall, Boss Level is just a great time waiting to happen, and then happening again and again and again. If you’re a fan of the time loop subgenre, this brings everything previous films have brought to the table, and then some. The action is outstanding and delivered in so many different ways. And, even though it’s really a heart-wrenching story about a family trying to pull itself back together, it never takes itself too seriously and always manages to have fun with the ridiculous cast of characters and even more ridiculous premise. Simply put, Boss Level is wildly fun.