Overheard at National Geographic’s latest podcast episode goes back to a single-explorer interview format this week in “Deep Inside the First Wilderness.” But unlike many of the episodes of this type produced during the pandemic, this one finds co-host Peter Gwin out of the office and in the field with Photographer Katie Orlinsky. They tease that the project they were working on in November 2020 from the Gila Wilderness in New Mexico is part of an upcoming story that National Geographic magazine subscribers can look forward to. 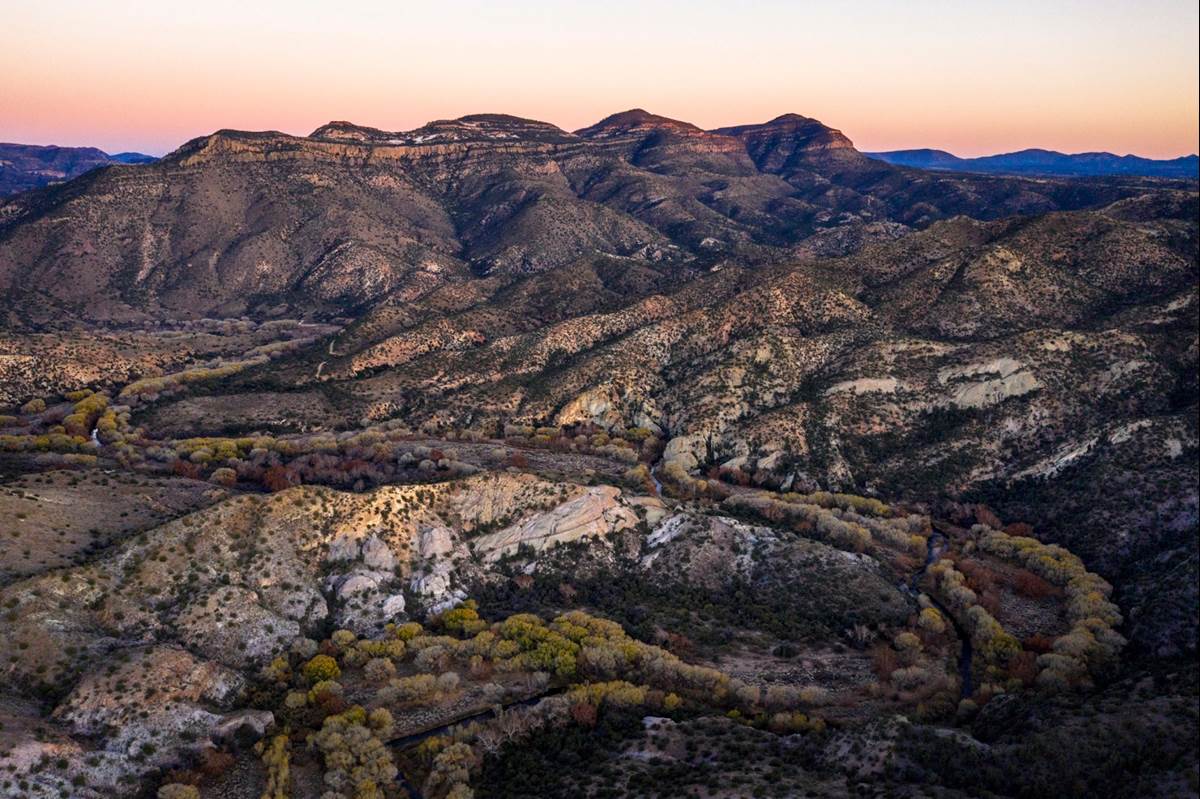 The episode is split between focusing on the challenges of photographing nature in remote and wild places along with how Katie Orlinsky became a photographer in the first place. Born and raised in New York City, she never studied photography, instead focusing on Latin American studies and political science. That’s how she ended up in Mexico working for a nonprofit organization, which led to working for a local newspaper. She began taking photos at protests and eventually captured the Oaxaca conflict on camera in 2006, which is what got her gears turning about shifting her focus to photography. Working alongside professional photographers from major news outlets, Katie taught herself how to take better photos and upgraded her own equipment.

While much of the work she was doing in Mexico was politically important, her focus began to shift to nature in 2014 when she was sent to cover the Yukon Quest dog race, going from warm Ciudad Juárez to the freezing Yukon in Canada. Photographing a thousand-mile dog sled race in the middle of winter along the old gold rush trail brought with it some new and unique challenges, including being exposed first hand to climate change. Frozen rivers that are part of the race trail thaw earlier than usual now and even ice roads that vehicles travel across become more treacherous.

“People think being a National Geographic photographer is all exotic travel and gilded sunsets, but what people don’t see is the times when it all goes wrong,” Peter Gwin explains while talking about the technical challenges he witnessed Katie endure on their trip through the Gila Wilderness. Within a federally protected wilderness area, the photographer had to travel by horseback with a sixty-pound backpack that fell on the first day, breaking the back half of one of her cameras. By the end of the trip, a main component of her tripod had been lost and the lens of her camera was cracked. Even still, she was able to take breathtaking photos, sometimes from the back of a moving horse, other times by climbing out on rocks with a steep drop off to get the best view.