National Geographic Kids and ESPN for the third entry in their It’s a Numbers Game! Book series by James Buckley, Jr., this time focusing on America’s national pastime, baseball. The series not only engages kids with fun facts and history about their favorite sports, but also helps them combine fun sports stats with math equations including algebra, geometry, statistics and measurement. If you’re the parent of a child who loves baseball, It’s a Numbers Game! Baseball can give them a better understanding of mathematical principles through the sport they love. 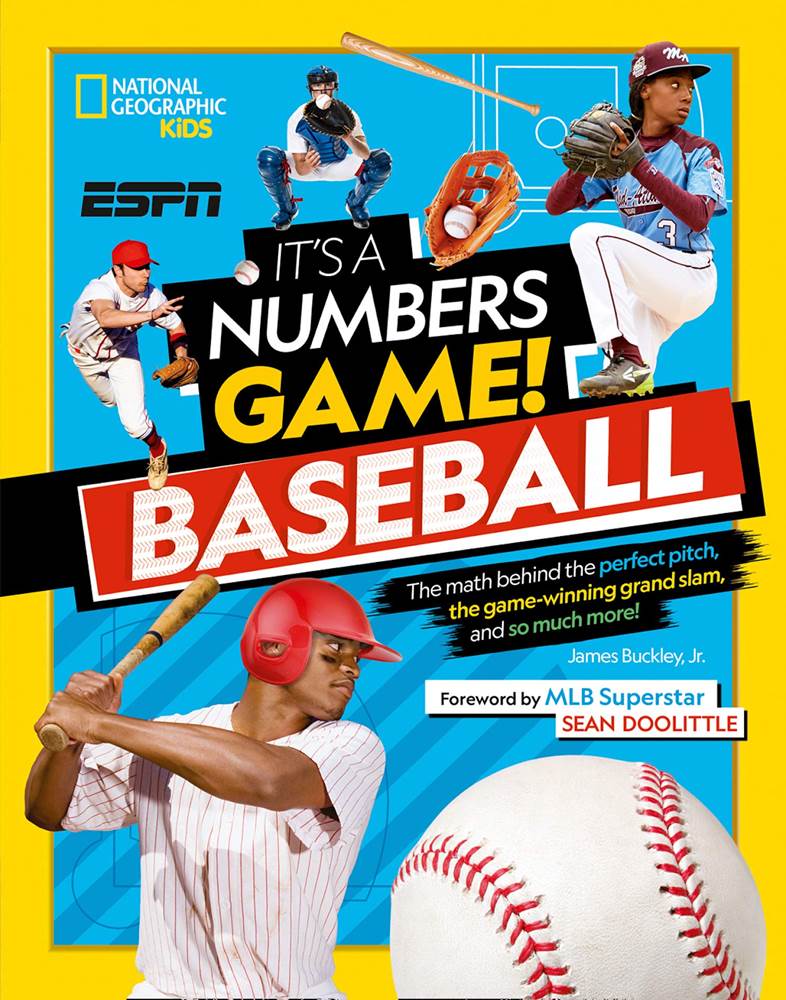 Broken up into 7 chapters, the first four cover how the game is played and its history. Readers will learn how the baseball diamond got its shape, regulation facts about balls and bats, and even how baseball hats became synonymous with the sport in addition to starting a fashion trend. These chapters also include some incredible states from Major League Baseball and Major League Softball, which allows the photo-heavy pages to represent a broader diversity of players.

The final three chapters focus more on numbers, giving readers some incredible stats in addition to a look at how baseball varies around the world and why it’s not currently an Olympic sport. Each chapter ends with a “Try This!” page with an optional assignment for kids to put these skills into practice. Sometimes it’s a way to improve their own baseball playing skills, sometimes it’s turning relatable data into a math exercise, like taking the concept of a batting average and applying it instead to all of your text messages over ones that contain emojis, or the times you road a bike over the times you rode a bike uphill.

With colorful pages and photos of the game in action, readers not only learn about why math is important to baseball, but also how math has helped improve the sport. It briefly touches on some controversies, including a blurb about the steroid scandal that mars the records of Mark McGwire and Sammy Sosa, and information about the negro league. While the book was published in 2021, the stats used come from before the MLB incorporated the negro league’s numbers. For example, it lists the best single-season batting average as Nap Lajoie, but the adjusted stat gives that credit to Josh Gibson.

Headlined by a foreword from Sean Doolittle, It’s a Numbers Game! Baseball adds to the Nat Geo Kids and ESPN collaborative series, with previous entries themed to basketball and soccer. Like all entries in the series thus far, It’s a Numbers Game! Baseball does an outstanding job of simplifying the history of the sport, giving tips on how to improve a player’s performance, and underscoring the importance of math and science. It encourages kids who love sports to also adopt a love of math while helping them better understand the sport they love and the science behind it. 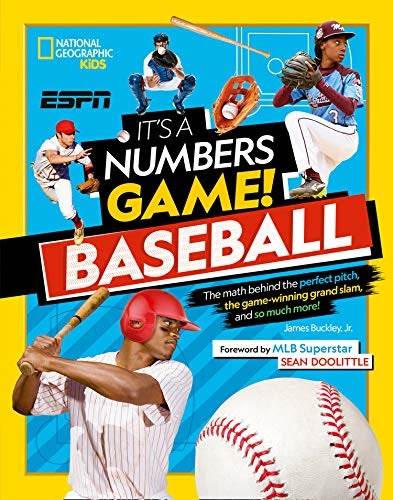