What Does the “WandaVision” Series Finale Mean for the Future of Wanda Maximoff in the MCU?

Today marked the series finale of Marvel’s WandaVision, bringing an incredibly wild ride to an end. Of course though, in true Marvel fashion, it didn’t do so without leaving a few loose ends and teasing some future projects. We know Wanda’s story will continue in Doctor Strange in the Multiverse of Madness, but what can we expect to see from The Scarlet Witch? Where we left off

WandaVision wraps up with Wanda destroying the hex and giving up her new family. She tells Monica she doesn’t understand her powers but she will. Then, she flies off, leaving Westview behind.

Of course, that’s not the last we see of her. While most of us were expecting to see Doctor Strange show up and offer his services as Wanda’s new teacher of the mystic arts, what we got instead was much darker. Wanda has found herself a new home at what appears to be Wundagore Mountain, her birthplace in the comics. While an illusion of herself walks her new home, she is really in the back practicing magic as she reads from the Darkhold, the powerful book she has apparently taken from Agatha Harkness.

As she practices her magic, we can hear Billy and Tommy calling to her for help. It appears she will do anything to bring her children back and that includes practicing dark magic. I guess Wanda still has some dark days ahead of her. 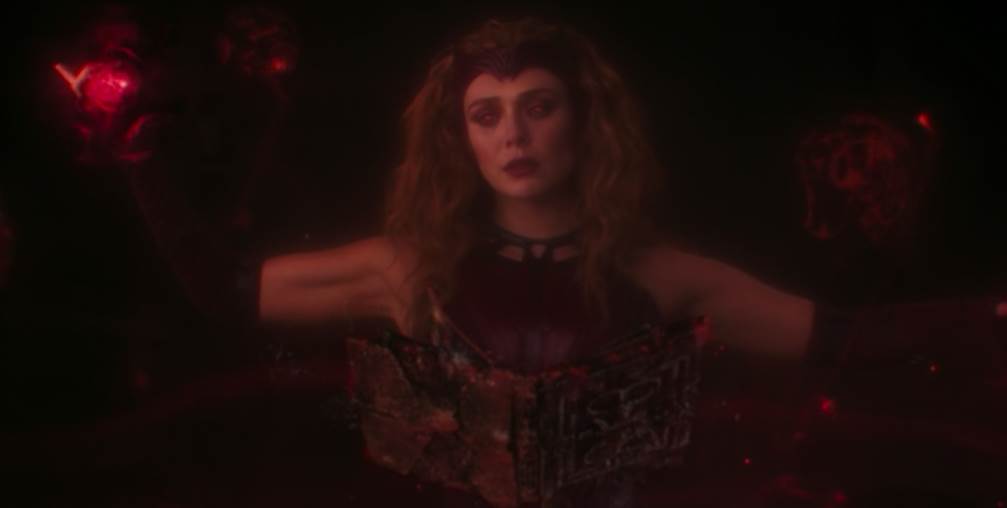 What is the Darkhold?

The Darkhold is a book of spells and teachings of an evil elder god known as Chthon. Its teachings include the darkest of magics and serve as a gateway for Chthon’s powers to return to Earth. In short, this book is bad news.

Wanda may be trying to get a better understanding of her powers, but she is doing so by reading from a very dangerous book. This is likely going to lead to her either unleashing something sinister on Earth or perhaps even becoming one herself.

Over the years, the Darkhold has been used by a variety of villains to summon monsters, enhance powers and do all kinds of evil things. It has fallen into the hands of the likes of Baron Zemo, Carnage, Morgan le Fay and many others. 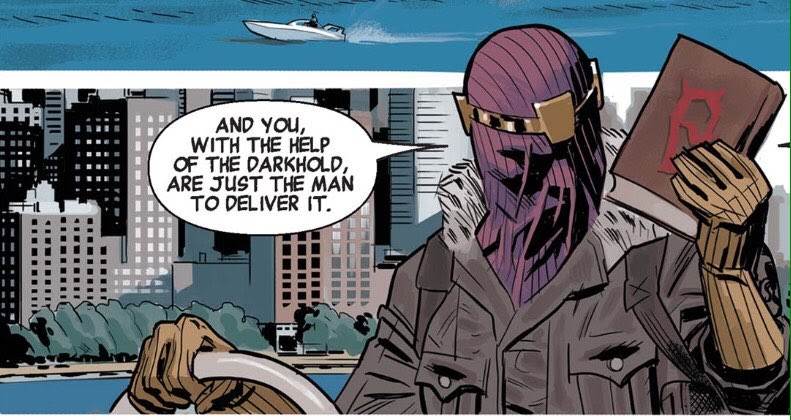 The significance of this location goes beyond just being the birthplace of Wanda and her twin brother Pietro. It is also the location at which Chthon is imprisoned for some time. So, it stands to reason that if Wanda is in the same location as this evil elder god and practicing his teachings, this could become a very important location for the MCU. It might just be the location of the next big fight if Chthon awakens here. 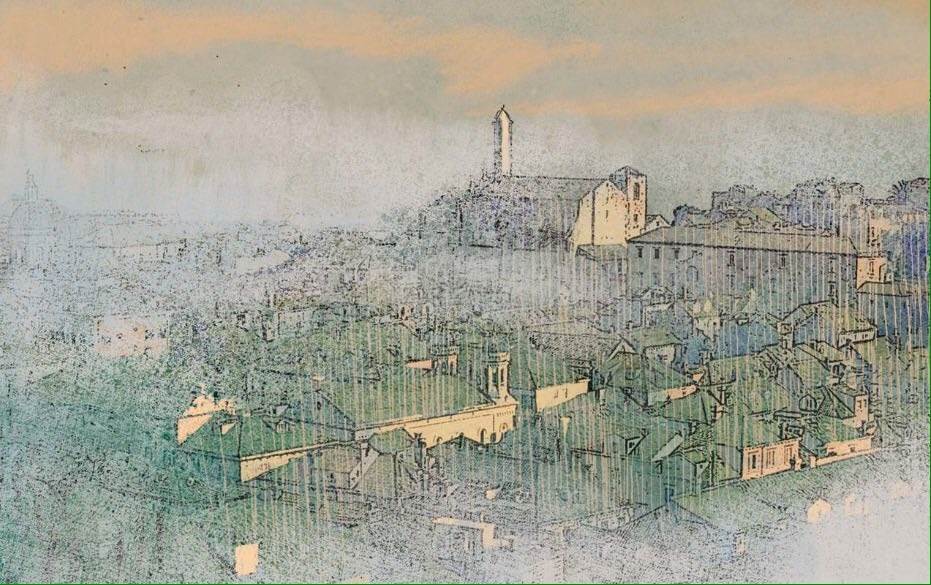 As mentioned, Chthon is an evil elder god with immense power. In the comics, he has actually possessed Wanda in the past, causing her to be a powerful member of Captain America’s Hydra in the “Secret Empire” arc. If released, this is an entity that even Doctor Strange can’t defeat on his own. Whether it’s through Wanda or in another form of his choosing, Chthon would certainly make a formidable opponent for our heroes, and Wanda might just be on the verge of waking him up. 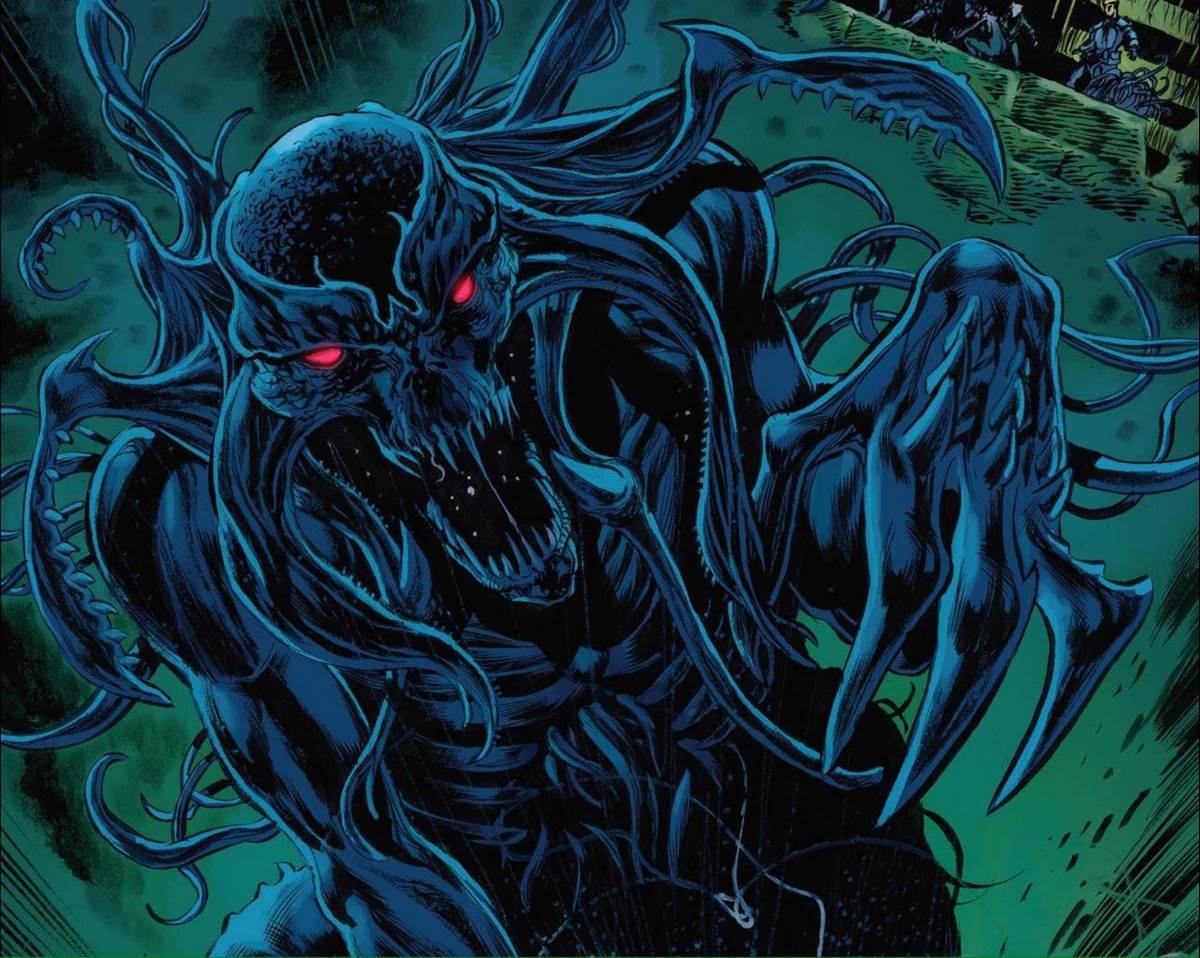 What about the kids?

Wanda isn’t just playing around with this dark magic for fun. She is trying to bring her children back. In the comics, this becomes an obsession that leads her down a dark road. In the comics, that means killing Agatha Harkness and several Avengers. It would seem things will go a bit differently in the MCU, but we still might see an obsessed Wanda doing some bad things to get her children back. And that brings me to one last point…

I know. I know. We’ve been down this road and we’ve been… um… burned before. Still, Mephisto is so intertwined (quite literally) with the story of Wanda’s children that it will always seem likely he could pop up in the future. The souls of Billy and Tommy are actually pieces of Mephisto in the comics and they eventually become reabsorbed into the demon.

That doesn’t seem to be the case in the MCU, so it seems like we would see a drastic change in the story. However, there is still a path here. Like I said, Wanda will likely do anything to get her children back. That includes making a deal with the devil himself. Mephisto is known to get people to sell their souls and Wanda might do just that. Like Chthon, Mephisto would make another big villain for the future of the MCU. 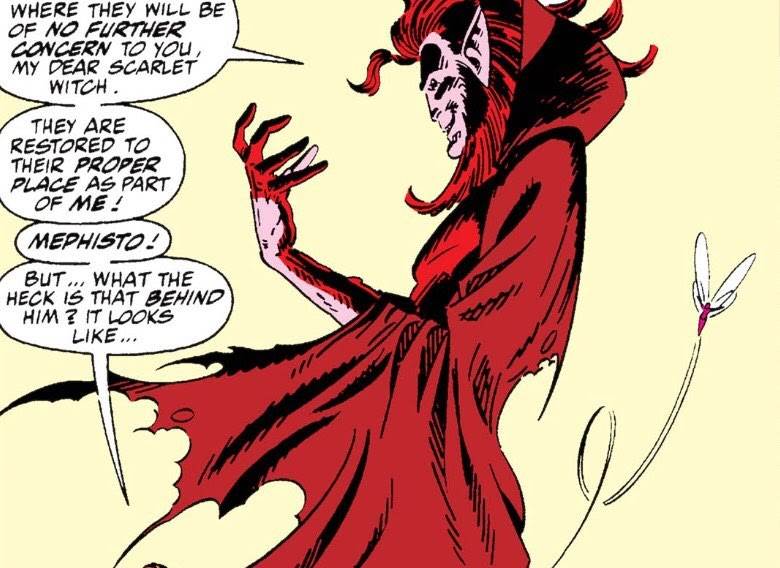 It will still be some time before we learn exactly what is next for Wanda in the MCU. Doctor Strange in the Multiverse of Madness is currently slated to hit theaters in March 2022. In the meantime, we’re left to speculate as to what might be next for the Scarlet Witch.

You can watch WandaVision in its entirety on Disney+ now.